Apple MacBooks are great machines. Arguably, they are singlehandedly reviving the laptop genre after the early decade’s tablet onslaught.

They’re light, built with usability in mind and dripping with style. And what’s even more appealing is that you know exactly what you’re going to get when you purchase one.

But we can’t really say that the MacBook is always the best laptop money can buy.

Other manufacturers, including Lenovo, Acer, Dell and the like have been crafting some business-friendly beasts for a while now, and thanks to the leap in cool, quick hardware including SSDs and fanless processors, these little machines have been getting better and better.

So, don’t fancy a product named after a fruit? Here are eight alternatives for the more savvy and demanding buyer.

The Acer Switch 10 is playing in the tablet-hybrid genre — essentially a laptop with a touchscreen. Although it sounds cumbersome, the idea comes off pretty sleek and stylish. The magnets that attach the screen to keyboard . It’s a good deal smaller than the 13.3-inch MacBook but the 10.1-inch screen attaches using a Snap Hinge, which gives the a tablet or laptop profile. The device boats a microUSB port, mini HDMI out port, and rather strangely, one full-size USB 2.0 port.

The Switch 10 comes with Windows 8.1 pre-installed and an Intel Atom Z3745 Bay Trail CPU under the hood. It’s paired it with 2GB of RAM and a 64GB internal flash storage drive.

Acer also offers a less-expensive model with only 32GB of storage, but that’s really pushing it for a machine running Windows 8.1. Apple may have nailed under-key lighting on the MacBook, but Lenovo stepped it up a notch with the Y50 Touch 4K and its AccuType keyboard.

An Intel Core i7-4720HQ CPU powers a 15.6-inch 4K display, and when paired with JBL stereo speakers and subwoofer with Dolby Advanced Audio inside, it make for a powerful but portable multimedia powerhouse. It’s so thin that the MacBook Air may want to go on another diet. There are also two smaller models — the 10.1-inch T100 Chi and the 8.9-inch T90 Chi — perfect for toting around in those smaller satchels and purses. The XPS is quite a legendary name in the laptop space, and it’s Dell’s Apple pretender. The 12-inch model is the smallest in the range, but that doesn’t mean it’s underpowered.

There’s an Intel Core i5-4200U clocked at 1.6GHz and a crazy 180-degree flipping screen, to turn the laptop into a tablet and vice versa. What’s even more impressive is the carbon fibre body and the curious but nifty flip-screen design. One doesn’t really associate Samsung with laptops anymore, but the Korean company still boasts a few gems in its lineup. The Ativbook 9 boasts an Intel Core i5 CPU, a 128GB SSD and a 13.3-inch 3200×1800 touchscreen display.

On either side of the laptop, you’ll find a full-size USB 3.0 port.

Okay, so not a direct competitor on specs alone, but it’s a good indication of what MacBook-level money can buy. Dell-owned Alienware boasts a troop of Intel Core i7 CPU options, 32GB of RAM, an optional RAID configuration and a 3D 1080p display, if you enjoy a good game between meetings. And speaking of gaming, there’s an Nvidia GeForce GTX780M GPU with 4GB of VRAM, which should easily play the most demanding games on medium settings.

Microsoft Surface Pro 3 models can be had with a range of Intel Core i7 CPUs and up to 512GB of internal storage for the lofty models. The Surface Pro 3 is wrapped in a metallic glaze that opens up to a colorful keyboard (you choice in colour, obviously). It’s another example of a tablet-hybrid too, and the aptly-named Surface Pen allows users to jot notes or draw on the device.

I would buy this laptop a drink if I saw it at my local pub. Designed to look like the super car of laptops, the keyboard lights up slowly with an aquamarine glow that makes Apple’s keyboard seem garish. Weighing 1.3kg, with a 2560×1440 touchscreen and 12.9mm thick profile, the Aspire S7 is definitely one of the prettiest machines on the market.

It also has an upgraded cooling system to eke out that battery life even further. 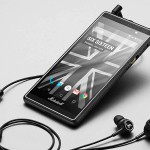