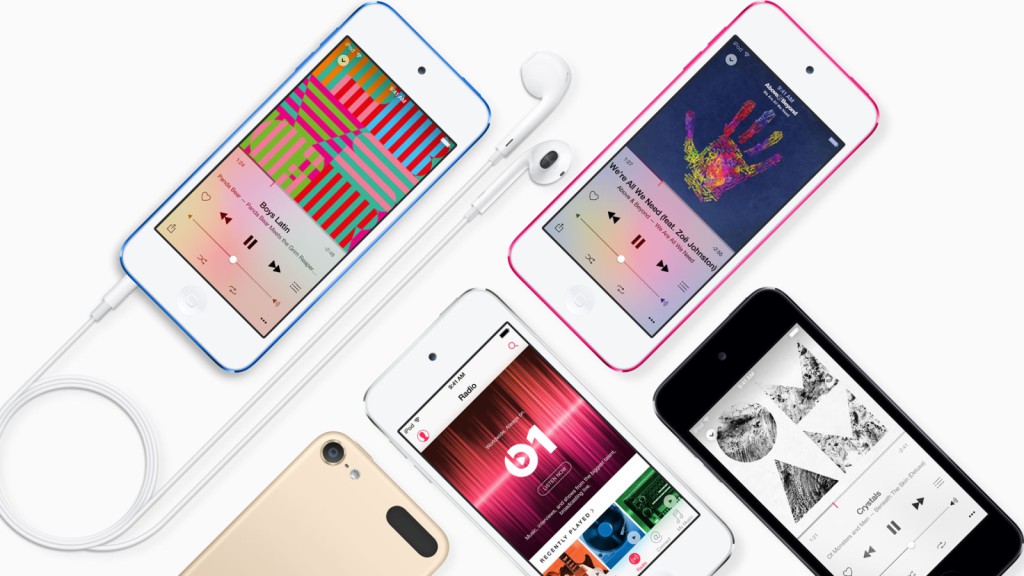 Apple has finally given its iPod family a makeover, from the iPod shuffle, to the iPod Nano and of course the iPod Touch. Sounds pretty exciting and knowing Apple, fresh new twists and revolutionary ideas popped into mind.

The new Shuffle and Nano have new colour options including gold, silver, space gray, pink and blue. Apple is also offering a Product Red iPod colour options in support of the elimination of HIV/AIDS in Africa.

The new Touch doesn’t really grab anyone’s attention, with a new 8MP camera which includes new slow motion and burst features. It also features a 64-bit A8 chipset (similar to that used in the iPhone 6) for faster operation and better graphics for gaming, M8 motion co-processor for fitness tracking, a 4.0-inch screen, faster 802.11 ac WiFi support and Bluetooth 4.1.

Launched in October 2001, the first Apple iPod took 1000 songs and put them in your pocket, which at the time was pretty revolutionary. Times are changing, and now music is moving to smartphones. With the streaming music business booming, the iPod seems to be more and more of a pointless endeavour. The last updates to the iPod occurred almost three years ago. October 2012 marked the last iPod Nano refresh, as well as the last big hardware update for the iPod Touch.

Read more: Why we still need the iPod

Since 2008, the iPod has been making a slow but gradual exit, not the most surprising move seeing as the iPhone stole the spotlight in 2007. iPod stocks in the Apple store have even been seen to take a few extra days to arrive when ordered and Apple has even warned buyers about availability of the Shuffle.

For now, all we can do is watch as the classics get edged off the shelves, which may cause a spike in online purchases as collectors seek to savor the last of the musical i-legends.