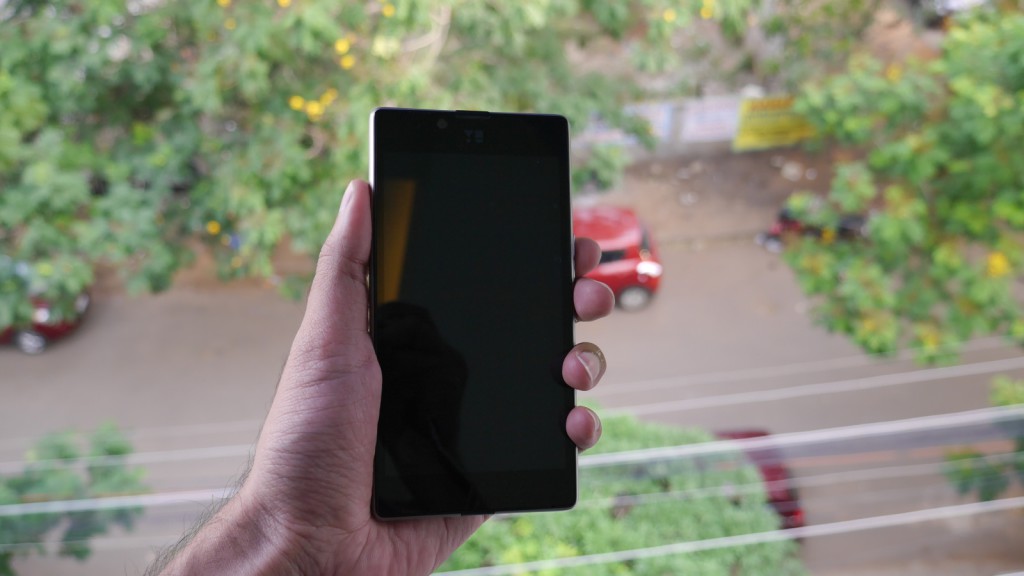 The YU Yuphoria is the second smartphone offering from Micromax‘s new sub-brand. It’s destined to compete with the likes of the Xiaomi Redmi 2, the 2nd gen. Motorola Moto E, Lenovo A6000, Android One devices, and a bunch of other entry-level smartphones. It offers a metal shell, industry leading hardware specifications, dual-SIM 4G LTE connectivity, and Cyanogen OS powered by Android Lollipop. What more can you ask for as little as US$110, right?

Well, more often than not, good hardware specifications don’t result into actual real-world performance in the smartphone industry, so let’s check out how this device performs in real-life conditions.

It’s the only device in its price range to offer a metal build, but it’s not a metal unibody. Metal is used in making the frame of the device, while the other bits are built using plastic. It has a distinctive look, unlike many other devices, thanks to the concentric circular decoration around its primary camera module. The plastic bits at the top and bottom of the device surrounding the headphone jack and microUSB port look very cheap though. The removable back hides the battery, microSD card slot, and two micro SIM card slots beneath it.

The device feels solid when held and has rounded corners, so it’s easy to hold. The volume rocker and power buttons are placed on the right hand side. The power button lies between the volume buttons, and all these buttons are joined together, leaving no space in between. This makes it difficult to recognise them without looking. Also, the buttons feel mushy as there’s little tactile feedback.

The metal frame started losing its colour once it rubbed off with other metal things, which shows that the company is cutting some corners, or that the quality control process isn’t thorough enough.

The 5.0-inch display used in the Yuphoria has an IPS LCD panel with a resolution of 1280×720 pixels, bringing its screen sharpness to 294ppi. It’s one of the few phones in its price range to have Corning’s Gorilla Glass 3 protection for its display. It’s sharp enough for almost all use cases, but the viewing angles aren’t great. You can notice colour shifts when changing the viewing angle horizontally. Also, the display is on the warmer side, so you can notice pink hues while displaying whites, and the black levels aren’t deep. When watching movies, I noticed that blacks were displayed as darker shared of grey.

There were a lot of touchscreen issues with the initial software, and I couldn’t type a word properly without slowing down the tapping. This issue got resolved after the recent software update though. The loudspeaker is loud, but very shrilly. It has that annoying sound signature that makes me ditch it in favour of headphones. Also, because its placement at the back, the sound usually gets muffled when you place it on the bed or a table. The audio for voice calls was decent through the earpiece though.

The imaging department is where the YU Yuphoria defeats every other offering in its price range, at least when you look at on-paper specifications. 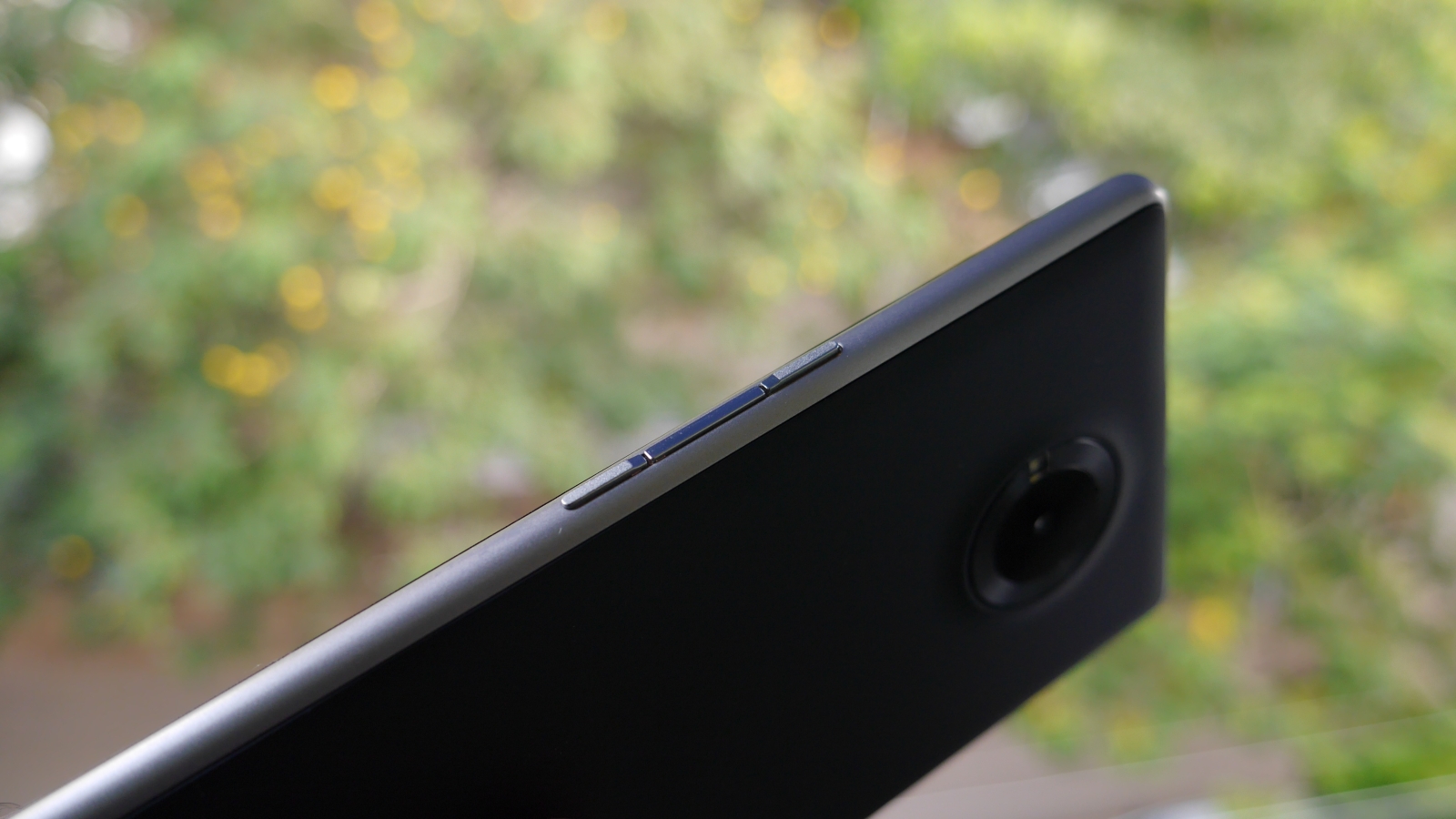 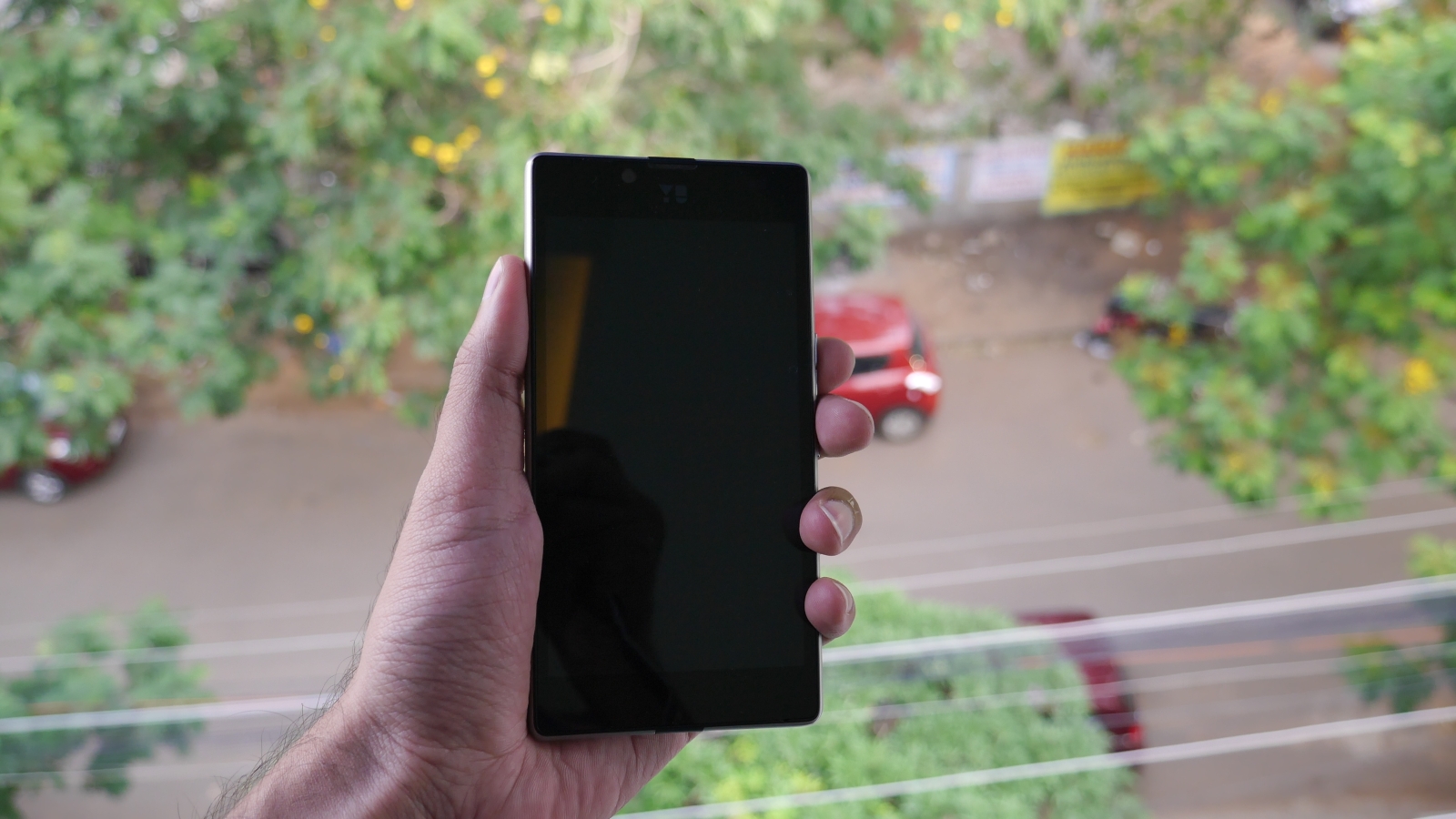 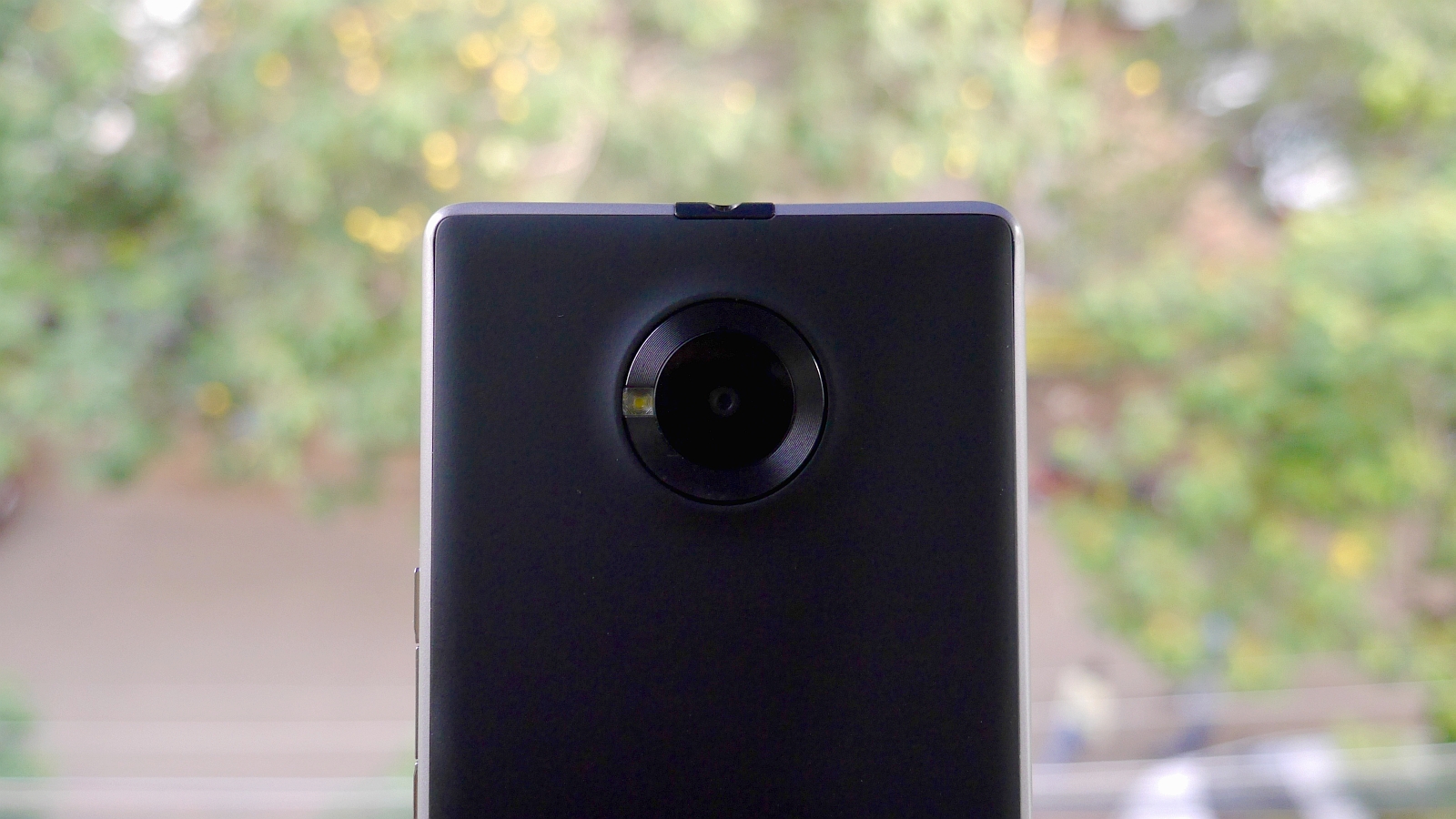 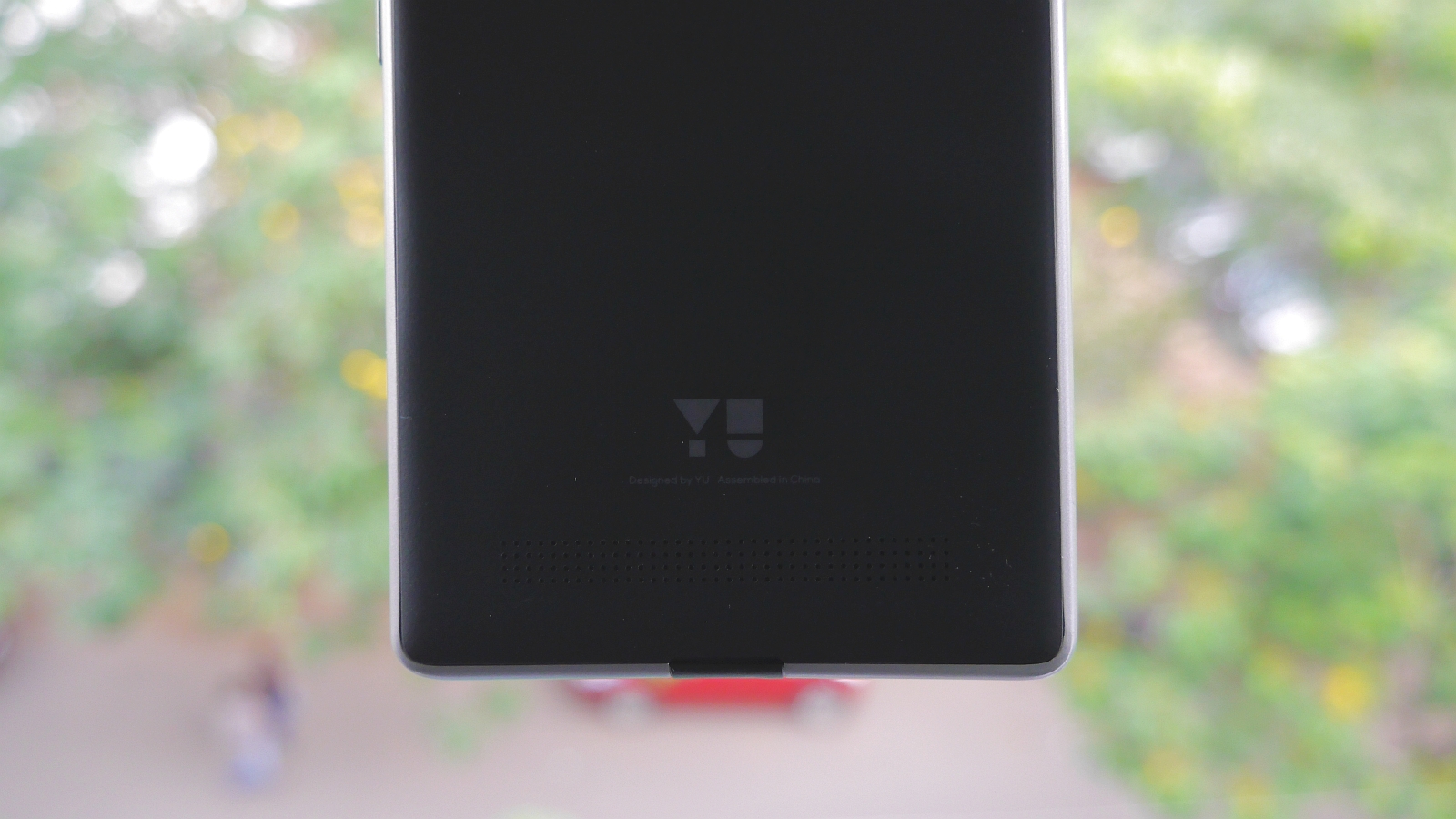 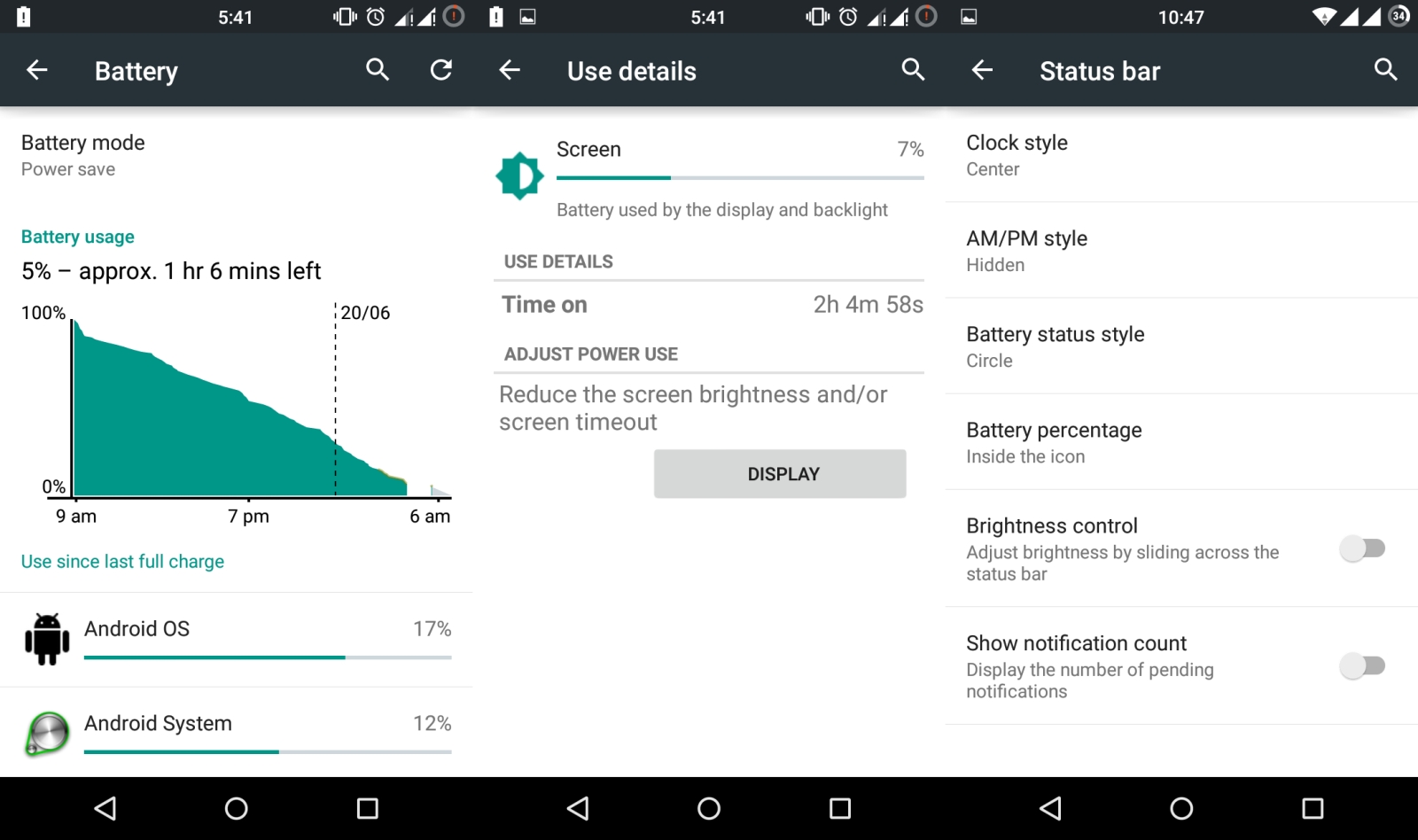 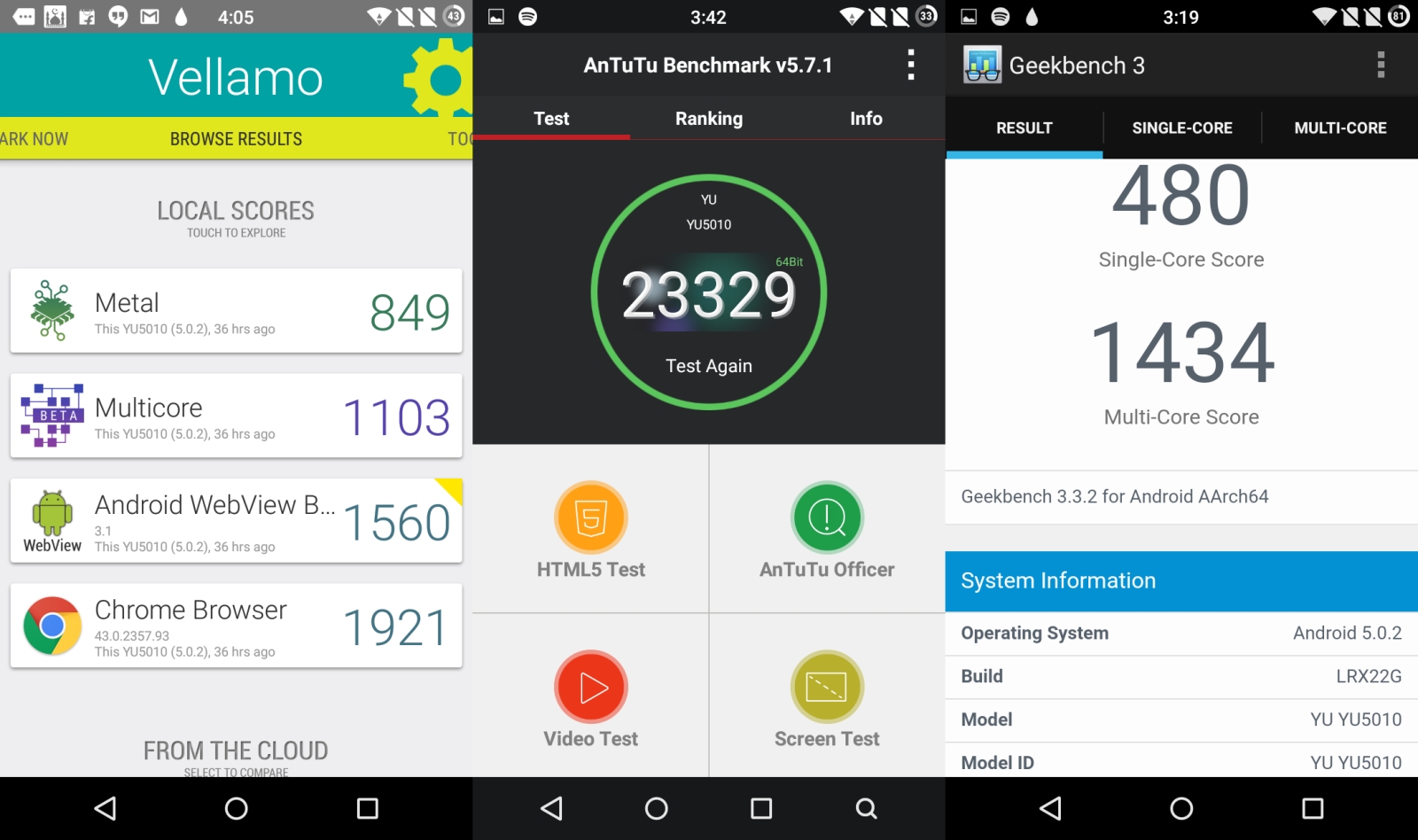 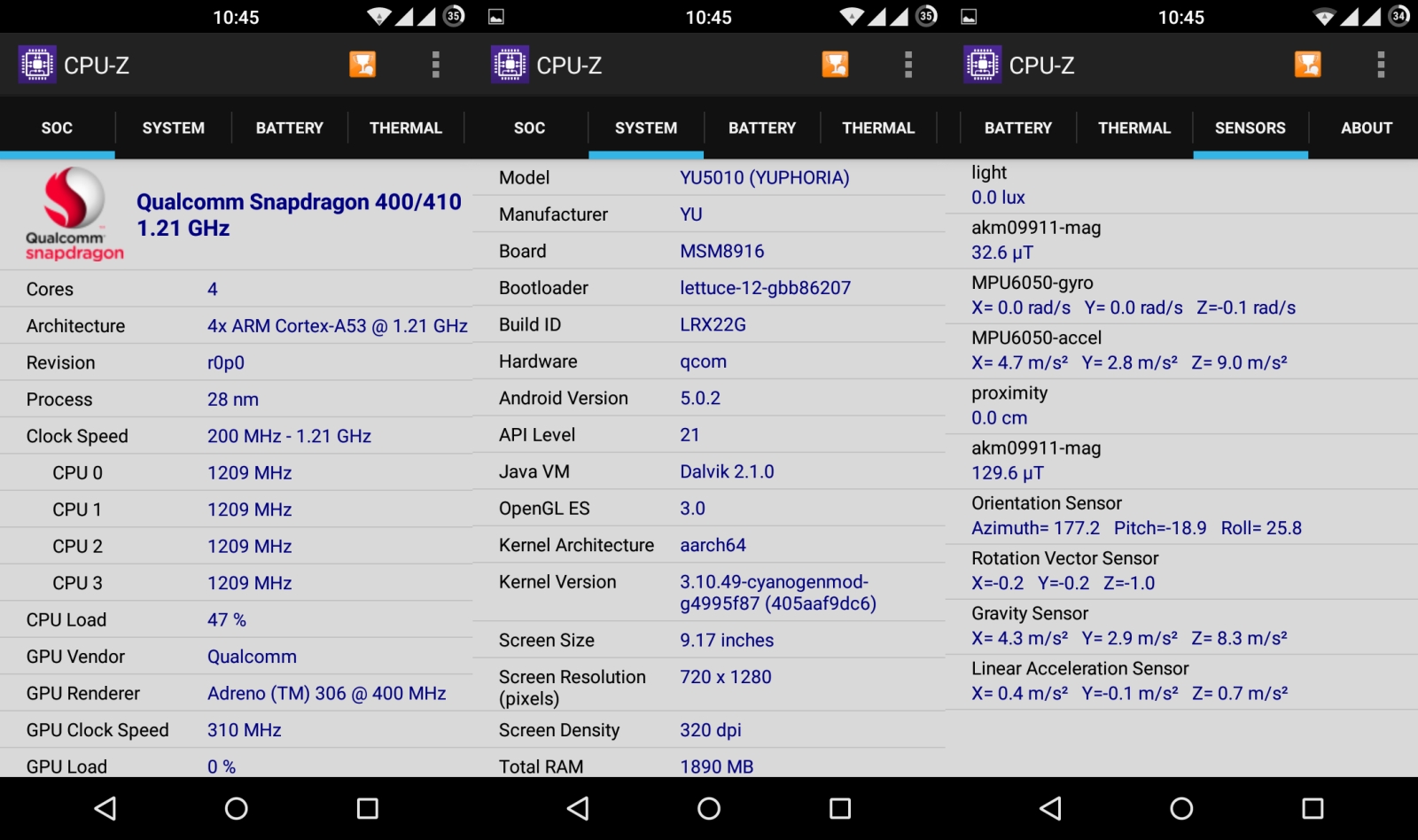 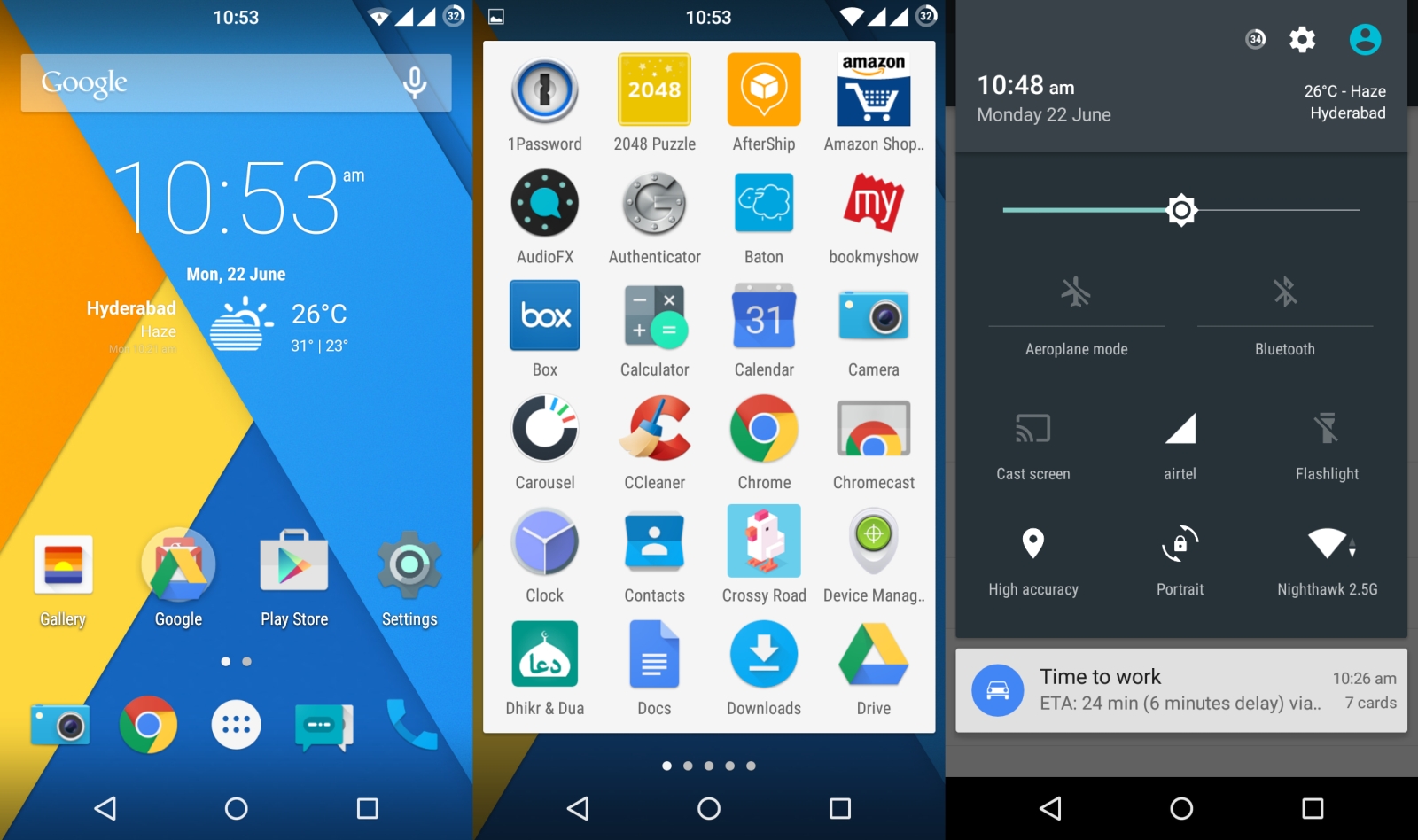 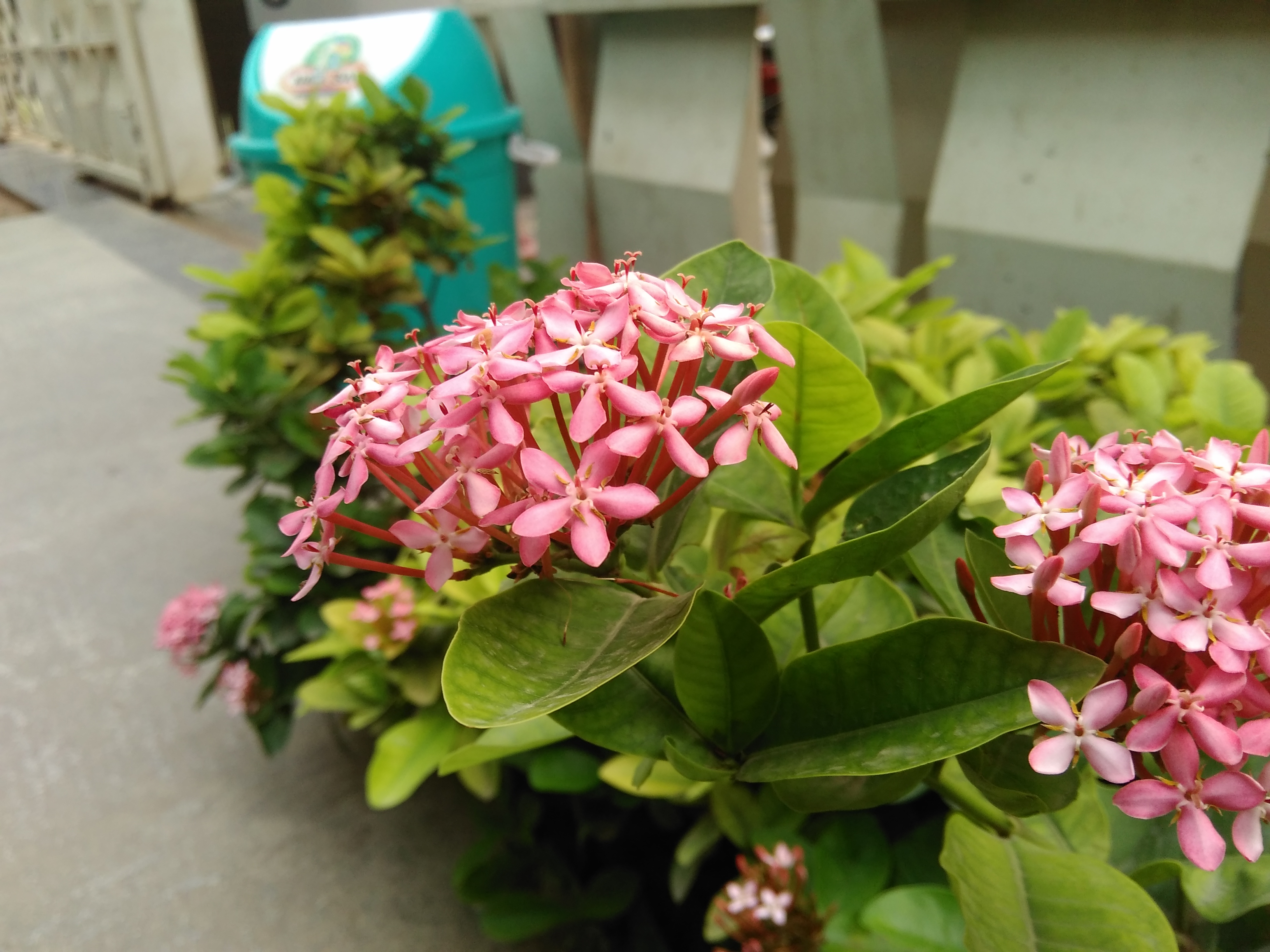 Focusing on close ups is a bit difficult but isn't impossible. 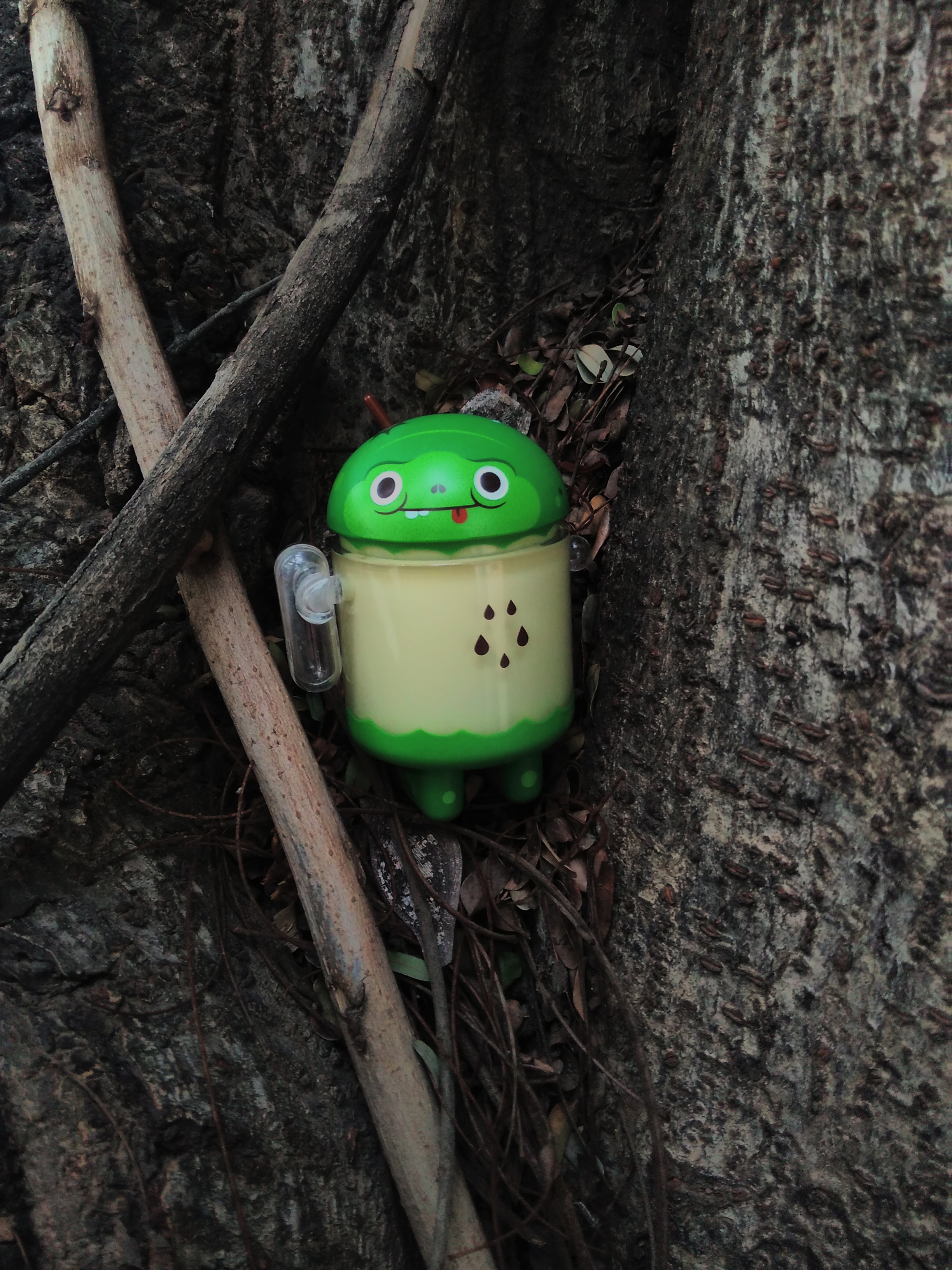 The YU Yuphoria's camera definitely has some great colour reproduction. 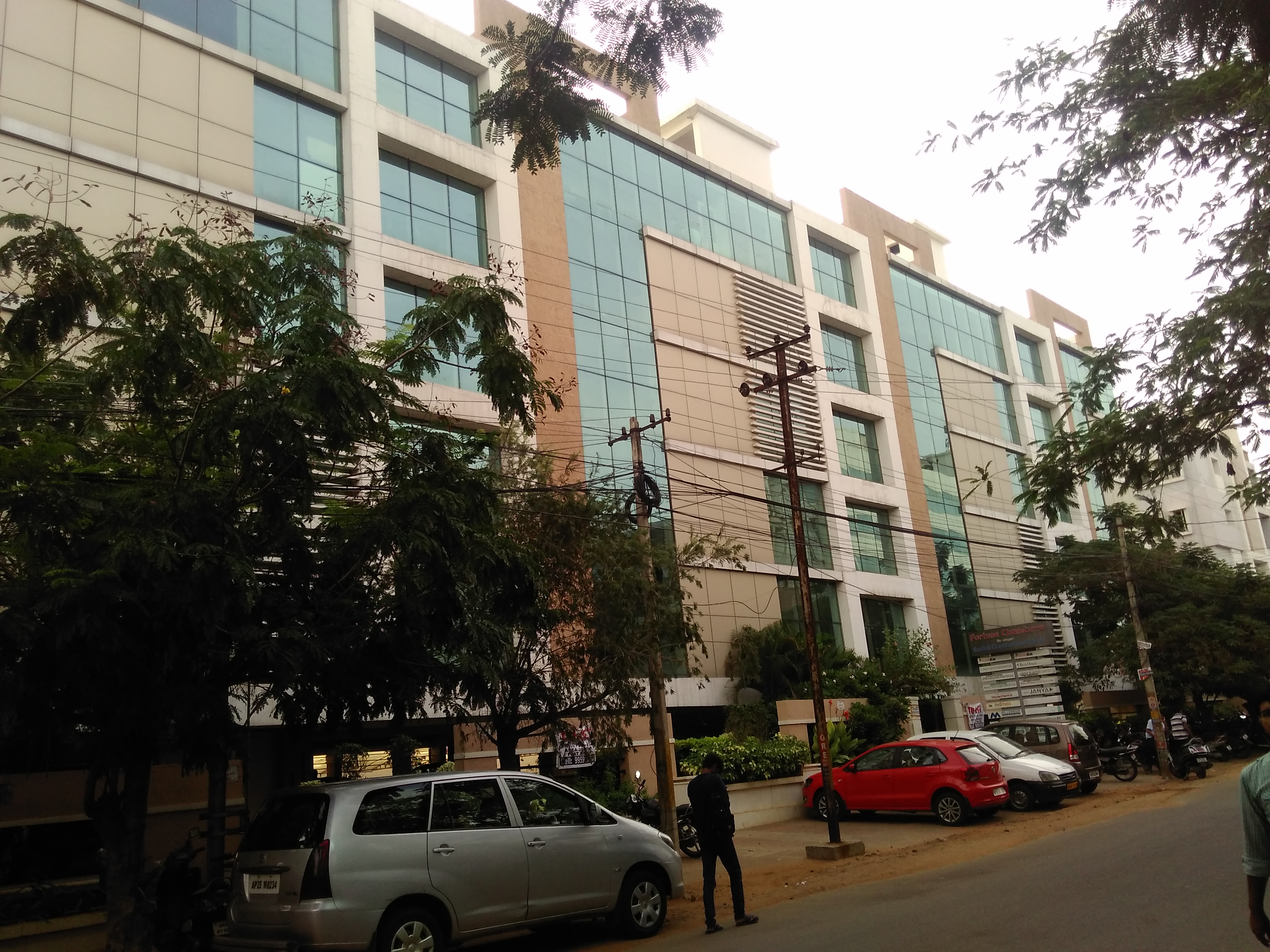 It's a reasonable camera, considering its modest price tag. 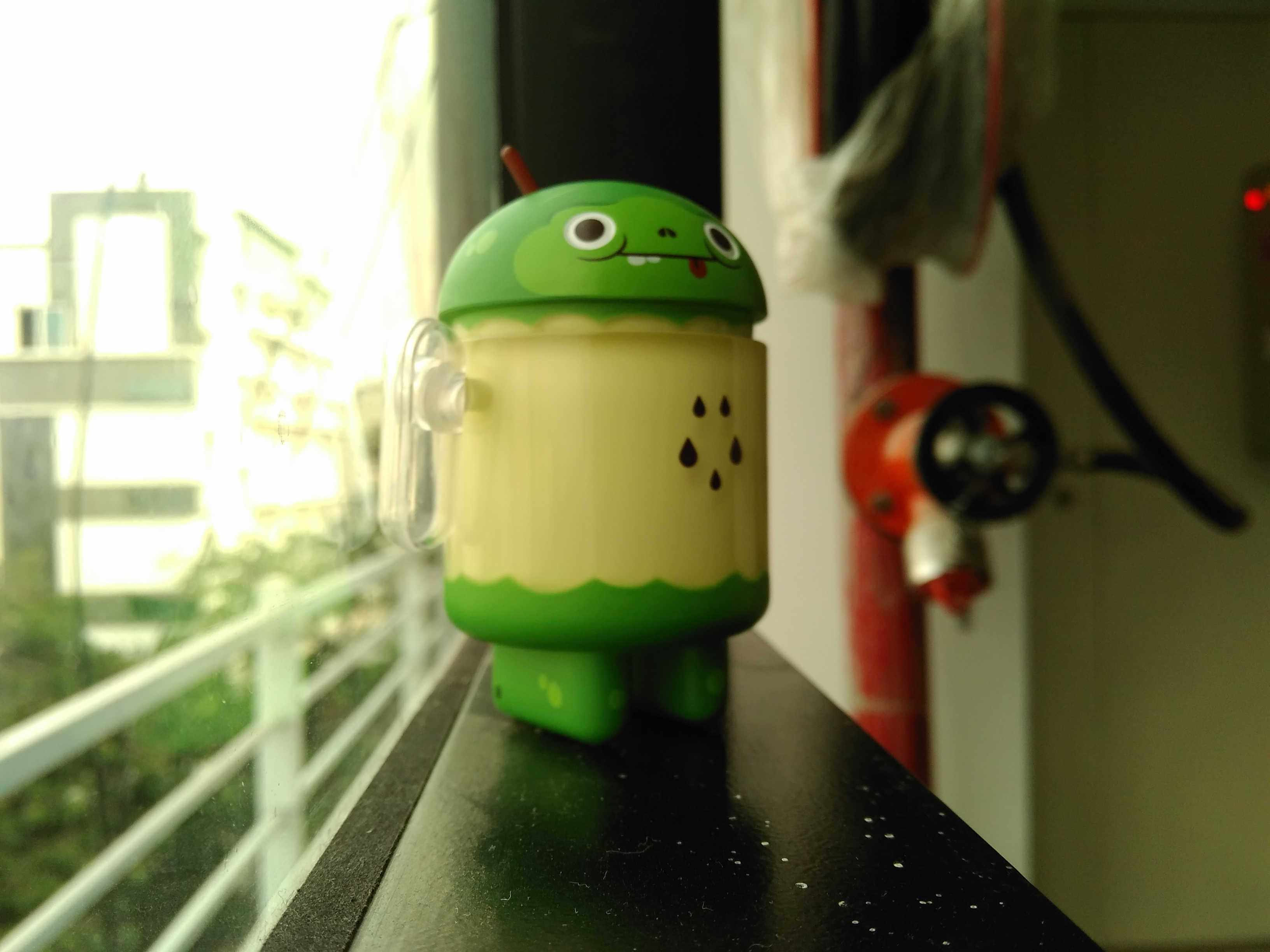 You need a fairly still hand for this bugger.

The actual image quality is not better than the Xiaomi Redmi 2 though. There’s decent amount of details, but the images seem to lack vibrancy, and the white balance is often missed. Images were often over exposed and the dynamic range is quite limited. There was good amount of noise in mages clicked in low light conditions. The YU Yuphoria comes is equipped with a Qualcomm Snapdragon 410 SoC that combines a 64-bit quad-core ARM Cortex-A53 CPU, an Adreno 306 GPU, dual-SIM 4G LTE radio, and other forms of connectivity. There’s 2GB RAM, 16GB of onboard storage (only 12GB is user accessible), and a microSD card slot that is compatible with cards of up to 32GB capacity. Necessary sensors such as accelerometer, ambient-light sensor, gyroscope, magnetic sensor, and proximity sensor are present in the device.

It scored 480 and 1434 in single-core and multi-core GeekBench 3 tests, which makes it slightly better than the LG Nexus 4 that was released 2 years ago. It’s amazing to see that we can get Nexus 4 like performance at one third its price in a span of just a couple of years. It was able to run GFXBench Manhattan and T-Rex 1080p offscreen tests at 1.8fps and 5.2fps respectively, which means gaming will not be an issue.

AnTuTu score of the YU Yuphoria was 23 329 points, which makes it slower than the Xiaomi Redmi 2, at least when considering the benchmark test scores. Actual performance is different from what is expected from a device with similar hardware specifications. When it comes to actual performance, the software seemed unfinished. There were frame drops and stutters everywhere, and the device wouldn’t even light up during an incoming call. The proximity sensor wouldn’t function as expected, so I ended up clicking on-screen buttons while taking a call. The device would work fine sometimes, but then everything would freeze. It’s performance is unpredictable with the current software version.

Cyanogen OS 12.0-based on Android 5.0.2 Lollipop comes pre-installed on this device along with some extra additions such as a cloud based app and app data backup solution and a custom web browser built on top of Opera. Other apps from Cyanogen such as AudioFX equaliser, Boxer email app, Cyanogen Gallery, Screencast (a screen recording app), and a dialler with TrueCaller integration are present as well. Cyanogen OS, as always comes with a strong shot of customisation options, be it a built in theme engine or notification drawer customisation manager. You can customise almost every aspect of the UI on this device including the notification drawer, quick setting toggles, lock screen, home screen, status bar, soft buttons, as well as behaviour for hardware button presses. The customisation doesn’t end there either; you also get granular controls over notification and privacy settings.

There’s a 2230mAh removable battery in this device that is compatible with Qualcomm’s Quick Charge 1.0 technology. This means that you can charge the device from 0 to 50% within 45 minutes and to 100% in 90 minutes. The box package includes a Quick Charge compatible fast charger, so there’s no need to buy it separately. It’s great that YU has provided the fast charger, unlike many other well-established brands that do otherwise, especially with a product in this price range.

Even with a decently sized battery for its price, the YU Yuphoria lasted short of 24 hours and gave me just over two hours of screen-on time when used with two SIM cards. Mind you, I wasn’t using 4G LTE, neither was I gaming on a daily basis. This means that the kind of battery optimisation that we generally see with Cyanogen powered devices like OnePlus One and YU Yureka was nowhere to be seen in this device. This makes me feel that the device was rushed to the market before the software development hit a stable ground. The YU Yuphoria has a good degree of spec-sheet advantage over most of its competitors, including those like the Xiaomi Redmi 2 and Android One devices, and even comes with metal frame for that high-end feel.

Cyanogen OS not only opens up great avenues for UI customisation to users’ liking, but also guarantee for faster software updates. However, all is not rosy though, as the optimisation and battery life isn’t close to what is expected from the device. Its software was filled with bugs and instability issues, but since the latest update, things have improved quite a bit.

Verdict: In the end, is it a device good enough to compete with the Xiaomi Redmi 2, Android One devices, and the Motorola Moto E (2nd Gen)? It can, in terms of image and build quality, but until the bugs, battery life and instability issues get ironed out, I can’t say that it’s a segment leader. 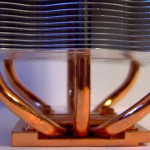