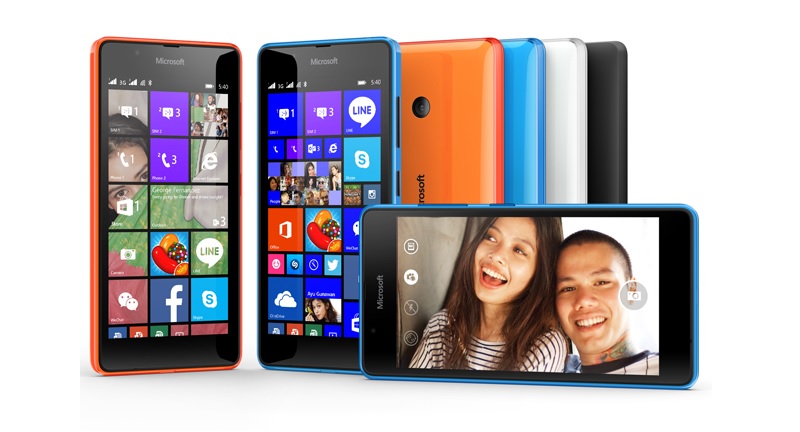 Microsoft’s purchased mobile and devices division is falling out of the company’s favour faster than its stock price, and after the news that it’s cutting nearly 8000 jobs, it seems that the company’s cutting its range of smartphone offerings too.

A new report has suggested that Microsoft will release a total of six smartphones to market each year, with two catering for the three distinctive sectors of the market: low end, mid-range consumer friendlies and the flagship or business segments.

According to Bloomberg‘s unnamed source close to the matte, Microsoft is drastically scaling back its mobile phone operations.

The most interesting paragraph in the report reads as follows:

[CEO Satya] Nadella’s restructuring plan includes sharply reducing the number of models the company will release, now about one a week when counting variations for geographical markets, a person familiar with the plans said. Instead, Microsoft will release one or two models a year in each of three categories, said the person, who asked not to be named because the plans aren’t public.

A further study of the report suggests that Microsoft will thin its phone production in the United States as well, “because of [the country’s] size.” We haven’t seen a flagship from Microsoft for quite some time. The company’s last was the Nokia Lumia 930 back in April 2014.

While this is another blow to the company’s mobile aspirations just 20 days prior to the launch of Windows 10, it does make sense. Flooding the market with new devices (Microsoft has launched around eight mid-range devices this year already) isn’t the best method of attack against Google and Apple. BlackBerry knows this all to well, and has since seen massive gains releasing specific devices for niche segments of the market.

It seems that Microsoft will be doing the exact same thing with it’s mobile phone division.

In an email sent to Microsoft employees on Wednesday, Nadella gave the world and his troop a few words of wisdom:

In the near term, we will run a more effective phone portfolio, with better products and speed to market given the recently formed Windows and Devices Group. We plan to narrow our focus to three customer segments where we can make unique contributions and where we can differentiate through the combination of our hardware and software. We’ll bring business customers the best management, security and productivity experiences they need; value phone buyers the communications services they want; and Windows fans the flagship devices they’ll love.

The real question is though, will Microsoft ever make any money from its Nokia acquisition back in 2013? And more importantly, will consumers ever learn to love Windows-based phones more than those powered by Android or iOS?