In the intricate world of silicon, smaller is always better. That’s probably why an IBM-led consortium is making a big fuss about it’s latest line of prototype processing chips.

Moore’s Law, a statement delivered by then-Intel co-founder Gordon Moore, suggested that the number of transistors per square inch on processing circuits was due to double every year after they were invented. This has largely been fact since the mid Sixties, but recently manufacturers have struggled to increase the transistors available on processors due to a number of factors. Essentially, this requires companies to shrink transistor sizes, but current material limitations have many wondering if it’s actually possible.

At 7nm (nanometres), the new IBM-piloted chips can fit as many as 20-billion transistors on its surface, which in turn means massive power savings and even more processing power. And to put them in comparison with current technology, Intel’s Skylake line of desktop processors use the 14nm process.

What’s more impressive is that the 7nm process was only penciled in my chip manufacturer, TSMC, for 2017, so the technology itself is at least two years away from becoming a primary part of consumer computing.

Intel’s next line of processing chips that plans to use the 10nm process (dubbed Cannonlake) is delayed once again until September 2016, which suggests that the company could be struggling to keep up with its own Tick-Tock roadmap.

So, while Intel and its compatriots are struggling, what is the consortium’s secret weapon? Instead of using vanilla silicon (which is getting tediously close to its shrinkable limits), the IBM consortium has crafted a silicon-germanium based chip, with the carbon-like metallic element proving critical in certain areas of the chip.

Granted, these chips are not ready for the mass market and are simply a proof of concept, but it’s definitely exciting for those religious followers of Moore’s Law and should force massive chip manufacturers to look for new, innovative materials and processes.

The company had last year pledged US$3-billion to fund its micro-processing development, and it seems that it’s putting it to good use. 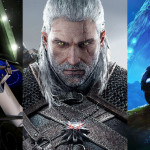