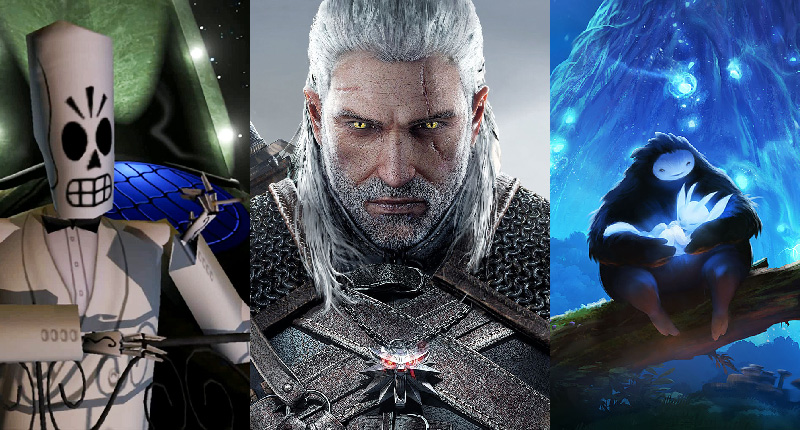 Time is a strange and deceptive thing.

It seems like it was only yesterday I was celebrating our transition into the new year, spurting out resolutions and saying things like: “This is the year it all happens!”

In the blink of an eye we’ve passed the half way mark of 2015 and now we’re rapidly heading towards its end. E3 2015 was only a few weeks ago and it already feels like a distant dream to me. Six entire months have waved their goodbyes but what have they left behind?

So before the rest of the year morphs into the past, let us allow ourselves a moment to sit back and reflect on what wonderful things 2015 has provided us with up to now.

AAA game of the mid-year: The Witcher 3: Wildhunt

I honesty tried to think of another title that could contend for this position. But the more I thought about it the more I realised what a masterpiece The Witcher 3 really is (coming from someone who is totally new to the Witcher world). With barely any knowledge of the franchise or the game’s background, The Witcher 3: Wild Hunt still ended up being one of the most profound gaming experiences I’ve had in the past few years. Unlike Dragon Age: Inquisition (from a series I played from the start), I didn’t feel like I was totally oblivious to the true impact of the narrative. After only a few hours of game play (of a game that consists of many, many hours) I felt as immersed and informed as any Witcher veteran might feel.

The first thing that struck me was the vast and visceral beauty of the game’s various settings, from lush and vivid forests overrun with animals (and monsters alike) to a massive port city teeming with people from all walks of life. But The Witcher 3 is more than just a pretty view. For one potent example take the world’s elaborate ecosystem. Besides the monsters, the game world boasts a delicate food chain system that can be affected be the actions of the player.

If you were to kill all the deers in the forest, you will notice how the wolf packs start moving away from the area. Kill all the wolves and you will see the number of deer rapidly increase. This is one of many examples of how intricate and in-depth this gaming experience is.

The world I found myself in was littered with politics and social issues such as racial tension and class gaps, all of which broke down into smaller and even more complex affairs. It was a world that was fully alive without my protagonist’s presence, a world to truly immerse myself in.

The wealth of vivid and deceptively real characters is astonishing. The random blacksmith’s story is just as interesting as the King of Beggar’s. Eventually your role obviously does grow more prominent and influential but you will feel it and understand it once it happens.

There’s much more that I can tell you about The Witcher 3: Wild Hunt like the variety of creatures from small to colossal, and the game’s masterful blend of realism and fantasy that results in a extremely believable experience. But it would take about the length of a J.R.R. Tolkien novel to do so.

Indie game of the mid-year – Ori and the Blind Forest

Ori and the Blind Forest is another game that understands the complex symphony of the heart. Within the first five minutes of the story I was thrown from a blissful paradise into heartbreaking scenes of loss and sorrow. The range of emotions I experienced in this short moment is more than I’ve experienced in the entirety of some games. You play as Ori a child of the Spirit Tree and a white guardian spirit of the forest of Nibel. On one fateful night a great storm separates you from your home and family, and you find yourself alone somewhere deep in the forest. Fortunately you are discovered by Naru, a pure and peaceful dweller of Nibel. You become an inseparable pair, mother and child, and together you create a perfect life within the magical forest.

Then tragedy strikes again. The forest suddenly starts to decay and soon after Naru sadly dies of starvation. Ori is an orphan once again and now has to survive on his own. But as devastated as Ori is, something seems to push him forward. Deep inside his heart he can hear a call, a call that sends him on an epic adventure to save the forest and find his home.

We are not just primitive creatures of conflict and supremacy. We are human; we have souls filled with hope and dreams, fear and sorrow. This game wasn’t an experience separated from reality but one born cemented in it.

This sense of meaning is enhanced even more by the sheer beauty of the game. Through the duration of your time with Ori and the Blind Forest you will be treated to some spectacular artwork. You will be transported into a vivid and magical world that grows increasingly fascinating the more you explore it.

But don’t let this game’s innocence fool you. In terms of game play, it was one of the most challenging titles I’ve played in recent years. The amount of coordination and timing needed for some of the game’s more difficult parts were extremely surprising.

Ori and the Blind Forest was more than just a game for me. It was a creative masterpiece in any sense, a captivating adventure that had me immersed from start to finish.

Grim Fandango, originally released in 1998 by the late LucasArts Game Studio, is one of the earliest games that I can remember that left a real impression on me. That is was why I was so ecstatic when I heard that Double Fine Productions, under the leadership of the original creator Tim Schafer, would be remastering the classic for a new generation. I was, though, a bit sceptical about how this new generation of gamers (that are more accustomed to fast paced action with short term satisfaction) would receive this blast from the past. I wondered if even I, with my affinity for nostalgia, would get sucked back into the story of Manny Calavera.

It turns out that the eccentric and bizarre world of Grim Fandango remains a timeless classic in our new millennium. The superb combination of its vivid characters and engaging narrative (enhanced even more by the remastered lighting, textures and audio)leads to a highly entertaining experience not easily replicated.

I, for one, couldn’t be more thrilled to be back in the land of the dead. And judging by the reviews of critics and fans alike, it seems that Grim Fandango once again holds its own as a gaming masterpiece.

Don’t agree with our best games of 2015 mid-year list? Let us know in the comments section below. 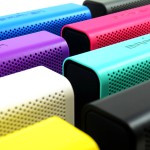