It’s the year of remasters and revived titles it seems, and we can add yet another game to that list if Loot’s new set of listings are to be believed.

The South African retailer is now listing none other than a game titled Dead Island: Definitive Edition, which will excite anyone who has played Techland‘s other game, Dying Light or waiting patiently for the former’s sequel. Dead Island wasn’t a brilliant game, but it’s about as whimsical as undead titles go, so a remaster will really add some much needed 1080p lustre to all the gangrenous gore.

Loot’s currently listing a PlayStation 4, Xbox One and PC version of the edition which comes with a release date pointing to 12 November. It was first spotted by gaming site Gematsu.

Read more: Dead Island: Great trailer, but what’s it all about?

While Deep Silver, the game’s publisher, hasn’t yet announced a release date for the games sequel Dead Island 2, it hasn’t really said anything about a remastered original. The company recently sacked Yager, developer of Dead Island 2, due to clashing creative directions. 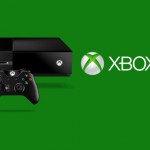