IFA 2015 is crawling into life, but it seems that this year is going to be a watershed for many brands. Acer is one of them, and it has brought a whole lot of goodies to eager fans in Berlin, including our first real glimpse of Windows 10 Continuum on a smartphone.

For a timid name, the Acer Jade Primo sounds like an impressive smartphone.

Acer’s first Windows 10 pocket filler boasts a Qualcomm Snapdragon 808 SoC, a 5.5-inch SAMOLED screen and a 21MP camera at the rear, with an 8MP up front. Those are LG G4-rivalling specifications. But it has one massive trump card compared to its Android rivals — Windows 10 Continuum.

With a special cradle (we’re not sure if this is a Microsoft-made device, or an Acer proprietary invention), the Acer Jade Primo can be used as a fully-fledged PC plugged into a monitor with a keyboard and mouse accompaniment. We’ve seen Microsoft tout this feature heavily before Windows 10‘s launch, but this is the first real test of the feature on a device.

Pricing and availability information has yet to be announced, but colour us impressed.

It’s not just Nvidia crafting gaming tablets, kids. Acer knows a thing or two about shoving beefy silicon inside a device and the Predator 8 is no exception.

The company seems adamant on sticking to its red-accent theme on Predator products, but at least the Predator 8 boasts a 1920×1200 screen, a quad-speaker set up and a new haptic feedback system, which will make the tablet respond like a console controller.

It will run on Android Lollipop, boast an Intel Atom X SoC with Intel graphics and 64GB of onboard storage. There’s room for microSD cards of up to 128GB in its 8.7mm body, but more importantly, it will retail exclusively on Newegg for US$299.

It will be available from 6 November in the US, and filter through into world markets after that.

We can’t mention the Predator name without mentioning a laptop, and Acer has done well on this front.

Acer has also felt the need to beef up the laptops’ wireless systems, which means reduced lag for those gaming on the run.

Finally, the world was given a glimpse of another Chromebook from Acer, this time with an 11-inch screen.

The Chromebook R11 is essentially an ultra-portable with a hinge that lets the screen pivot completely onto its back. It’s a lot like the Lenovo YOGA range, but at a fraction of the price.

It will go on sale in North America initially, for a thrifty US$299. 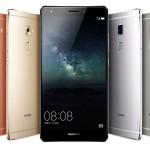