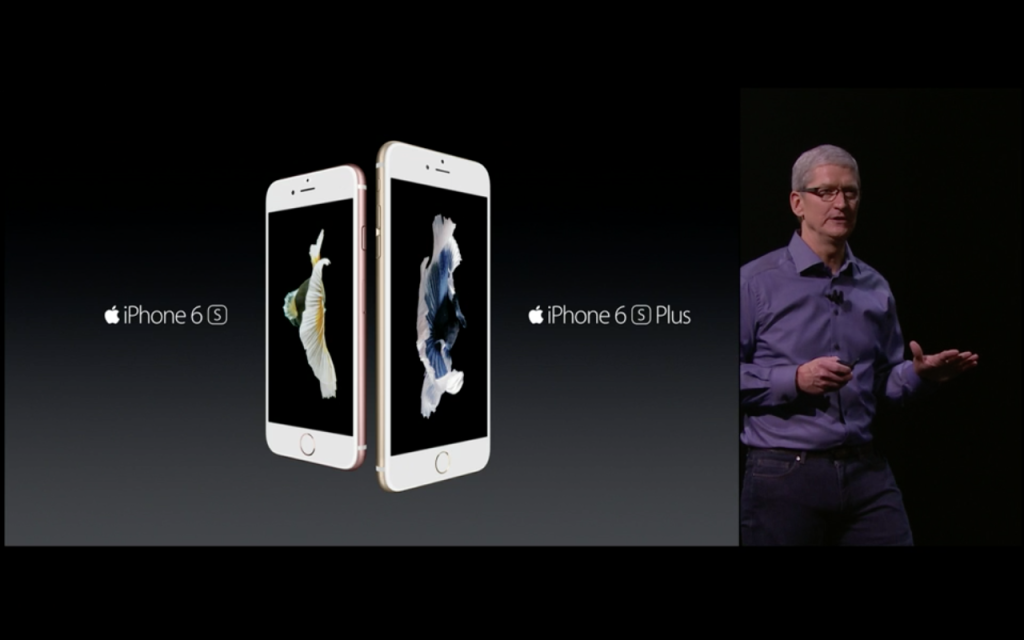 Be sure to refresh, or revisit this article for the duration of Apple’s event for updates.

Apple has been rather busy today in San Francisco, launching devices and new software packages left, right and centre. But we’ve seen some rather intriguing and unexpected things too.

Here’s the Apple launch event as it happens.

AirStrip is a brilliant new app that can can quite literally read a mother’s baby’s heartbeat before birth. Dr. Cameron Powell, AirStrip co-founder was on stage with Cook to demo the app, and it was impressive.

It seems that Apple’s definitely billing the Apple Watch as a fitness device, but it’s also a large chunk of fashion on your wrist too. It partnered with Hermes to announce new straps for the Apple Watch too, which will be available in October. There’s more updates arriving 16 September.

“The biggest news in iPad, since the iPad,” quipped Cook about the iPad Pro.

That’s right. All those leaks were in fact pretty damn valid.

The display was billed as a god among men, with Apple claiming that it’s one of its best screens ever produced. It’s 12.9-inches of screen, more pixels than any other iOS device before it. It’s an odd resolution at 2732×2046, but it’s powered by the new Apple A9X chip, which is claimed to have desktop-class CPU performance. It’s around 1.8 times faster than the A8X. Quite impressive. It comes with a base 32GB of storage, and climbs up to 128GB for those who actually store things on their machines. And graphics? It’s around 360 times faster than the initial iPad’s GPU.

But that’s not the most impressive part… It now arrives with a new Smart Keyboard (US$169), but hilariously, it looks like a Microsoft Surface.

The company also debuted a new stylus dubbed the Apple Pencil (US$99). We’re not too sure about that name, but it does seem beneficial on the densely pixeled screen. All products will be available in November.

It’s essentially an iPad Air 2, in a smaller body and will retail for US$399.

It features an Apple A8X CPU, an 8MP rear camera and a base 16GB of internal storage (for the price quoted above).

Is that a Microsoft executive on stage?

Me watching @Microsoft on stage at the #AppleEvent right now pic.twitter.com/RO2Pi06zWU

Yep, that’s correct. Microsoft’s VP of Office was on stage to demo its suite of apps using the Apple Pencil. Adobe also took to the stage to demonstrate the advantages the new stylus has over, well, a finger.

Tim Cook claims that the TV space has been standing still while the iPad and iPhone advance personal entertainment, but the Apple TV believes that the future of television “is apps.” The company’s clearly thinking about making every TV smart through the Apple TV.

The Apple TV boasts an updated remote, with a glass touch pad — bringing the same experience that users have with the iPhone to the home — while the Apple TV has an all new software base, that now includes Siri. The company’s calling it the “Siri Remote”, which has a nice ring to it. It will search across multiple apps (Hulu, Showtime, Netflix, etc.), and give all viewing options in one unified screen.

Siri is a massive part of the TV experience, as she plays advisor and helper. Of course, this includes Apple Music too.

“What are some new movies that are good to watch with kids?” presents the user with a contextual and useful mesh of movies for kids. It’s simply brilliant. The overarching operating system is called tvOS, based on iOS 9 and gains access to the likes of Metal (hint hint: game developers alert).

Hardware-wise, there’s an Apple A8 CPU, and MIMO Wireless. The Remote uses Bluetooth and lasts three months on a single charge. There’s a 32GB version for US$149, and a 64GB for US$199 (existing model will retail for US$69).

These will be available come October, and arrive in over 80 countries, and 100 by the end of the year.

Gaming on the Apple TV

You can now play Disney Infinity on Apple TV, for instance. You can add mobile apps to that too as well, including Crossy Road, one of the planet’s most popular games on the planet. Hipster Whale has also announced that the game will arrive on tvOS in multiplayer mode.

Harmonix also debuted an entirely new game dubbed Beats Sports on the Apple TV too, and hilariously harbours the power of the Wii-like Siri Remote.

Finally, the iPhone was the main event.

“We are driven to innovate at Apple,” notes Cook, and he pinpoints the iPhone as the innovation leader. And guess what: practically all leaks were accurate. 3D Touch (not Force Touch) is the big trump card though. It works alongside iOS 9 to pop up useful menus based on how hard you force your finger into the phone’s surface. It’s novel, and it makes the singular plane of the screen more fluid and natural.

Craig Federighi, Apple’s SVP of software, demoed the system using the mail system, the camera app and messaging. All boasted faster navigation thanks to the system recognising a longer, deeper press and skipping often-used menus. It differs per app, but Federighi notes that all developers are embracing the 3D Touch system, including DropBox and Instagram. Hardware wise, the Apple A9 mans both the 4.7-inch iPhone 6S and 5.5-inch iPhone 6S, and is incredibly fast based on Apple’s numbers. Warhammer was depicted in a demo on the phone, and ran flawlessly. The 3D Touch also added another level to the gameplay.

The Apple M9 co-processor, that helps with background tracking tasks, is now built into the A9.

The new TouchID sensor is twice as fast, while the camera now features a 12MP sensor for increased details in images. 4K video recording is now possible with the iPhone 6S and iPhone 6S Plus. And you’ll be happy to know that Apple has a new Live Photos system, which snaps a moving frame that can be hurled into life by using 3D Touch. This 3D Touch thing will be one of the biggest tech advancements this year.

The iPhone 6S and Plus also boasts LTE as well, which supports over 23 LTE bands and should hum along happily at around 300Mbps.

And the price? The iPhone 6S and iPhone 6S Plus will retail from US$199 and US$299 respectively on a two year contract. It will be available to preorder from 12 September, and will be available in around 20 countries. Sadly, South Africa is not included on that list.

iOS 9 will be available from 16 September. 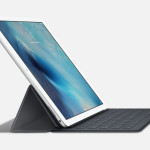