It’s possibly the worst kept secret in the smartphone space this year, but finally, BlackBerry has officially confirmed that it’s working on an Android smartphone that will launch before year end.

Coming in a rather underwhelming way (an earnings report, of all things), BlackBerry has finally confirmed the device aired rather briskly at MWC 2015 earlier this year.

The company’s calling it the Priv (previously known as the Venice) which mirrors its feelings about security, and it will feature BlackBerry-beefed up privacy features running on top of Android Lollipop.

Of course, you might be wondering why on Earth the company, with its own OS mind, is launching a phone running Android, but it does make sense.

The company’s blog outlines its reasoning for jumping aboard the Android train, but suggests it won’t sacrifice its privacy-first mindset because of it:

BlackBerry sales haven’t exactly picked up in the past year, and perhaps taking on Samsung and LG devices on a common playing field such as Android will give it a more balanced chance at challenging them. Additionally, apps for BlackBerry OS are scarce in comparison, so it would make more sense to use Android as a base and build security features into it, much like what the company does with Samsung and its KNOX programme.

Ultimately, this was reaffirmed by John Chen, BlackBerry CEO in the report today:

Priv combines the best of BlackBerry security and productivity with the expansive mobile application ecosystem available on the Android platform.

But while we know what BlackBerry’s plans are, details of the actual device are scarce.

Crackberry suggests that there’ll be 5.4-inch sliding screen with a hardware keyboard, an LG G4-like Snapdragon 808 chipset and a microSD card slot for data mongers. That also means 3GB of RAM and a base storage option of 32GB.

More interestingly, Crackberry thinks that there’ll be an 18MP rear camera and a 5MP front snapper, so imaging is at the forefront of BlackBerry’s mind too.

All in all, the Priv looks like a premium Android device of which we haven’t seen in a long while. It’s a sliding phone, but seems to embody the style of BlackBerry devices gone by. And what’s most exciting is that it’s coming before the end of the year. 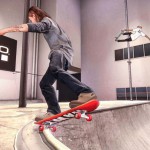