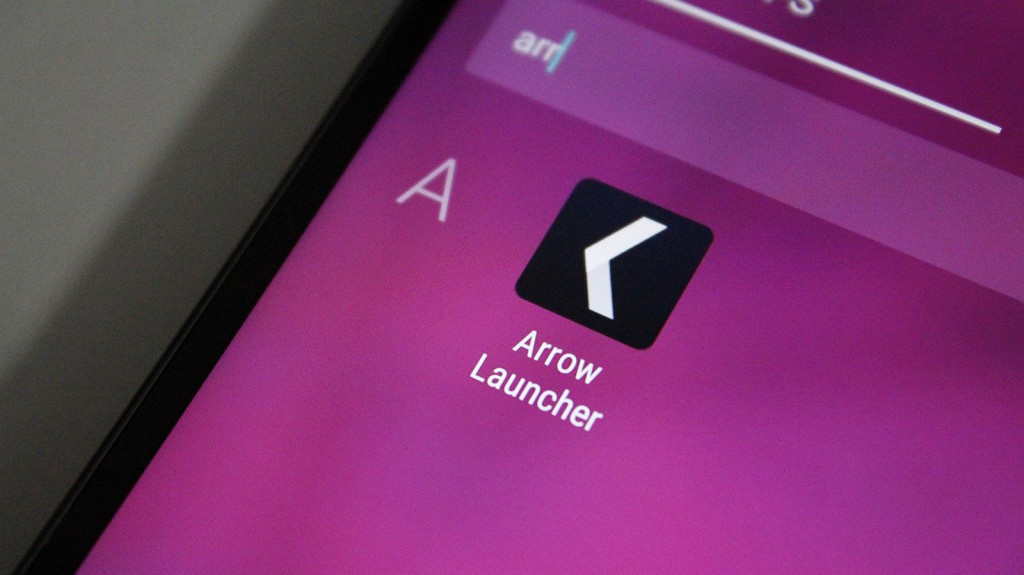 In our weekly series, Ware of the Week, we showcase our favourite organised lines of code from the world of mobile and desktop computing. In today’s edition, we look at an app that’s part of Microsoft’s new agnostic platform mantra — Arrow Launcher for Android. If you missed our previous Ware of the Week, catch it below.

It’s a topsy-turvy world when Microsoft begins building apps for Android, and even more so when it’s an Android launcher at that, but it’s all part of the company’s new view of the technology world. Instead of throwing its products down consumers’ throats, it’s infiltrating its competitors platforms and making them better.

“Better?” you ask? Well, when considering Arrow Launcher, yes. And it’s unique. Microsoft has brought some of the elements of the Windows Phone home screen and general layout to Google’s ubiquitous OS.

Arrow is a little different when compared to Lollipop’s default launcher and the likes of Nokia Z Launcher. It doesn’t use gestures or give users the freedom to use multiple screens as their hearts desire. It rather focuses on learning the users’ habits and adjusts its content specific screens to suit said user.

For instance, if I happen to open Zomato or Instagram quite often, those two apps will appear on the home page. I wouldn’t be required to slug through the entire app directory. But that’s just one example.

It’s usefulness is really understood when you get to know the app itself.

The launcher consists of four screens and an additional tray which slides up from the bottom of the screen.

The first screen, dubbed “Contacts”, lists some of the most often connected contacts via email and phone. It does seem like a promising concept, much like what a reduced BlackBerry Hub would be. But Arrow Launcher is a young concept still in beta, so this feature needs some tweaking. Namely, the likes of Whatsapp and Facebook Messenger are missing from this screen, but it’s not a deal breaker.

The second page houses the list of frequently used apps mentioned before (around 12 on the LG G4) which includes newly installed apps, much like what Windows 10 now does on its Start Menu. There’s also a recent section at the head of the screen and houses the four most recently opened apps which is a valuable little touch.

One of the only Android hints sits on the tray below where the user can pin apps at will. Tap the apps button and you’ll be transported to a new screen — the master app directory, where all apps are arranged in alphabetical order with an A to Z hotlink scrollbar along the outside.

This is by far it’s best feature. It’s a godsend for those with too many apps to count.

The final two pages are a little more personal as a dedicated reminder and notes page, and a dedicated widgets page (which is new since the fourth beta).

The settings page is a little thin, but the Bing wallpaper integration is welcome. It downloads one of Microsoft search platform’s new images each day, so your screen remains fresh. I should mention again that this is beta software through and through. It’s not in the Google App Store, so you’ll take both a risk installing it and a few minutes to actually find it in the wild. Additionally, beta also suggests that it’s not quite finished or polished yet, and it’s noticeable in some areas.

I’d love to see options to remove unneeded screens in the future, and a thicker settings page as well. Also, I can’t help but feel Microsoft’s missing a trick here by not integrating its app suite into the launcher itself. Perhaps that will come but for now, it definitely doesn’t feel like Microsoft is the author at all.

Arrow Launcher is one of my favourite apps and works brilliantly on a large-screen phone like the LG G4. It’s still in beta, but that only means it’ll get even better as its code matures. It’s free of any widget clutter (apart from the widget page, that is), over complicated animations and gimmicks that detract from the point of the intrinsic purpose of a launcher.

If you’re looking for something simple that enhances the Android experience, Arrow Launcher will be one to look out for in the future.