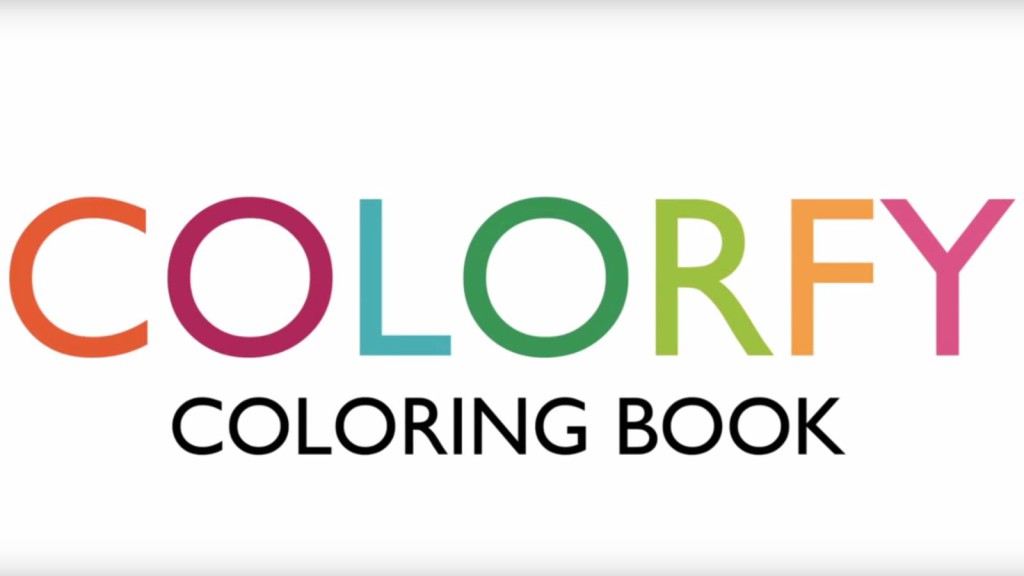 In our weekly series, Ware of the Week, we showcase our favourite organised lines of code from the world of mobile and desktop computing. In today’s edition, we look at an app-slash-game that’s good for kids and extremely creative (or bored adults) — it’s Colorfy’s digital colouring book. If you missed our previous Ware of the Week, catch it below.

Waiting: it sucks, but it’s what life’s built on. And if you don’t like waiting around (and you’re like me) chances are you’re well used to throwing tantrums in public or loading your phone with glorious time wasting goodies.

I have my fair share of the latter while indulging in the former regularly, but one app that’s both time wasting and rather mentally therapeutic is Colorfy. As its name would suggest, its cornerstone premise is based on colours, and lots of them. The app takes advantage of new smartphones’ brilliant, densely-pixeled screens and sharp colour reproduction as well as the new adult colouring phenomenon currently sweeping the western world.

In essence, it’s a digital colouring book that you could get lost within for hours and hours.

Its developer is calling it “coloring therapy for adults” and that’s largely correct. Users can choose from an array of lined images to shade, from famous works like Van Gogh’s Sunflowers to kittens and puppies and floral flurries. Use your favourite hues to give life to the image by tapping an empty space to fill them with colour, and upload them to your favourite social networks, or just keep them on your phone for personal reflection.

These images are also updated regularly, so there’s anyways a new image available to enliven.

Of course, suggesting that it’s merely a coloring book would be quite harsh on the developers.

Although the app itself is excellently built with no crashes to speak of, a relatively small footprint for its visual nature, and the ability to work on practically any device (it’s especially good on tablets and phablets though), your personal interaction with the images themselves are the most interesting and telling.

Are you having a shitty day? Watch your image transform to mirror your mood. It’s the strangest thing, but something I only noticed after someone pointed it out. While your mood does affect the image, if you happen to suffer from writers’ block often, or a surreal lack of creativity, Colorfy helps brighten your mind for those brief moments. It’s a lot like taking a long walk through a rainbow without getting soaked by rain. The simple nature of the app also helps. It’s as straightforward as choosing a colour, tapping on an empty space on an image and said space is enriched with the shade you selected. At the end of your creative quest, there are a number of filters and effects to apply as well, giving Colorfy an Instagram-like wink.

I can’t really think of anything build-wise that requires more polish, but it would be great if users can upload their own patterns found on the web into Colorfy as well. This is going to be a very particular desire for some, but it’s worth a mention.

Furthermore, some users would probably love to have the vast palette of colours with different applicators, instead of the one-tap-colours-all approach. There’s no way to apply a more pronounced or gentle brushstroke. Instead, all colours applied turns the image into a cartoon-like portrait. This isn’t a massive problem (in fact, I quite liked the quirky nature of this, especially when recolouring famous works) but it will irk those with more particular desires.

After all, perhaps the only drawback of the app itself is the amount of time you’ll spend using it, but is that such a bad thing? As for its freemium status, there’s an option for a seven day trial, thereafter users can pay R37/week to receive new images, but I haven’t experienced any issues with the free version yet. You have a limited colour set and less images than the paid version, but it’s not a deal breaker. Of course, this could change.

If you’re particularly stressed or annoyed often or are left to wait for things for hours on end, Colorfy is a good way to de-stress, reinvigorate your dulled mind or just pass some time. It takes a while to get into, but once you’re submerged, it’s rather difficult to put this app down.