Humble Bundle is known for its regular ‘pay-what-you-want’ video game and book packages, which also help different charities from proceeds. Announced on Thursday, the website will now be selling their own digital version of the Loot Crate system, entitle Humble Monthly Bundle.

Each bundle will cost US$12 per month, which is R166.75 using the current South African exchange rate. As with the general Humble Bundle pricing structure, a percentage will go to charity, in the case of Monthly Humble Bundle it is set amount of 5%.

According to the Monthly Humble Bundle sign-up page, each month subscribers will receive a “highly curated bundled of your favourite games at one fixed price.” While it is not explicitly stated which games will be available in each bundle, the website goes on to state, “Includes everything from recent hits to hidden gems to timeless classics – every month.”

Video game keys received in this new offering will be redeemable through Steam and for Windows, though other platforms will also be available “sometimes.”

The first bundle will unlock on the first Friday of each month, with the first bundle due out on 6 November. Those who subscribe now — it is not stated how long ‘now’ is — will receive a copy of Legend of Grimrock 2, which is currently available for US$23.99 on the Humble Bundle Store. 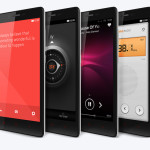