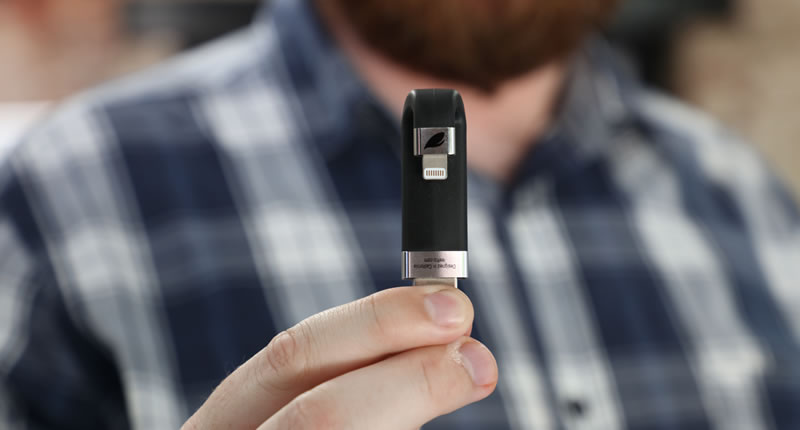 Purchasing an Apple iPhone or iPad is always a tricky decision. Sure, you’ll get a device with decent battery life, operating system, and a well-built piece of telephone technology, but you’re always limited with storage. Leef seems to have found a solution to this problem with its iBridge, a device for increasing the storage space of your iDevice.

Leef’s iBridge is a simple piece of technology as it’s essentially a flash drive capable of plugging into your PC or Mac and iDevice. The iBridge can expand your device’s storage capacity from 16GB to 256GB depending on which model you purchase. That’s quite a boost, especially if you opted for the 16GB iPhone or iPad. The iBridge plugs into the lightning port of your device and curves around the back of it. While I can understand the design logic here, the iBridge makes the phone awkward to hold, but shouldn’t be a problem with iPads or larger iPhones. There is an included cap to cover the USB and Lightning connectors when it’s not in use, but an additional one just for the USB port would have been nice.

The USB 2.0 and Lightning connectors are spaced far enough apart that they should be a problem when plugging the device into any PC or Mac. I even tried on the Xbox One‘s side USB port, which is far sunken, without any issues.

Upon plugging the Leef iBridge into your device for the first time, you’ll be prompted to download an application. This piece of software is there the iBridge really shines through and allows you to utilise the additional storage space.

The application, which has recently been upgraded to accommodate future Leef products, allows the user to take photos, videos, watch movies, play audio, and more. The iBridge gives your Apple device an almost Android feel with the built-in file explorer functionality for the drive.

The biggest drawback of the iBridge is the camera portion of the app, which is quite basic. It simulates the iPhone/iPad’s built-in camera, but strips down the functionality. Users will be able to take photos, video, switch the cameras, or and use the flash, but that’s about it.

Even with the limited camera functionality all is not lost as the software includes a backup function. It’s a little tedious, but users can still use the iPhone’s camera — or their favourite camera app — for their photography needs and then backup the files to the iBridge to free up space on the phone. The automatic photo and contact backup function is already the only reason you need to purchase the iBridge.

You cannot copy music to and from the iPhone. This isn’t due to the iBridge’s functionality, but rather Apple’s own restrictions on content. Even though you’re stuck with iTunes for media, iBridge allows users to drag-and-drop pretty much anything onto the drive. From there the application will pick it up and you can listen to the music whenever you want — this has been great for audio books on the drive to work.

Verdict: The Leef iBridge is a welcome and much-needed device for anyone owning an iPad or iPhone with a Lightning port. It’s well worth the asking price and highly recommended for those who simply can’t part with Apple products, but crave more portable storage.

The Leef iBridge review unit was kindly provided by and is purchasable from GearZap. 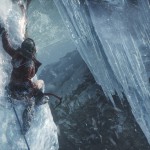