This past weekend saw gamers from all over Gauteng (and some who made their way from other provinces), converge on TicketPro Dome in Johannesburg for the annual rAge Expo.

All things gaming and tech related were on display for the hordes of visitors that made their way through the door. I’ve been attending rAge for approximately ten years. In fact 2014 was the first year I’ve missed since I started working in this industry, and it wasn’t out of choice! 2015 was perhaps the busiest I have ever seen rAge — there was very little space to move, and the relief from everyone in the press room when they took a moment out to collect their thoughts and their notes, was palpable.

If you have never attended rAge, perhaps you’re not quite aware of the scope or gravity of the event.

Check out these #cosplay contenders at #rAgeExpo2015! Get to our stand and you could win out of this world prizes 😉 pic.twitter.com/NbdGVaBYxL

The 2000 person LAN, the international developers that fly in to showcase their products, the local game developers showing off the projects they’ve been slaving over for the past few months and years: it all fills the event with a sense of purpose.

With approximately 35 000 people through the doors over three days, it’s no wonder that rAge is considered the biggest gaming event on the South African calendar. The big players such as Activision, 2K Games and Ubisoft bring their marketers and game developers out to talk about their latest titles and to bring a bit of insight to those visitors who perhaps don’t always get access to pre-release material.

This year, yet to be released games on display included the likes of Assassin’s Creed Syndicate, Rise of the Tomb Raider, Call of Duty: Black Ops 3, Star Wars Battlefront and WWE 2K16.

We of course also saw recently released titles on display as well, such as FIFA 16, PES and Skylanders Superchargers, and although they received a fair amount of attention, it’s the upcoming titles that had queues of people waiting to play.

I don’t know if it was a change in the organisation this year, or if there were more people (it certainly seemed like it!), but the only other place I’ve ever seen queues of people patiently awaiting their turn for a game, is one of the big international conferences such as E3. I certainly wouldn’t compare rAge to E3 in scale, but the sense of excitement that permeates the atmosphere is definitely on par.

And why not? The chance to play unreleased code is a rare one, and as journalists we often forget that the average consumer doesn’t have early access to the same kind of press assets we do.

Each year I see people (both consumers and press) complaining about how rAge wasn’t as good as it was the previous year, and I think this is all a matter of perspective.

Was it because the games weren’t quite as big as the previous years offering? Was there nothing particularly exciting on display? Was it the organisation?

The first two the organisers have no control over, this is up to the vendors on display. Personally I take each show as a separate entity. The organisation is something fluid. The NAG team have a method that works for them that they have developed over the years of putting on this show. Trial and error — sometimes this is the best way to learn, and with that learning comes the opportunity to expand and make each event grow into something unique. For those gamers in Cape Town who have been starved of gaming content on this scale, your requests for a Mother City-based rAge have not fallen on deaf ears — rAge will be making its way to you from the 18-20 March 2016 at GrandWest Casino. 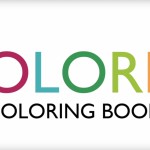