The recent crop of PC games we’ve seen leave developer hands recently have demanded a fair bit from consumer’s gaming rigs. If anything, we wonder how on earth some of these titles actually run on consoles (like The Witcher 3, for instance). But it seems that DICE is bucking this trend.

EA’s latest dip into shooters is Star Wars: Battlefront, and it isn’t asking much from resident machines.

Here are the minimum required specs:

Not at all bad then. Most of the hardware one should generally already own if using a three year old or younger PC. As for the recommended specs:

Clearly 4GB of video memory is ideal, along with an Intel processor. DICE hasn’t actually specified any AMD CPUs, so we’re not sure how well they’ll run. Additionally, one of the most impressive aspects is the low internet connection speed required. Hopefully, the game will run extremely well on connections of 1Mbps and up then.

The game’s beta session will be open from 8 October to 12 October, with the title launching on 17 November for consoles and PC. 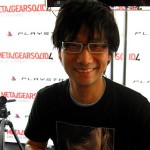