There comes a time in everyone’s life when they just want to sit down and smash some robots with other robots. No? Maybe that’s just me. Transformers: Devastation allows players to play out an epic showdown between the Autobots and the evil Decepticons in an all out brawl.

Created as an advertisement for the original toyline, the Transformers have been around for decades and most of their games have been pretty boring. Devastation looks to try change that as it harkens back to the days of G1 and ignores the new TV shows or Michael Bay’s everything-will-explode-and-I-love-Shia-LaBeouf movies. Transformers fans will be squealing when they hear the likes of Peter Cullen reprising his role as Optimus Prime, Frank Welker as Megatron, and other classic characters. It’s a fan’s dream come true and a nice touch to the game.

I dare you to not read “Transformers, we will protect the Each. It is our new home,” in Cullen’s voice.

The title has been developed by Platinum Games — Bayonetta and Metal Gear Rising: Revengeance — which means the action can be fast-paced, crazy, and highly enjoyable.

The game is an action beat-em-up which primarily takes place in arenas. You’ll play as one of the several Transformers heroes, such as Bumblebee and Grimlock, as you take down the like of Starscream and Soundwave. During battles, you’ll beat the proverbial snot out of anything that stands in you path. It’s fun beating up robots that turn into handguns or have cassette tapes pop out of them, because that’s normal, right?

It’s easy to handle characters in and out of combat with the tight controls, thought they could use some tweaking. The biggest control complaint is that of the transformation and special move buttons. Both are mapped to the same button and activate depending on how long you hold the button for.

At times, I’d want to perform a special move only the see Bumblebee burst out of car mode in all his yellow glory, like a stripper in a cake — it’s fun at first, but gets old when all you want to do is eat some cake.

As is the current gaming trend, Transformers: Devastation includes an obligatory RPG mechanic. Different attributes for your characters will be upgraded as you defeat your enemies and you can manually inflate these states with money — it’s similar to FIFA bribes. You’ll also be able upgrade weapons through synthesizing, create equipable stat bonuses, and purchase different moves, but these mechanics are never fully explored and could have added a lot more to the gameplay.

A decent amount of detail has gone into the cel-shaded main characters, bosses, and certain environments. The Unnamed City can become repetitive and bland and the game loves reusing locations. There’s also repetition in character models when fighting grunts like someone forgot to turn off the cloning machine and decided to paint all of the extras different shades of bland.

Vince DiCola (the composer of Transformers: The Movie and Angry Birds Transformers) is back to compose the music and it’s stellar. The tunes range from techno to hard rock as they change depending on the situation. My favourite track comes from one of the larger boss battles.

Besides the main story and hidden levels, there’s also a challenge mode which areas are unlocked from the main mission. It adds some extra time to the game, but I’m not sure if most people would touch it. The game can be finished over a weekend, which means you’re looking at around six hours. That’s not a lot of time, but then again there’s a lot of action taking place and it doesn’t suffer from being drawn-out.

My gripe here is that the game actually ends and I’d have liked a few more hours with it. At least there’s potential for more titles in the series.

Verdict: Transformers: Devastation is a nice little surprise and a great break from the overblown and underwhelming AAA games right now. It hits almost all of the right spots for action fans and all of the right ones from fans of the series. If you enjoy fun games I’d suggest picking it up. 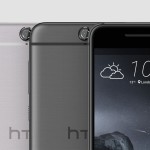