By Andy Walker
Read nextIoT and wearables: 5 devices that hint at the future of healthcare [Native Content] 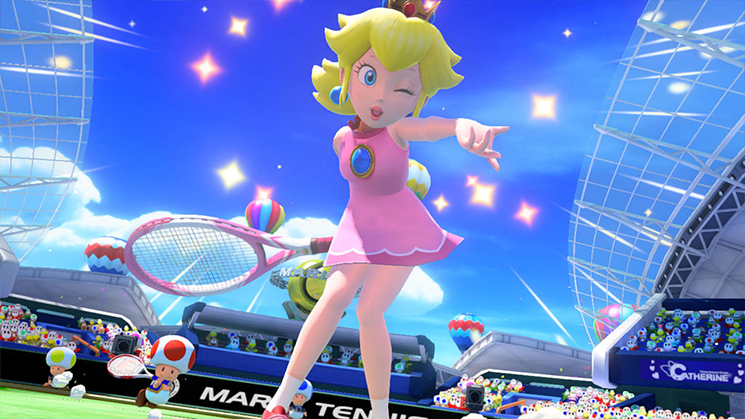 Where do I start with this one?

It’s not that I don’t like spin-offs, but I do wonder how many times a cow can be milked before it’s turned into a new couch. If Nintendo was a farmer, Mario would’ve been a three-seater ages ago, but thankfully, the Japanese gaming company still knows how to make the most of its aging IP.

And yes, once again this year that little Italian plumber returns and brings his entire ensemble along for the ride in Nintendo’s portrayal of the Wimbledon Championships. Gone are the dumb white shorts and preppy little tennis shoes, and in steps Bowser and Wario with their wacky dress sense and creepy smiles. 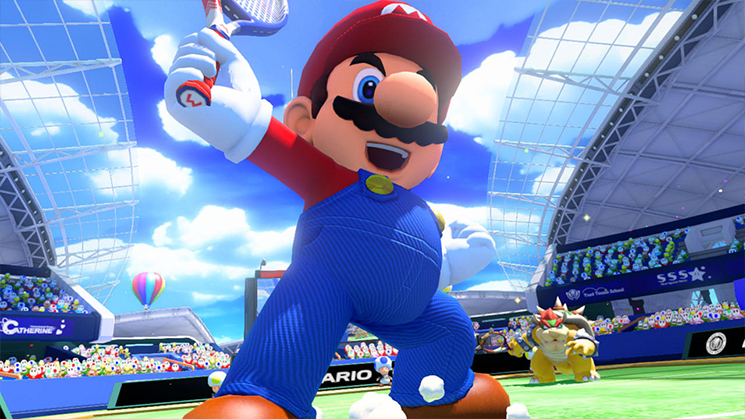 Mario Tennis: Ultra Smash says practically everything you need to know about the game in its title, and we like that. It’s honest. It’s not as if Nintendo’s trying to hide the fact that this game is about tennis. If anything, the sport really shines in this otherworldly setting.

Ultimately, I can’t describe Mario Tennis: Ultra Smash in any other way than this: it’s a tennis simulator with a range of characters with some hilarious and disappointingly easy gameplay. I didn’t expect unbelievable mechanics from a title that’s rated good for toddlers, but hell, some skill scrutiny would’ve been nice.

If anything, the sport really shines in this otherworldly setting

As with Super Smash Bros., the gamer can pick from a number of characters, in a number of game modes. Characters range from my personal favourite Galaxy bombshell Rosalina, to the ever lovable Yoshi (oh, and that one bloke called Mario), while game modes include everything from Megaball Rally, to Classic Tennis and a knockout tournament, that’s really the closest thing you’ll get to a campaign.

Don’t expect character growth here either, kids. If you’re looking for an adventure quest bildungsroman, go hit up a JRPG. 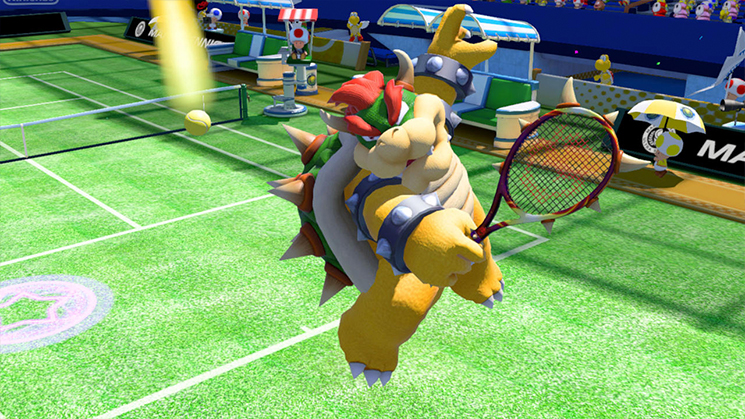 Annoyingly, the fact that we have all these characters doesn’t mean much. While it doffs its cap in Super Smash Bros.’s direction, there isn’t any varying mechanics here. Each character, although aesthetically different, is effectively a skin for the same underlying droid. There’s no special traits that one can boast over another (apart from Rosalina who just, well, hovers around instead of running like common folk). Yoshi plays the same as Mario. Mario plays the same as Peach. Mario smashes almost exactly the way Rosalina smashes, while Wario drop shots like Tim Henman. Everything’s the same.

Annoyingly, the fact that we have all these characters doesn’t mean much

Apart from that, the gaming modes are at least versed in variation to a degree. Tournament mode requires the gamer to win continuously, without fail to progress. The longer your winning streak the more coins you collect.

And yes: coins are the literal in game currency. If you win a match, you’ll get coins. You can “pay” to play on in tournament mode, or your can use them to unlock special features. I don’t quite understand it, and it does seem that every Mario game you’re tasked with collecting something shiny like an obsessive compulsive magpie. Mario Tennis: Ultra Smash is no exception. 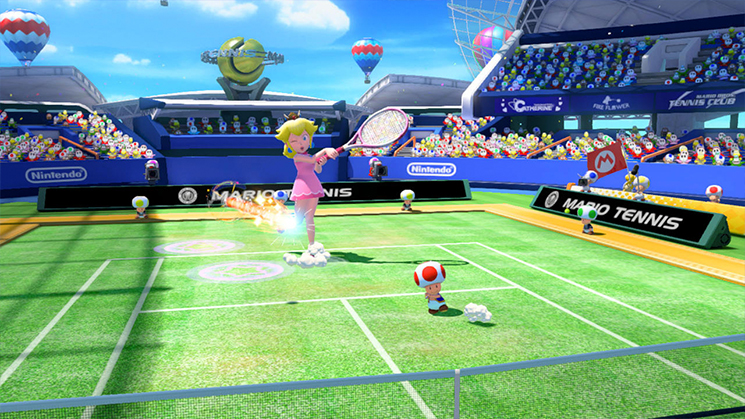 These special features at least really are worth the effort though. I particularly liked one of the early unlockables which allows the use of a “carpet” as a court. And if you’ve ever played tennis in your room when your parents strictly prohibited it, you’d share my glee.

Back to the modes. There’s also a rather annoying rally mode, which you’re asked to keep the ball alive for as long as possible. I’ll call this the “apartment argument settling mode”. It’s great for parties I imagine, especially for those who happen to have Wii controllers and Motes just lying around, but it’s crappy as a single player entertainer.

Do you go for the fungi or exclusively focus on the ball?

There’s an online mode as well, but I can’t exactly comment on gameplay, unless sitting in the lobby waiting for other players to join me counts as gameplay. I won’t knock the game for this just yet though, so expect an update when I finally have more online friends to play the game with (we could be waiting a while). Online play isn’t entirely necessary though, largely thanks to the AI brain driving the CPU characters: they’re about as unpredictable, and useless, as humans playing the game.

Lastly, if you’re a purest, there’s Classic Tennis, which is tennis in its original, McEnroe-angered form.

Still, the most entertaining mode has to be Mega Battle. Mushrooms are thrown into the court by Toads who clearly failed at ball boy school, which effectively turns the player into Mega versions of themselves. Smashes are now made easier and decidedly more vicious, but players are slower across the ground overall, which makes for a lovely quandary. Do you go for the fungi or exclusively focus on the ball? 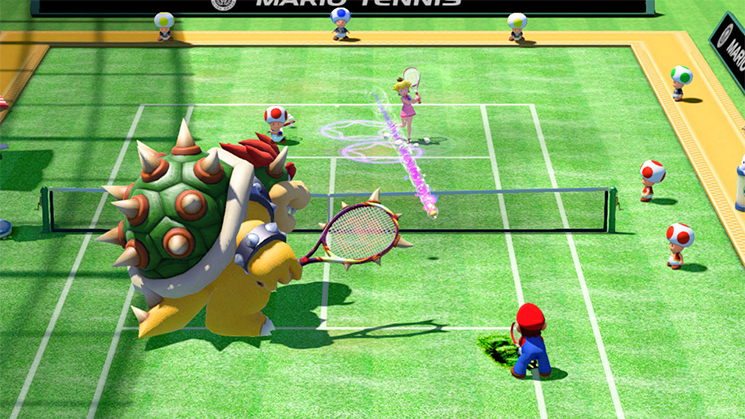 Even though it introduces a degree of variability, it’s still a tad gimmicky. Mushrooms are tossed at random, in random places and at random times, so either you happen to be in the perfect position for a smash, or the perfect position to literally grow a larger pair. I often found myself twisted between burying the ball at the back of the stadium and running back to eat some manic mushroom, and this often led to me losing the point.

What I did find entertaining (yes, this is a gimmick too, but a fun one) were the chance hit zones. Essentially, if a ball happens to land in the vicinity of one of these zones, you can perform a super version of a shot. Slices, smashes and dr0ps that largely defy the laws of gravity are insanely amusing, especially when it leaves the other players in a daze. These also react in relation to the playing surface: drop shots are more effective on the carpet court, while smashes are more volatile on hard courts.

And speaking of which, I should mention this: in my six-odd hour spell playing this game, I’ve yet to hit a ball out of the court. Not. One.

And believe me, I’ve tried. The only real foul shot you’ll get is the body shot, or what would be deemed “hand-ball” in soccer. It’s damn impossible to hit the net or paste the ball beyond the baseline, regardless of how hard you hit it. This is probably why I found the game so damn annoyingly easy. It’s sadly unrewarding especially for someone who likes to be challenged. Punish me if I hit the ball too hard; don’t reward me, Nintendo. Otherwise it turns into just another arcade-like mashy-button title. 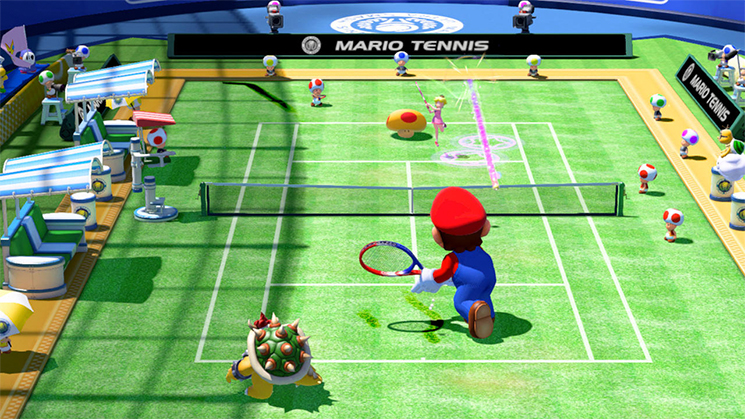 Understandably, this fits into the Nintendo Wii U demographic of kids who can’t appreciate the health benefits of broccoli just yet, but that’s the major problem with Nintendo’s platforms in general: pandering to the youngsters.

Still, be it a game you could play with your hands tied behind your back and the controller balanced on your nose, it’s insanely fun in a completely thoughtless way. It’s something I could play at the end of a torrid week, just to put a smile on my face.

So if that’s what Nintendo was going for, then they’ve succeeded.

I do think calling it “Mario” Tennis is a bit presumptuous, especially since he isn’t what I’d call the primary character of the game. Hell, if anything, it should be named after Toad, who appears more often in the title than the actual ball. But what really annoys is the limited content. I would’ve liked to see a little more for US$49 Nintendo.

Verdict: It’s flawed and perhaps that’s why it’s so fun. I found it hard to put down, and that’s not something I say of a Wii U game often. Mario Tennis: Ultra Smash is a title for the holidays and with it, Nintendo probably has yet another Mario spinoff that’ll sell by the boatload. Just don’t buy it if you appreciate a challenge or less content than a one-page pamphlet. 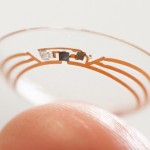 IoT and wearables: 5 devices that hint at the future of healthcare [Native Content]
Internet of Things • 20 Nov 2015
Read More
More