This weekend, Sony hosted its PlayStation Experience extravaganza in San Francisco. As usual, the keynote was filled with the combination of massive announcements, sneak peaks, game trailers and the usual drear associated with these events. But let’s not focus on the negative.

If you happen to have a PlayStation 4 on your desk, or thinking about getting the PlayStation VR when it’s launch next year, you can look forward to an impressive wad of new titles to sink your teeth into.

So here they are: the five most impressive trailers from PlayStation Experience 2015.

This should send chills down Uncharted fan’s spines. Not only is this trailer beautiful (it could be the prettiest PlayStation 4 game we’ve seen thus far), it also introduces us to a new mechanic in Uncharted 4: dialogue choices.

Final Fantasy VII was arguably Sony’s biggest announcement at E3 2015, and the hype’s clearly still well alive. With over 600 000 views in its first few hours on YouTube, this trailer was clearly the most popular from PlayStation Experience. Remarkably, this was actually the second trailer shown during the keynote.

Street Fighter V‘s exclusivity was a massive console coup for Sony last year, and now Capcom‘s fighting classic is slowly starting to take shape. FANG is the latest player introduced to the community, and well, to say that he’s damn creepy is an understatement indeed.

A game that’s currently in development by Ubisoft for the PlayStation VR, the eagle simulator is perhaps not a raucous as the goat-based simulator that we’ve seen earlier this decade, but it’s no less impressive. If virtual reality really is the way forward, and Sony’s big bet pays off, this could be one of those show pony titles. We still don’t know what’s going on here though.

One of the stranger trailers you’ll see all year, The Tomorrow Children is set in a Dystopian Soviet world filled with dreary colours and angular character models. Overall, it’s a gorgeous technical achievement from Q-Games, which adopts the Minecraft open world stance as well. But this exclusive probably won’t be everyone’s cup of tea.

Proudly calling itself a game about a movie that’s about a game, the latest in the Ratchet & Clank series not only looks amazing, but features all the charm of the titles of old. Although this is a press demo, so it’s supposed to look good, we imagine that the game could be one of the better movie tie-ins around. Colour us excited. 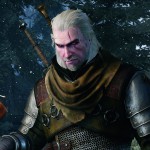