By L. C. Lupus
Read nextSamsung relaunches the Galaxy A3, A5 and A7 smartphones 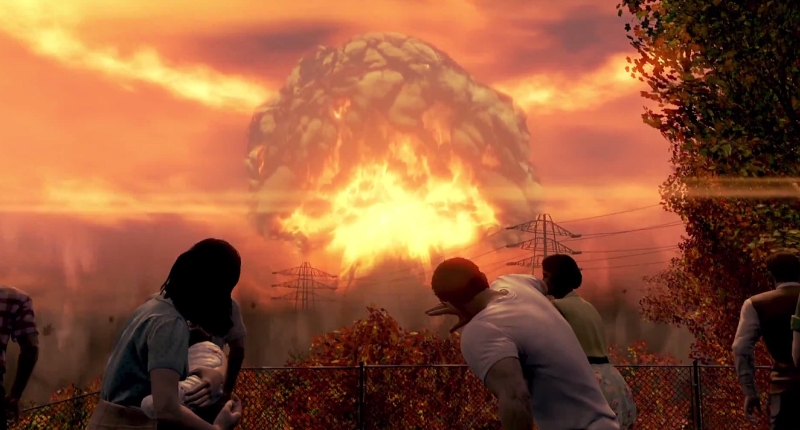 Fallout 4 (review) saw Bethesda’s best launch with 12-million units shipped, so it’s safe to say that the latest entry in the Fallout series has been very successful. But how does Fallout 4 measure up to the previous games that Bethesda has released? Is it indeed the best Bethesda game ever made? Let’s see how it measures up.

To get one small thing clear before we begin, this is a discussion concerning the games developed by Bethesda Game Studios rather than games published by Bethesda Softworks.

The last two Elder Scrolls games, being Oblivion and Skyrim, as well as the last two Fallout games, had gigantic worlds with tons of locations to explore and discover, however the majority of these locations were copy pasted and recycled so as to be used several times over. There are endless identical tombs full of draugr in Skyrim and countless samey sewers filled with ghouls in Fallout 3. This is not the case in Fallout 4. Sure, there are sewers, there are small towns and there are empty plains. However they are not reused to a ludicrous extent just to pad out the play time. The only instance of recycling that I found particularly noticeable was one specific church design that’s recycled about four times (that I know of), but the difference is that despite this church model being reused several times it’s always used originally enough to warrant it’s reuse. This church is, at one point in the game, used as a safe haven from a bunch of monstrous sea creatures and at another point the front entrance is covered in rubble and so the player has to go through the ceiling to clear it out.

Even the areas that are reused are used in ways that make us feel as if we’re exploring something new and exciting. Not to mention the fact that many locations are filled with interesting environmental storytelling that gives these areas a more personalised touch.

Games of this scope always have safe towns that the player visits more often than any single hostile area and thankfully Bethesda hired more voice actors than ever before. There are nowhere near as many repeated phrases and conversations like there were in previous games. This may seem like something small and inconsequential but hearing two characters voiced by the same people you’ve heard twenty times already makes Oblivion‘s friendly locations irritating to visit.

The term “dumbed down” has been thrown around a lot to describe the overhauled combat mechanics in Fallout 4. Bethesda scrapped many of the more interesting RPG elements that made the Fallout games into what they were before Bethesda got its hands on the license, but ultimately it should be understood that Bethesda was never in the hardcore RPG market. It makes mainstream RPGs. It makes action RPGs. So yes, Fallout 4 is a shooter with RPG mechanics rather than an RPG with shooter mechanics. Fallout 3 and Fallout: New Vegas tried to blend the two genres and in many ways succeeded, but in many ways they also failed. The combat and overall gameplay outside dialogue was far from great, but Fallout 4 features more enjoyable gunplay. This results in some of the RPG elements being dialled back and streamlined, but the only aspect of this that I personally criticise is the dialogue system, which only gives you four choices in the Mass Effect style rather than the list of options that previous games adopted. This turned conversations into puzzles of sorts, but that intelligent dialogue design is gone now in favour of the simplified system.

Bethesda has never known how to do overarching stories in its games. Oblivion‘s central plot had two memorable parts: Patrick Stewart was the king who dies in the beginning, and Sean Bean was the prince who, in typical Sean Bean style, also dies. That was it. Fallout 3 had some nonsense about finding your dad, who was voiced by Liam Neeson, and… water purification? In Skyrim you have to kill a dragon… that’s all.

Fallout 4 is no different, although the overarching story in this one is the best of the bunch. Although, that still isn’t saying a whole lot.

New Vegas has a better overarching story than Fallout 4

These games have terrible overarching narratives because very few gamers care about the main story that involves the protagonist’s personal plot. Instead, we care about the combination of exploration and side quests. The exploration, as has already been noted, is great. The side quests have been preserved in fantastic fashion, and are the best that Bethesda has ever done. The Elder Scrolls had their rather forgettable side quests but Fallout 3 has the talking tree and the crazy Nuka Cola lady, and Fallout 4 does all that and more. Whether it’s a ship full of robots, being a superhero vigilante or the multitude of companions’ personal quests, there’s so much to see and experience.

No Bethesda game would be complete without its “go to X and kill Y” missions, and these are present in the game. Of course they are, but any game as large as this needs to have these kinds of missions for content’s sake at the expense of quality. It’s also easy to ignore these missions as soon as you realise what they are.

Those that know their Fallout games may have realised that I didn’t mention New Vegas‘s  story. It’s main story is great, and so were the side quests, but it was developed by Obsidian so I didn’t count it as a Bethesda game, but for those that want to hear it anyway: New Vegas has a better overarching story than Fallout 4.

Fallout 4 builds on all of this, and it’s fantastic that there’s finally a use for all those useless coffee cups and bowls that Bethesda games have been throwing at us for years. A far more in-depth weapon and armour customisation system is at play here, and weapons can be modified to be stronger, more accurate, use a different type of ammunition, et cetera. Once again the system is ultimately limited because there is a point at which a weapon is at the best it can be, and the same goes for armour, but regardless of this, the updated level of weapon/armour customisation allows for a more personalised equipment loadout that was missing from previous Fallout games.

The main crafting mechanic takes the form of settlement construction, where the player is able to set up a large number of settlements in the wasteland that trade with one another and function under a single governance: yours. The system is rather simple and allows you to build houses, decorate said houses and provide necessary services to your citizens.

It’s essentially a simplified form of The Sims/SimCity, and depending on whether you enjoy building up towns for digital people, you’ll either love or dismiss this mechanic. Personally, I got bored of it fairly quickly, but I didn’t like Minecraft either so it’s just not for me. Luckily it doesn’t detract anything from the overall experience so if you don’t like it you can just ignore it. Fallout 4 is no better than any other Bethesda game when it comes to code gaffes. There are numerous bugs and glitches that often drastically reduce frame rates, cause player avatars to get stuck on the geometry of the world, or entirely crash the game and even break entire quests. This forces the player to reload from a previous save. These issues are unacceptable from a game at launch and yet Bethesda seems to be the only game studio that gets away with it.

There’s no point in arguing over whether or not the glitches are acceptable in such a huge game because that’s a highly subjective topic, but after a couple patches, it should be a little more stable. For those lucky enough to be playing on PC, you have mod support in case you can’t handle how long Bethesda takes to patch their games. Sadly, if you’re a fan of Bethesda games then you’re no doubt used to a buggy experience and may be more willing to look the other way, but nothing has changed. The game is as buggy as any other game that Bethesda has released.

Fallout 4 improves on the Bethesda formula by bettering the gameplay, quests, customisation options and world design.

Proper dialogue options and the more hardcore RPG elements were sacrificed but ultimately the game is still better than every other Bethesda game regardless of their removal.

Fallout 4 may not be a particularly good RPG, but it is a fantastic open world exploration game with some nice customisation options.

Samsung relaunches the Galaxy A3, A5 and A7 smartphones
Mobile Phones • 3 Dec 2015
Read More
More