It’s common knowledge that Batman’s a bit of a badass. Superman’s also an other-worldly deity that could lay waste to a planet in a few minutes. And then you get Rico Rodriquez, who smirks in the face of physics, and sets the very notion of health and safety on fire.

Isn’t that what games are supposed to be? Fun? They’re supposed to be mindless escapism. I don’t want to build settlements while running away from post-apocalyptic abominations, protecting my dog, or looking for my son while I get sidetracked by tea cups and bits of shrapnel.

There’s no shortage of ammo in this game, as you can probably see here.

To give it its formal introduction: Just Cause 3 is not a Bethesda game, but instead developed by indie Swedish house Avalanche Studios, responsible for the other Just Cause titles. And if you happen to know your Just Cause titles well, Rico “The Human Wrecking Ball” Rodriguez returns to displace another dictator from a sleepy Mediterranean island nation.

And to talk about this Med island for a second — it’s bloody marvelous. Avalanche had a lot of sunshine and rocky outcrops to play with, and it’s executed the look and feel of the region perfectly. The voice acting aside, Just Cause 3 is one of the prettiest titles you can buy on a console today.

But beyond that, what’s it all about?

If you do get bored of hand guns, there are select points on the map with gatling guns, and the odd tank.

Just Cause 3 is a sandbox in the very true sense of the word. It’s about as open-world as most games come nowadays with an enormous map the size of Cyprus after eating Sicily. But as far as open world titles go, it’s quite formulaic.

And by overthrow, I mean blow up

Playing as Rico “The Dictator’s Worst Nightmare” Rodriguez, your task is to overthrow the government of Di Ravello (hilariously named DRM) by overthrowing his rule alongside the Rebellion in each tiny town, settlement, naval base, air base, power station and outposts one at a time. And by overthrow, I mean blow up.

To say this game is bug-free would be a lie. The physics are broken, the NPCs wield small cars like tanks, and the wildlife… here’s a deer surfing a car, for instance.

There’s a lot of copypasting of environments here, with the churches and police stations all practically duplicates.

The mechanics are incredibly simple as to not detract from the gameplay. There are four types of weapon available, including a two handed, dual wielding, a RPG or something to that effect, and unlimited C4 that can be planted in spates of three (until you delve into the upgrades). Grenades can also be picked up by slaying a few oppressors, as well as ammo.

Once an entire city is liberated, Rico’s tasked with raising the rebel’s Medici flag.

We should probably mention the grappling hook reappears in a starring role, but now shoots retractable lines that can be pinned to, say, a dirty cop and the back of an NPC’s station wagon. Or, a helicopter to the side of a building. It can also be used to bring down landscape features too without expending ammo, which is a nice touch. Plus, it’s hilarious fun.

With this firepower, you’re required to take out structures within cities and settlements, including the likes of statues, satellite dishes, and (my personal favourite) fuel tanks by, well, blowing them up. Once all structures are destroyed, raising the flag reclaims the settlement for the rebels. It’s that simple.

There’s a fair bit of strategy involved in this game though. It’s not all shooty-bang-bang, although you’re more than obliged to play that way. Of course, there are other interesting mechanics, including the brilliant reel-in line that shoots out from Rico’s hand, and combined with a wing suit and parachute, you can practically glide and fly Rico where ever the hell you want.

Avalanche did a wonderful job of plunging the player into the environment too. Flying with the wing suit is literally a seat-of-the-pants exercise, and acing a flight through a tunnel is just about as satisfying as planting a batch of C4 on Di Ravello’s crotch. But it can also be incredibly frustrating if you happen to land on your face, or clatter a street light.

Avalanche/Square Enix also wants, nay demands gamers to play online. And if your connection drops suddenly, the game sits there scratching its head.

And if that’s not all, Rico “The Flying Squirrel of Havoc” Rodriguez can also commander boats, helicopters, planes, trains and the average car. These can also be “chopped” and reused in the “Rebel Drop” mechanic that’s unlocked after the first mission, which allows the rebels to effectively drop a crate of Santa’s finest rebel goodies to a location of your choice.

If you’re wondering where the problems lurk in this game, don’t worry, they’re coming.

The map is enormous. That island in the background is even larger than the starting island.

The game doesn’t exactly come with sprint at all, and Rico is killed more often by water than bullets lodged in his brain. So in that regard, it’s an unbalanced challenge. Avalanche has also said that it will not be patching the game to allow Rico to sprint, or crouch. He also scoots around vehicles like an octogenarian, which is particularly annoying on boats. Let me sprint, Avalanche!

And finally, unlocking bonuses requires that you complete a series of side-side tasks, including wing suiting through a few tunnels, or driving like Vin Diesel on a dirt road. And annoyingly, using the scope of a rifle is an upgrade you have to earn too. Balls.

That parachute is your best friend in this game. When the wing suit goes wrong, this is your saviour.

Rico’s biggest foe isn’t the pantomime dictator either, but the horrific frame rate drops at the critical moments. Playing on the PlayStation 4, frame rates have a nasty tendency to drop when you need to scarper to safety, or, when you need to sprint away from a potential aerial target. But the game doesn’t let you do either. Instead, you’ll be lucky to get near 30 frames a second long enough to strut suavely away from the pyrotechnics, and your dismembered corpse. Reports suggest that frame rate drops are even worse on the Xbox One.

And since installing patch 1.02, somehow frame rates are even worse, dropping to well under 30 during explosions, flying through heavily populated areas of the map, or hell, turning around too quickly. It’s ridiculous, and absolutely ruins the experience of a game that hinges on its freedom of movement. The mammoth loading times is the another antagonist. Post-death waits are anything up to a minute, and even longer if you’re playing online.

Square Enix really ruined the online/offline dynamic as well. Just Cause 3 doesn’t get why you want to play offline, and actually freezes if you don’t happen to have a connection. The only workaround to play offline requires logging into the game, heading back into the console settings, switching the internet off, and selecting offline mode on the game’s freak-out prompt. It’s ridiculous, Square Enix. Please give us a damn option to play offline. (Note: this has since been remedied with patch 1.02).

You can hijack boats too, but Rico has an annoying way of scuffling about.

And playing online isn’t much of an interesting endeavour either, as it only really provides a subtle “this player is destroying more stuff than you” leaderboard on the right hand side of the screen. And the game centres obnoxiously around its online features for some stupid reason.

Arrive. Blow up this. Shoot that. Cause havoc. Piss the overseers off. Raise the flag. That’s it

And if you’re wondering about the core game mechanic, yes, it’s a bit same-y. Towns do differ in small ways, but the central idea never does. Arrive. Blow up this. Shoot that. Cause havoc. Piss the overseers off. Raise the flag. That’s it. But that’s horribly simplified.

Overall, it’s a gorgeous game with fun strewn throughout the map just waiting to be found… and blown up.

Essentially, what Just Cause 3 boils down to is this: have as much fun as you possibly can with as much ammo as you can find, with as many vehicles as you can hijack, because ultimately, gaming is escapism. And if you’re judging Just Cause 3 on that, Avalanche has made yet another gem, or bombshell, in that regard. It’s just a damn pity that it’s about as poorly optimised as it is fun.

Verdict: If I had to pick my top five games of the year, Just Cause 3 would be among the top two, just because of how damn fun it is. I’d give it a higher score, but the technical issues on consoles mar the experience too much for it to be negligible, and the worst part? I’m not sure when Avalance is actually going to solve these issues. Still, if you find low frame rates to be part of the challenge and have a penchant for mayhem, Just Cause 3 your kind of game. 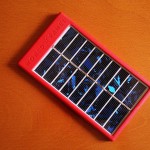