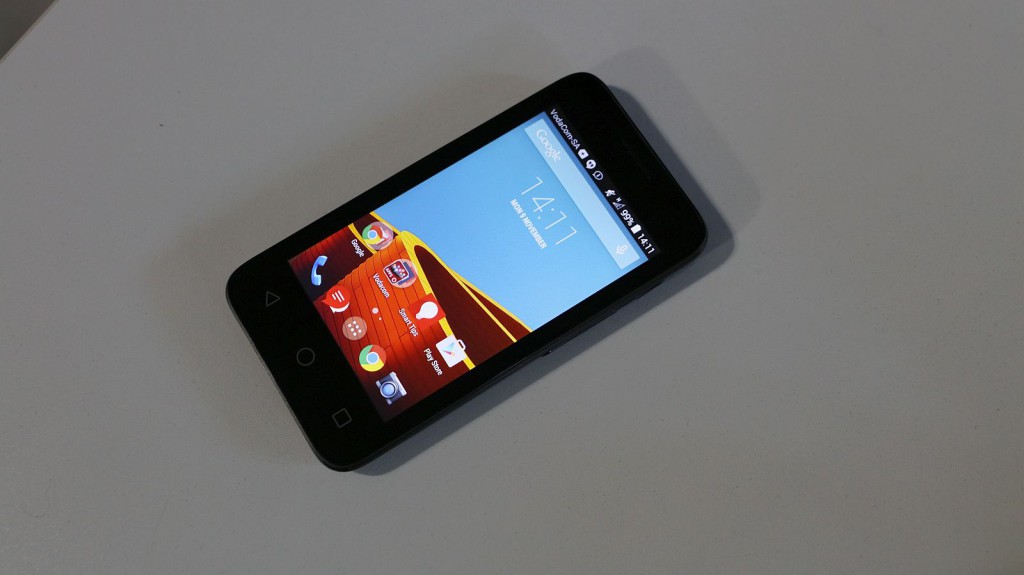 Budget Android phones have really changed the smartphone market for the better. Not only do they force manufacturers to launch cheaper but better phones, they also give consumers a fairly decent alternative to the overkill flagship and mid-range devices.

Vodacom’s one of the pioneers of this movement in South Africa most notably with the Smart Kicka, a R499 phone that could almost kick it with the big boys in terms of app availability. Not everyone wants to spend R5000 plus on a smartphone, and these give consumers a viable alternative.

So when Vodacom launched its Smart 6, which is essentially an upgraded version of the Smart Kicka in terms of power, size and value, we wondered why on earth it did this. Won’t the Smart 6 cannibalise its smaller brother? Does that mean the Kicka isn’t in Vodacom’s future plans?

Well, time spent with the Vodacom Smart 6 revealed all this and more.

In typical Vodacom fashion, as we’ve seen with the Smart Kicka, we get the bare essentials and very little else. There’s a 1A charger with a fixed cable and a cheap pair of headphones, perfect for catching up on the news on the radio. At R799, the recycled cardboard box is definitely a cost cutting measure but I can appreciate that. The company’s clearly interested in putting its spend into the device rather than its packaging.

The device itself is made by TCL, and it looks a lot like the Smart Kicka’s older brother. It’s attractive, but in a dirty denim kind of way. It’s larger than the Smart Kicka too, with a 4.0-inch screen, and a slightly larger overall footprint. This also makes the phone more comfortable to hold, especially considering that you won’t need to hold onto it as tightly as the smaller Kicka.

The control buttons on the bottom remain touch variants, with new Android Lollipop-inspired logos. At the rear, we find the Vodafone/Vodacom logo, and at the bottom a small inscription reads “Designed by Vodafone.”

Overall, it’s not going to win any pageants, but for R799, what can you expect?

That’s apparent on the specs side too. While I lauded the Smart Kicka for its wholesome specs at such a low price point, the Smart 6 does offer more. One of the stand out features is the larger, brighter screen. At 4.0-inches and 480×800 resolution, it feels a lot denser than that. It’s also extremely vivid, and is easily the best part of this device.

Internally, we’re short changed a bit, with the same dual-core 1.0Ghz MediaTek chip found in the Smart Kicka used in the Smart 6. There’s 4GB of internal memory and 512MB of RAM.

Unfortunately, there’s only a rear camera on this device, which will leave those selfie addicts with a bit of a problem. It’s a 2MP snapper at the rear, mind.

Following in LG’s stead, the battery is removable and replaceable, with a microSD card slot welcoming cards of up to 32GB.

If you think that you’ll be setting benchmarking records with this device, don’t buy it, but also slap yourself for expecting a phone below R1000 to impress you with its horsepower.

But we have to talk about performance.

It’s completely understandable if the phone couldn’t run the GFXBench T-Rex benchmark, which tests lower-end phone’s graphic abilities, but where Android phones really shouldn’t struggle is simple menu navigation. We’ve seen this more and more with Android devices this year, and its’ especially concerning because it’s near stock Android KitKat. For the record, T-Rex didn’t quite enjoy only 512MB of RAM, which is totally understandable. This isn’t a gaming phone, and Vodacom isn’t selling it as such. No harm, no foul.

YouTube at least performed well, even though the app locked video to 360p. I imagine users wouldn’t want to watch deeper resolutions on this device anyway.

But the worst part about this device is the general sluggishness when more than a few apps are installed and running in the background. I’m not talking about intense games either. Facebook, Whatsapp, WeChat, Sunrise and PushBullet seemed to slow the Smart 6 down tremendously.

For those who love the freedom of installing whatever they want, you’ll won’t enjoy this device. The 4GB of internal storage will be swallowed up pretty quickly too. 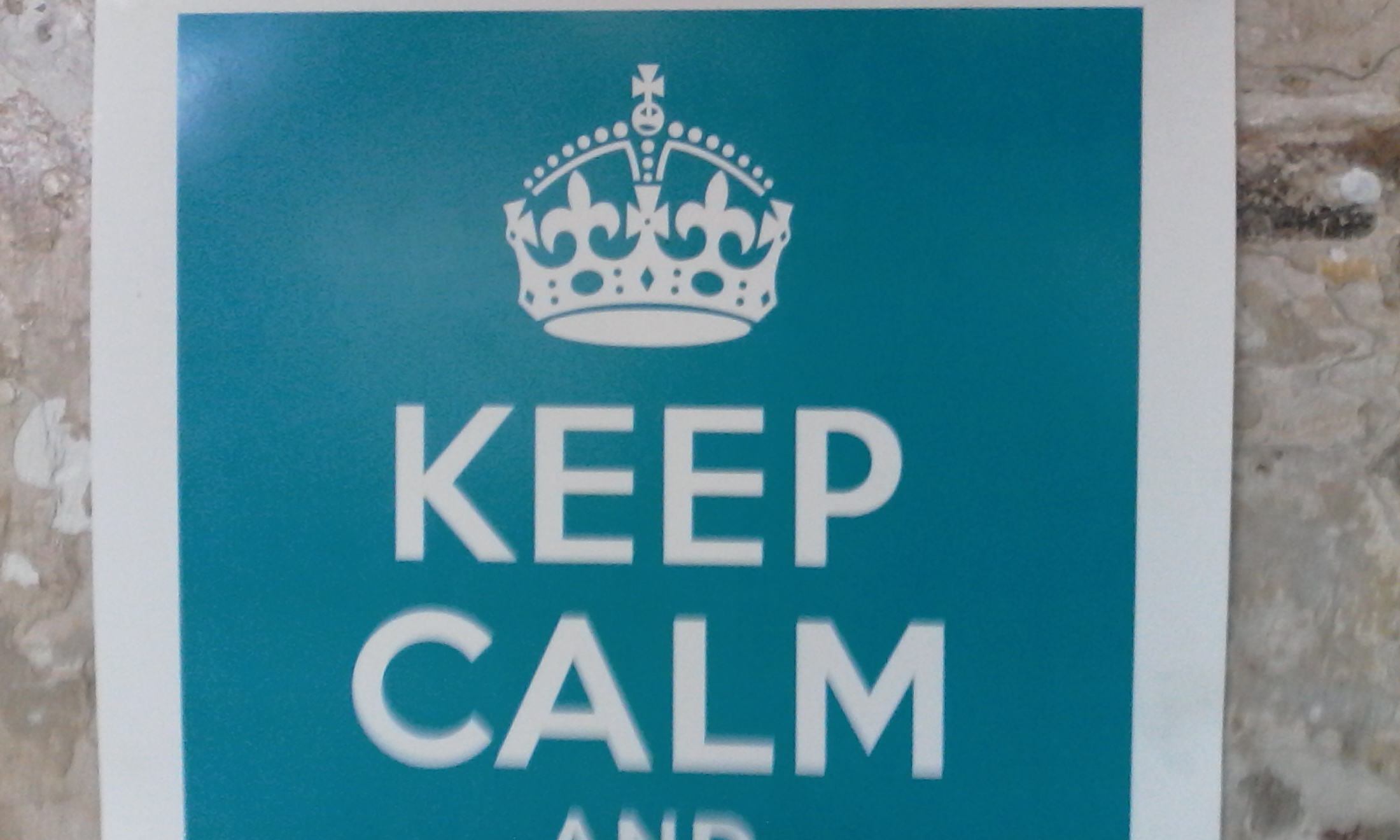 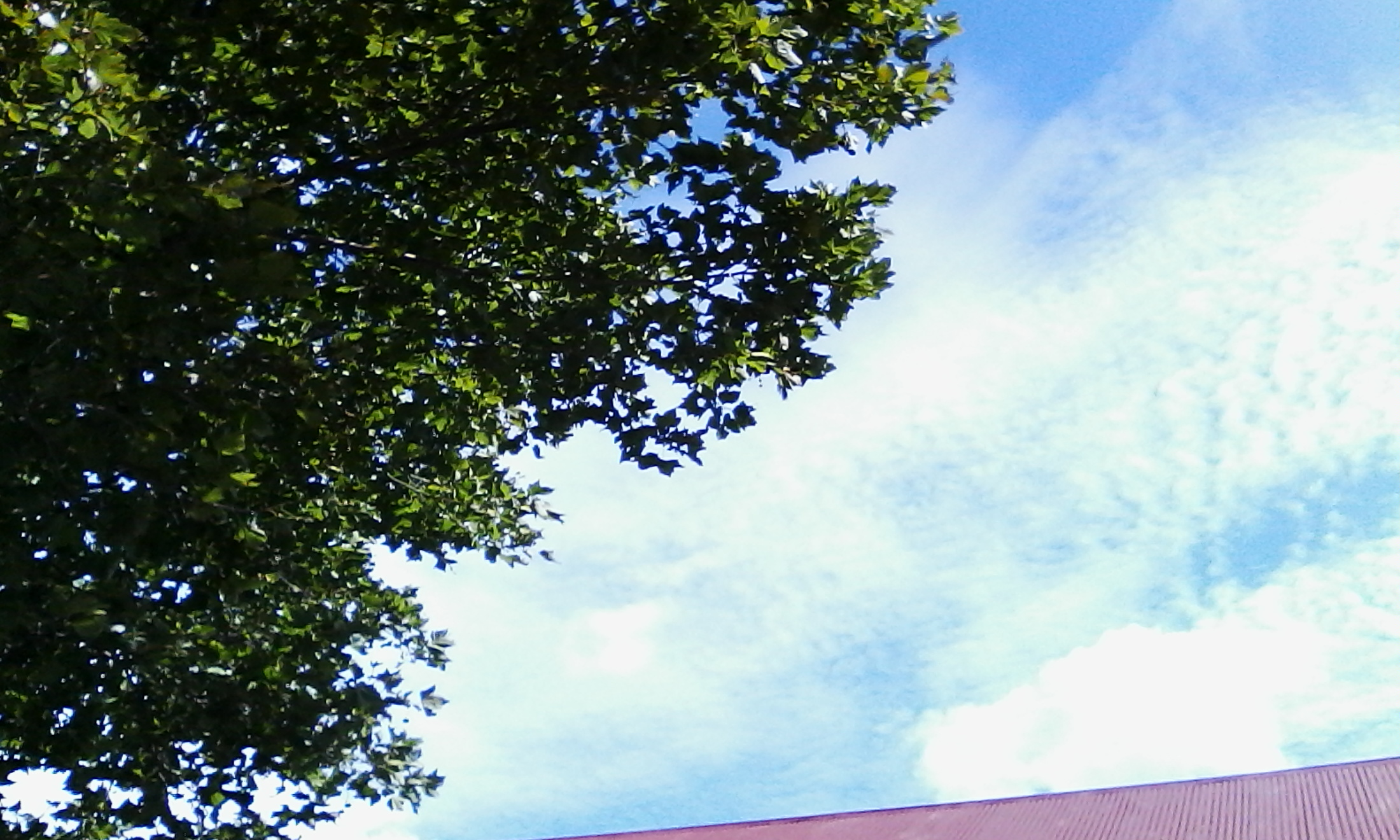 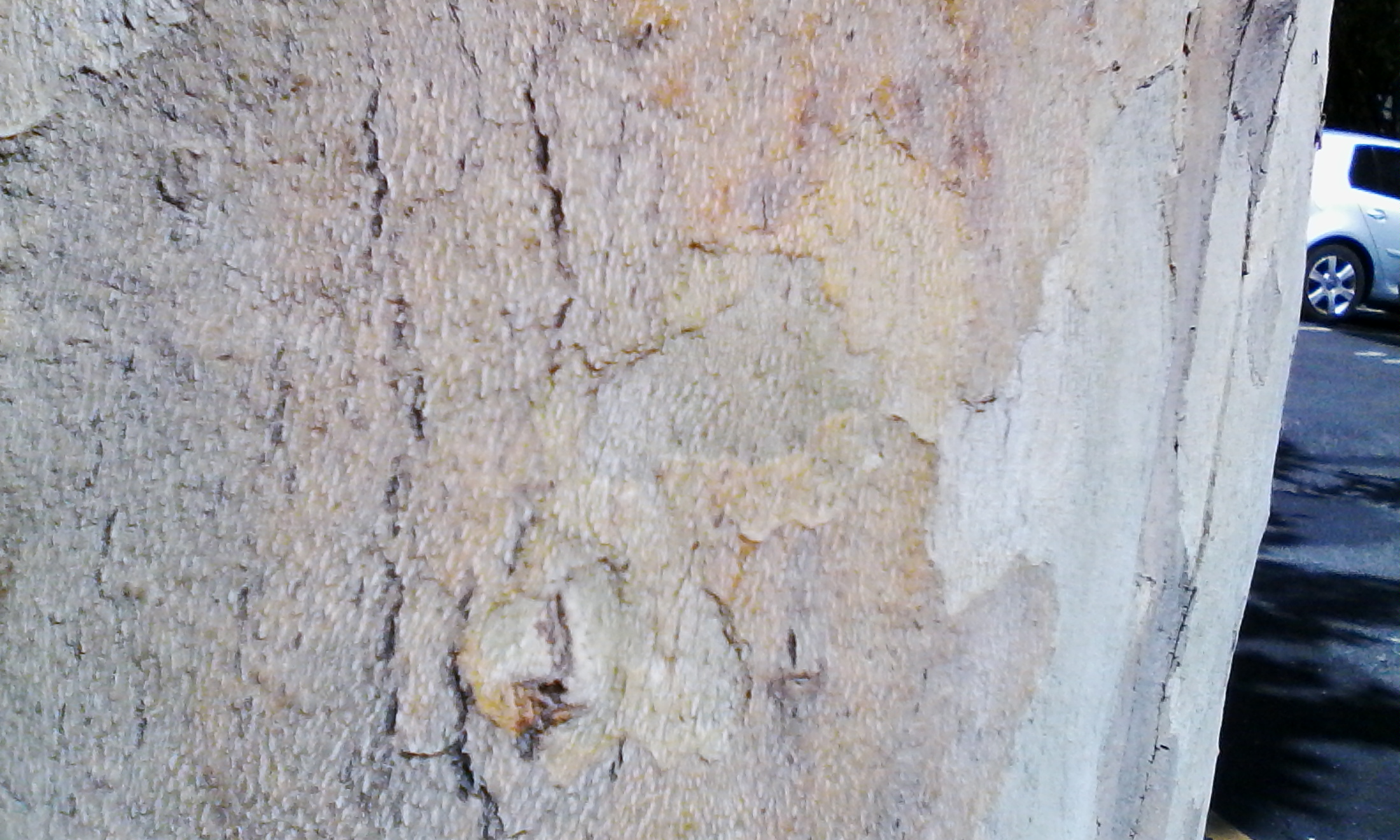 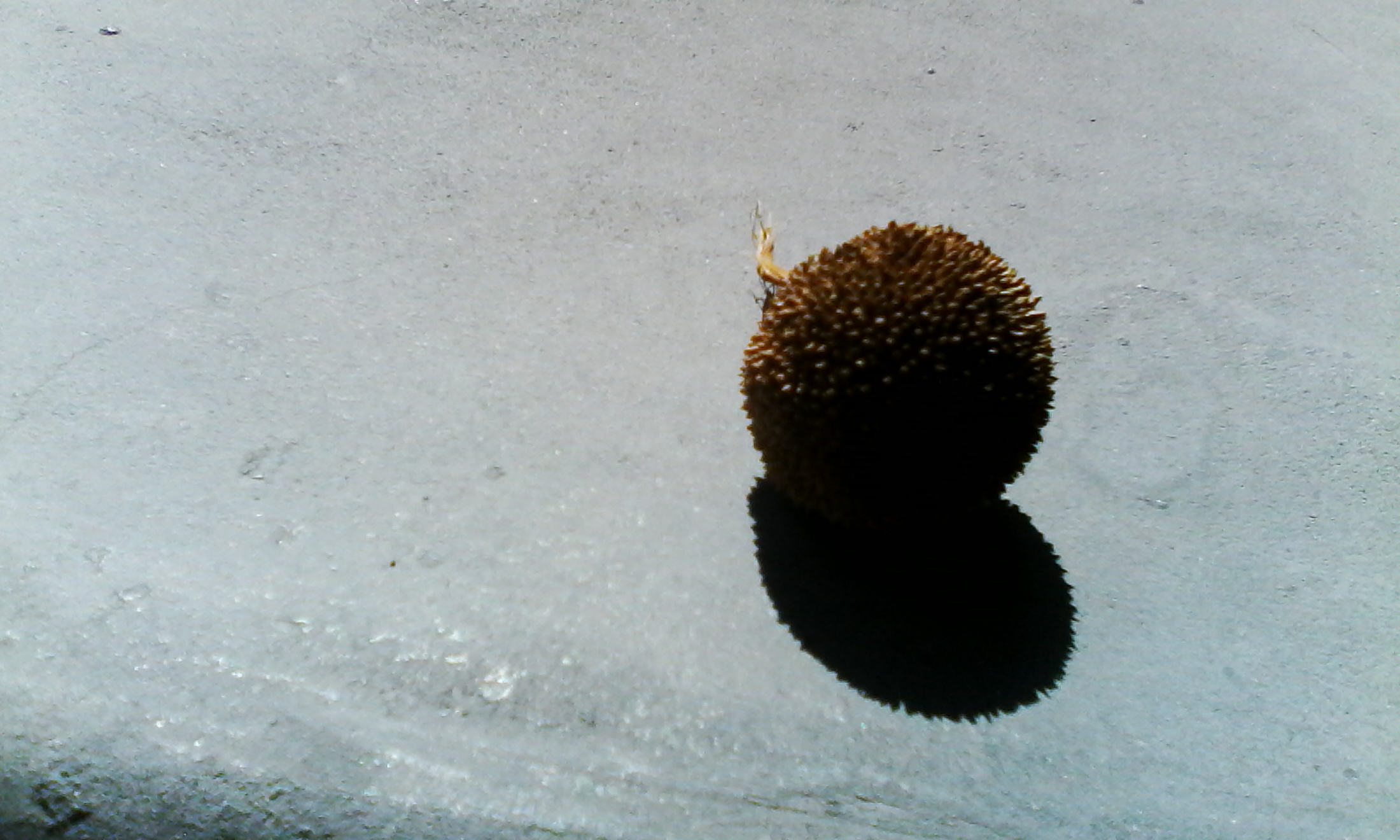 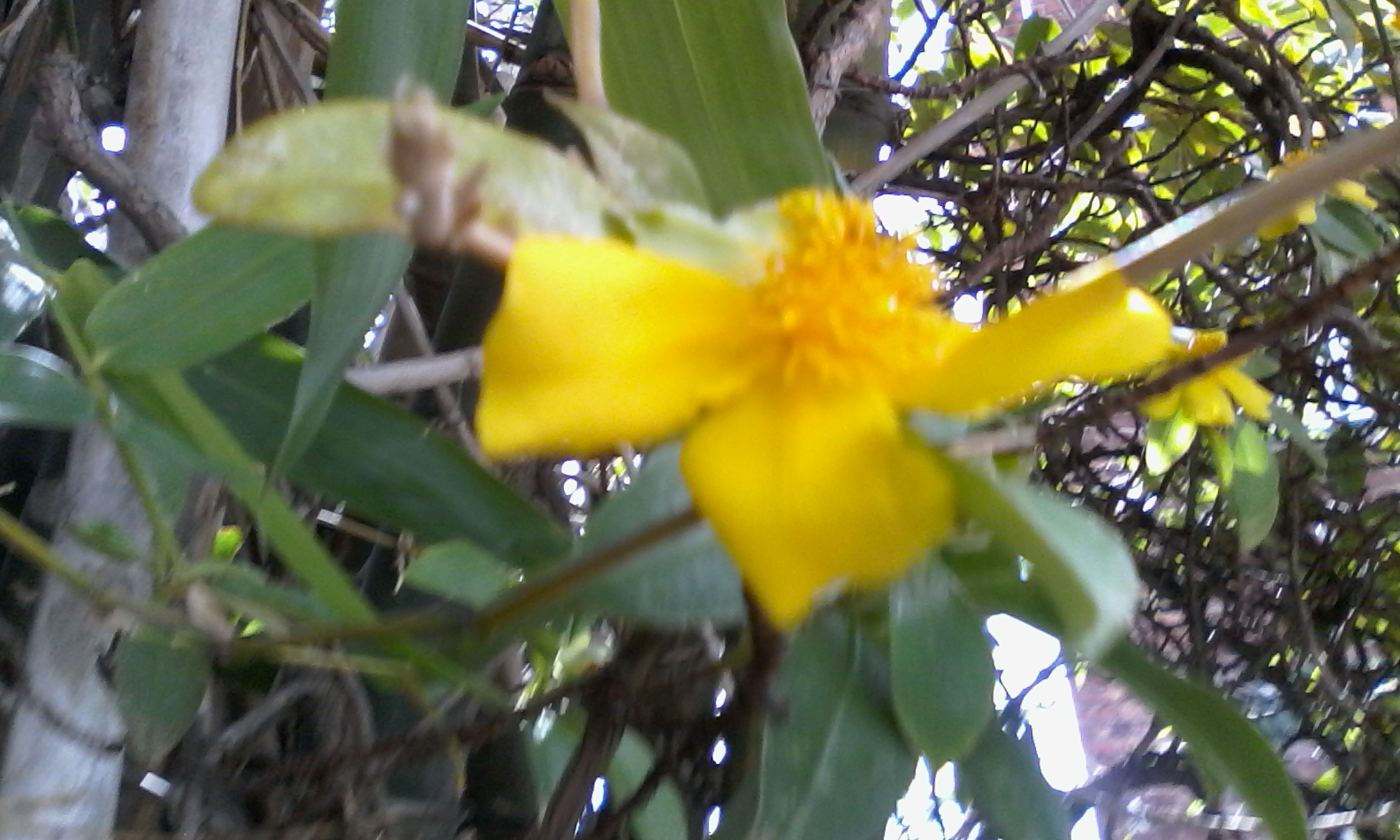 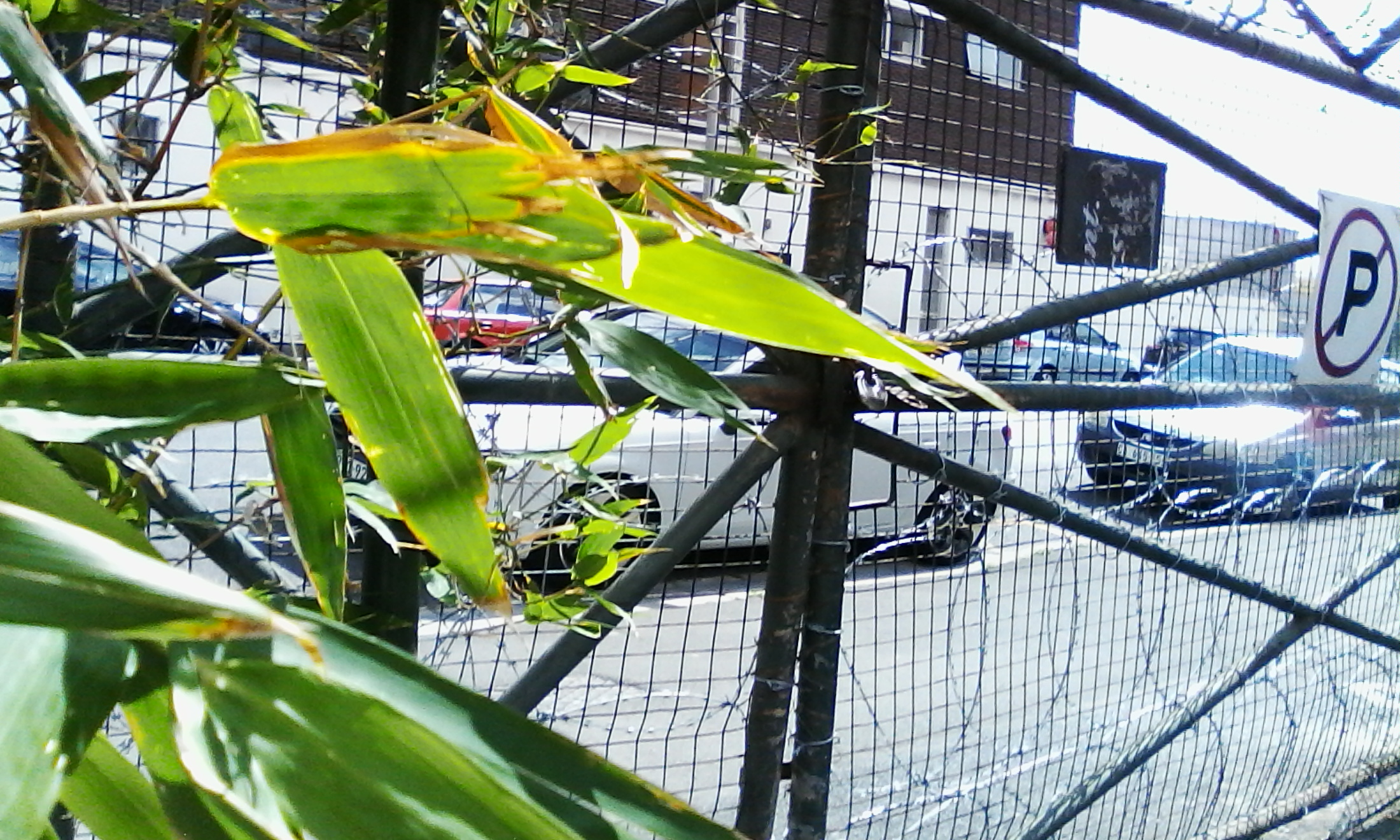 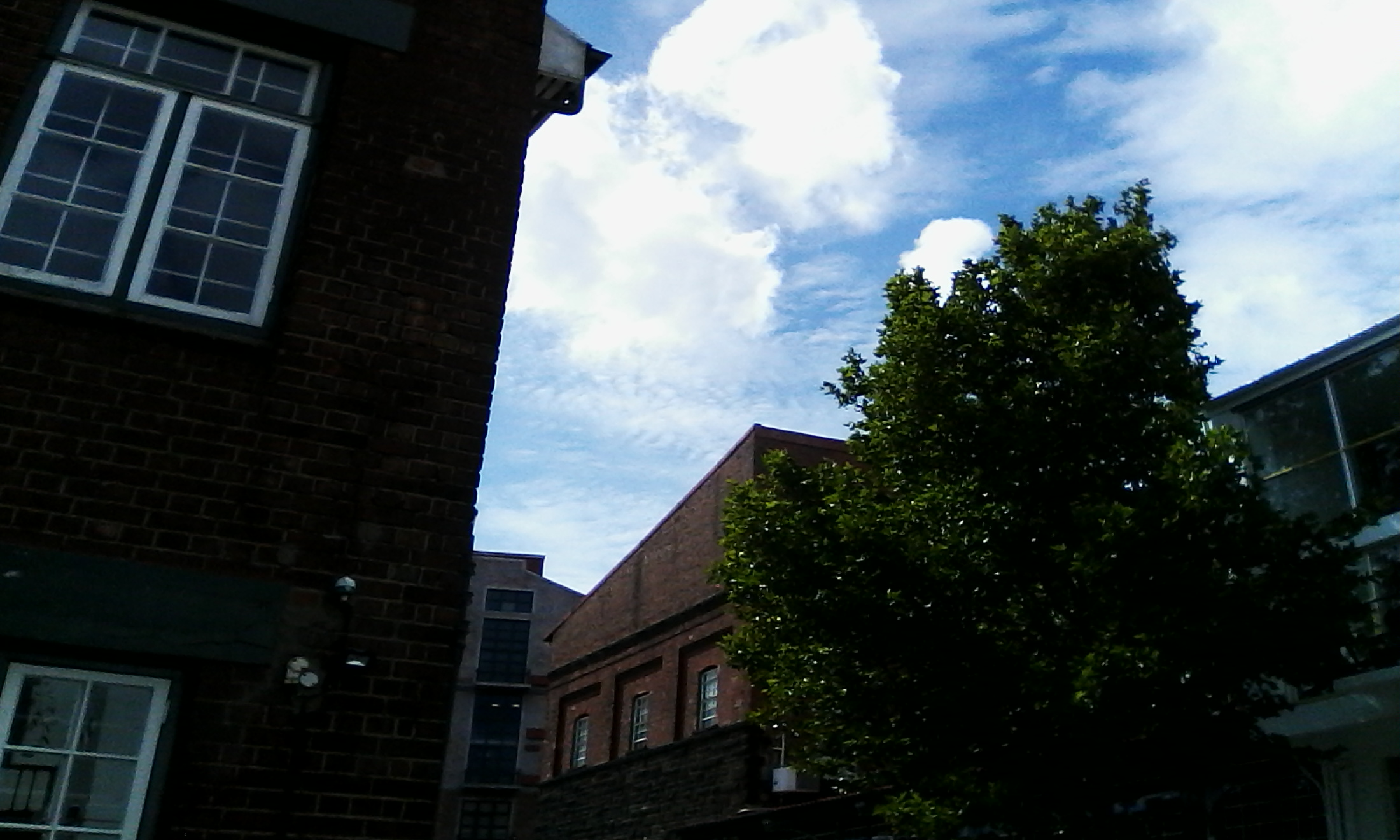 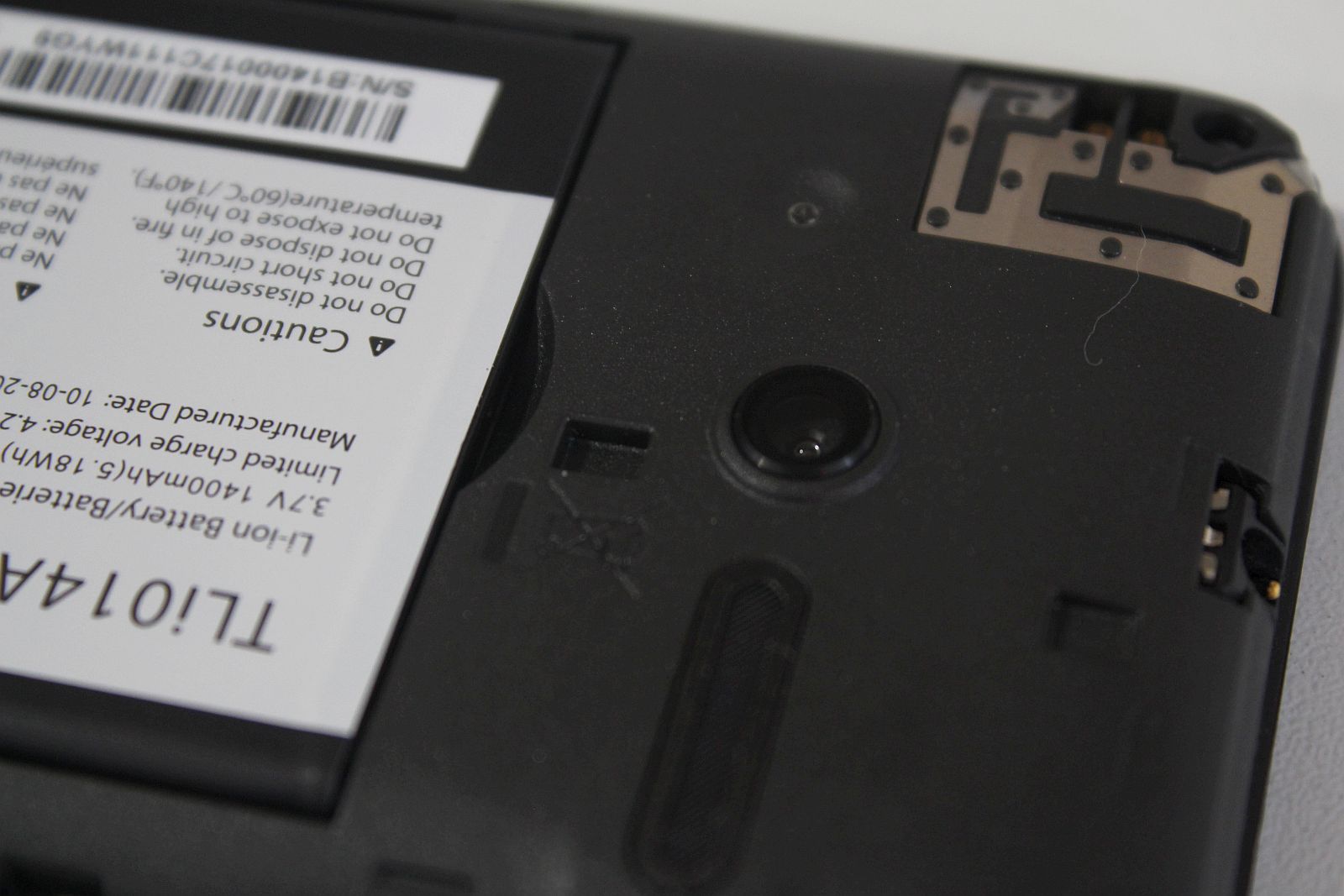 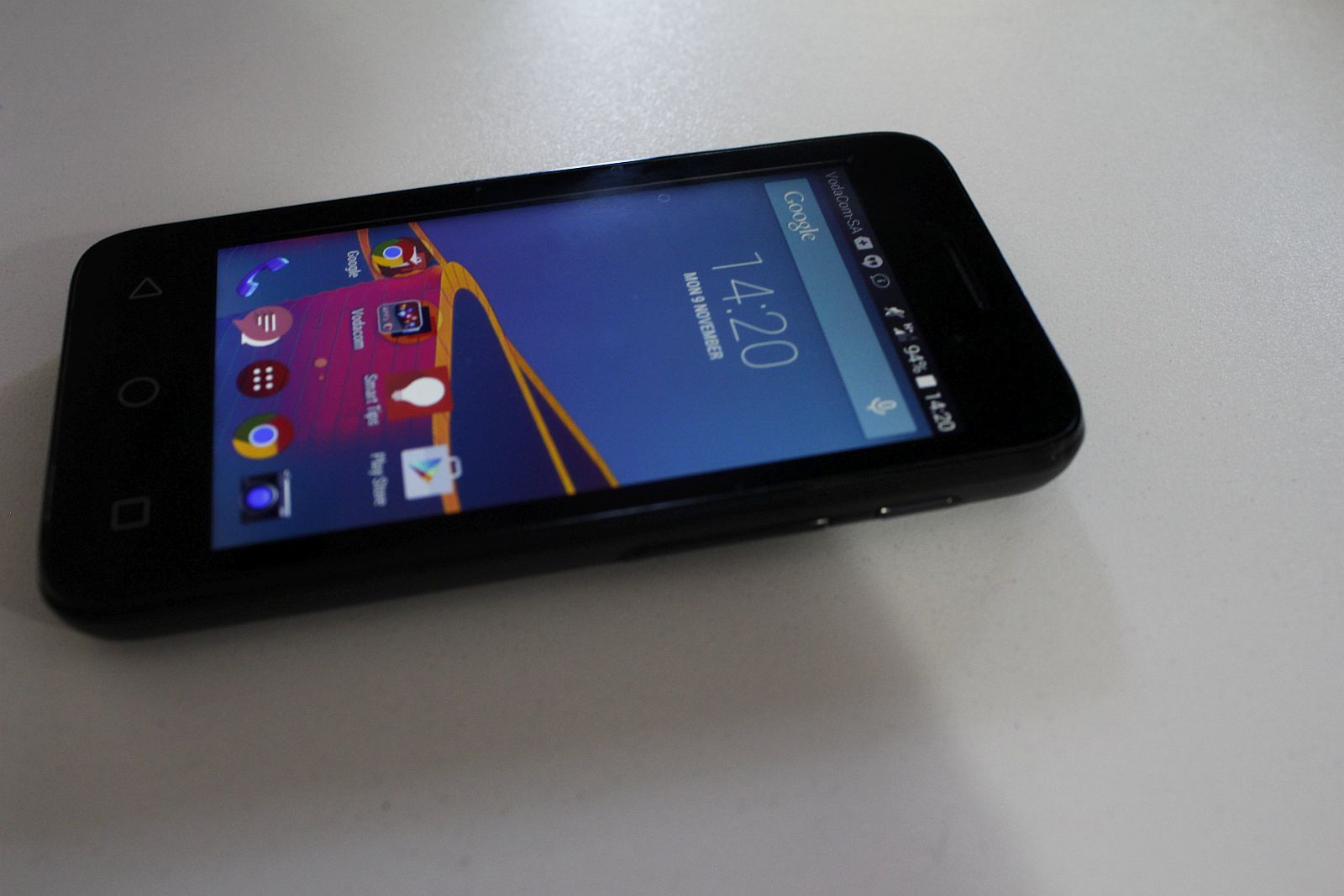 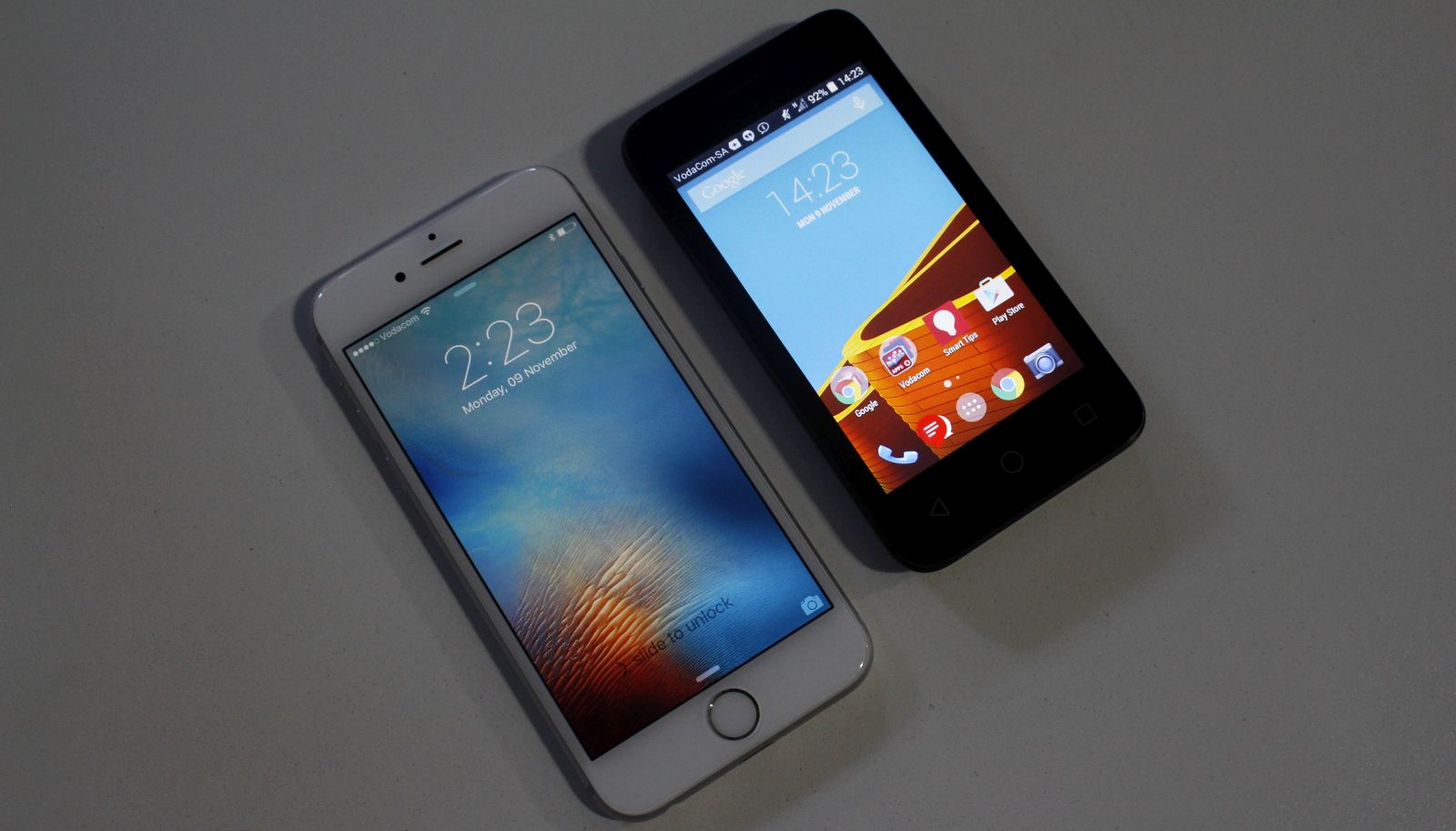 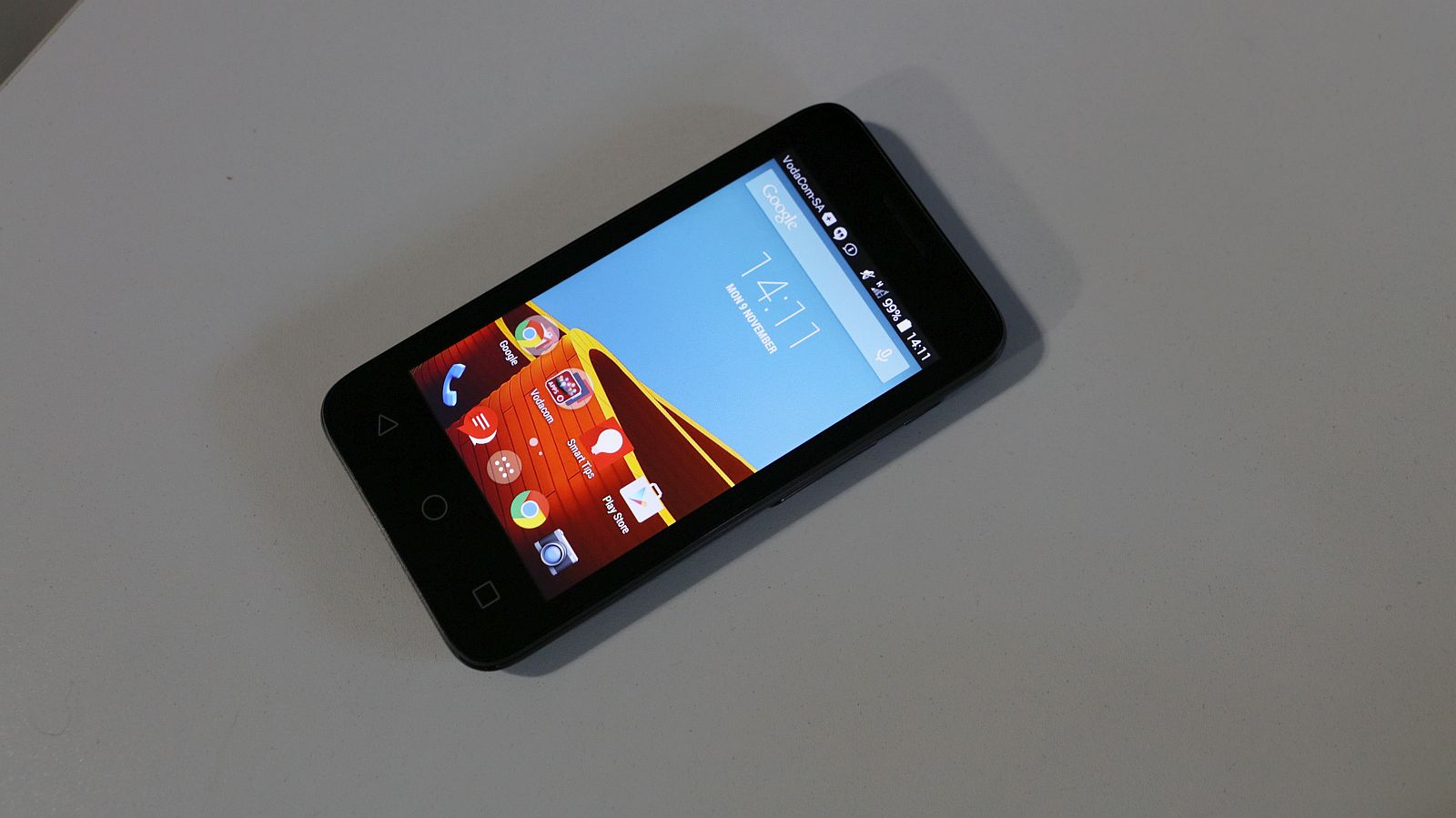 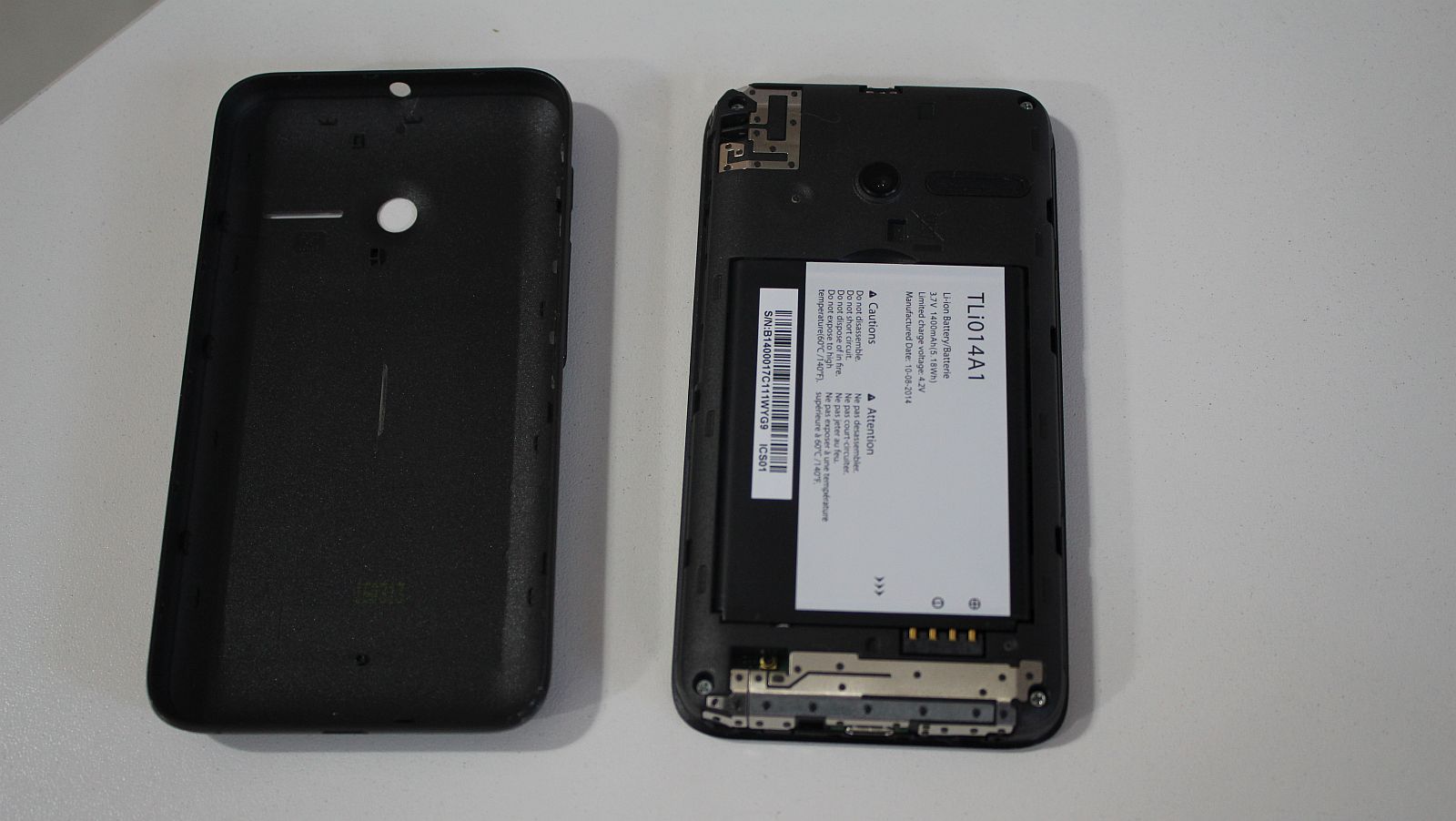 As for the camera quality, it’s what you’d expect from a 2MP snapper. It’s adequate for portraits and the like, but don’t expect massively detailed snaps of flowers or fluffy kittens.

As for the battery, there’s nothing overtly the matter there either. Battery life is a huge potential goldmine for budget phone manufacturers, so it’s nice to see it get some time at the Friday design meeting.

And finally, budget phones are as practical as these devices get. They’re like the bread and butter or meat and potatoes of the smartphone kingdom, and for that, they really can’t be faulted on the practicality front. The battery lasts a full day, the screen is bright in all lighting situations and the phone, while on the slow side, can serve you adequately with your basic communication needs.

I won’t tempt fate by dropping the device, but I imagine that it’ll stand up fairly well to a moderate fall. I also found the screen rather difficult to scratch as well, which means its pocket friendly as well. And all this for R799. Well, I say “all” but flagship lovers aren’t exactly impressed I imagine. What Vodacom’s real target market with the Smart 6 are feature phone graduates, those looking for an adequate second phone or those who can’t drop R5k on a smartphone.

It’s a great device for its designed purpose, and while the faults mentioned are faults indeed, there’s not too much you can expect given the budget constraints here.

Verdict: While it does feel like a large Vodacom Smart Kicka, the Vodacom Smart 6 does leave me wanting a little more horsepower. It’s cheap, and cheerful, and will serve its user well for the price, but just don’t expect too much from it. With that said, I do feel there’s room for improvement, something I didn’t feel with the Kicka. 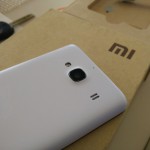