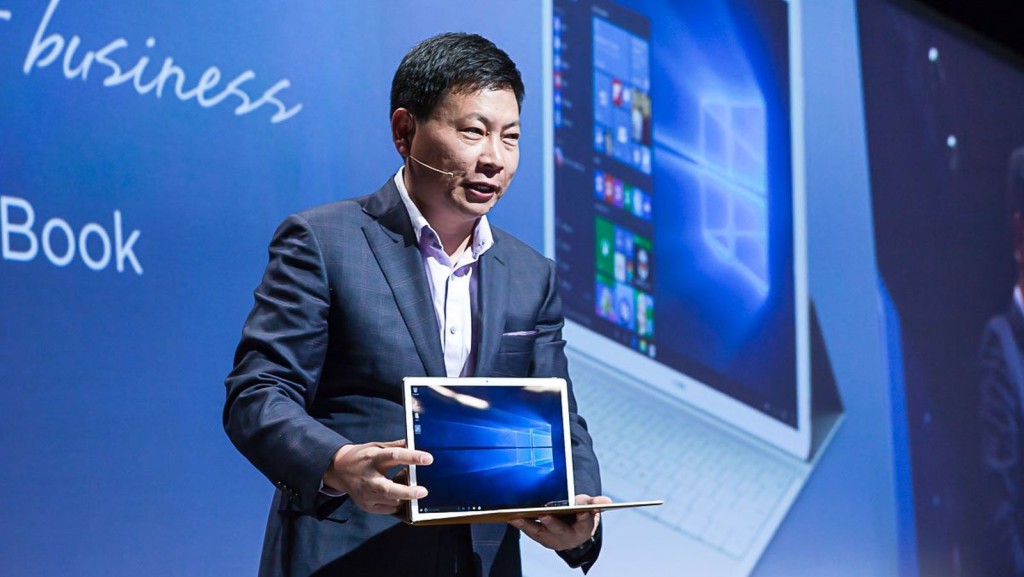 The tablet convertible is currently the fashionable format for mobile manufacturers, and now Huawei has also boarded that bandwagon.

Other numbers include a 4430mAh battery (which will result in around 10 hours of typical usage), a smart charger that can adjust voltage to suit location, and a microUSB port and a USB Type-C port — which will undoubtedly please many users.

The MateBook will run on Intel’s fanless Skylake Core M with top clockspeeds of up to 3.1GHz (this includes the Core M3, M5 and M7), which should mean more than enough horsepower for demanding applications, and perhaps even light gaming.

And for those more creative types, Huawei announced its Mate Pen, which will allow graphic designers up to 2048 levels of pressure on screen. It’s a clear competitor to the Apple Pencil and the company’s iPad Pro.

The pen also doubles up as a laser pointer, and a presentation clicker for all you bosses out there.

And that’s not all. Huawei has also revealed the Huawei MateBook Mate Dock, which boasts a battery, a traditional USB A slot, USB Type-C and Ethernet.