If you can’t wait to get your hands on Apple‘s upcoming iPhone, take a deep breath because you’ll have to wait a little longer. According to a bevy of new reports, Apple is pushing back the announcement date of its iPhone 5SE and 9.7-inch iPad Pro to 21 March.

Sources from Korea, supported by the likes of Buzzfeed, have reported the change in date, which was originally thought to be 15 March.

The iPhone 5SE — the phone’s current referential name — will see Apple launch a smartphone wil a 4.0-inch screen for the first time since 2013’s iPhone 5S. Internally, it will mirror the iPhone 6, and aesthetically, it should resemble one too albeit on a smaller scale.

The iPad Pro however is simply a smaller variant of the 12.9-inch behemoth Apple announced last year. It should sport all the bells and whistles of its larger brother, including Apple Pencil support.

Apple has yet to confirm this date, but expect more news regarding the iPhone 5SE and smaller iPad Pro in the coming days. 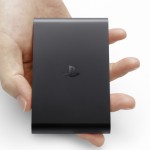