By Wiehahn Diederichs
Read nextXbox bonus round: what’s happening on Xbox.com this week [01/03/2016] 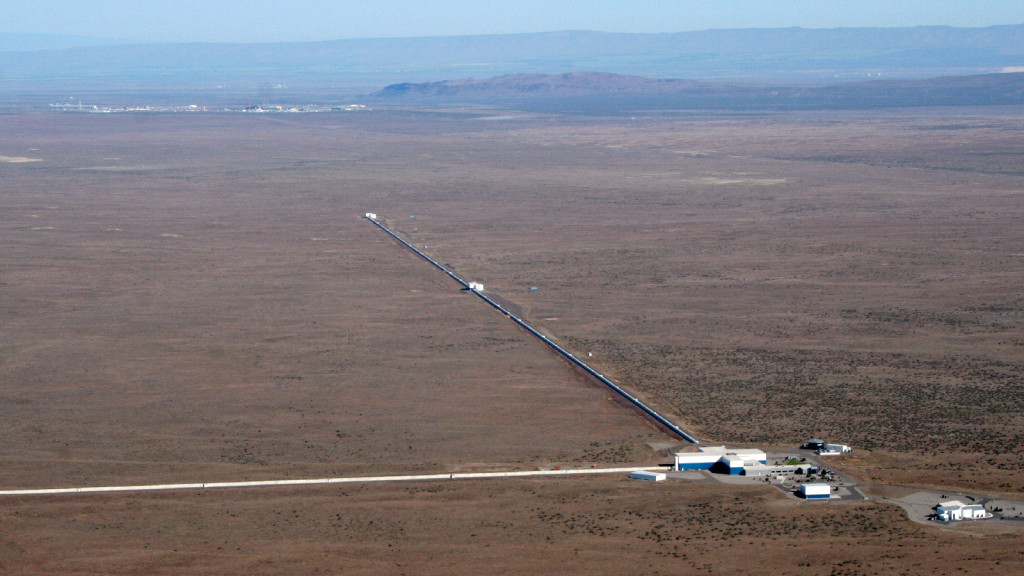 As most of you have probably heard by now, two astonishing discoveries have recently been made (or rather one discovery leading to another discovery) by the LIGO (Laser Interferometer Gravitational-Wave Observatory) facilities in Livingston, Louisiana and Hanford, Washington.

The first and most anticipated discovery was the first ever detection of gravitational waves, a phenomenon that was theorized by Albert Einstein over a century ago as part of his Theory of Relativity. It may also be interesting to note that this is the only theory of Einstein that, up until now, has never been confirmed. But what exactly are these gravitational waves?

To put it as simply as possible, gravitational waves are distortions, or ripples, in the fabric of space-time that are caused by cataclysmic astrophysical events, such as the collision of two incredibly high mass objects (neutron stars, black holes). But now you might be asking what exactly the significance of this discovery is?

The reason this is such a momentous discovery is that it opens up a totally new way of observing and studying the universe, much like a blind person who can see for the first time. Each ripple carries with it a story that reveals more and more of the nature of our existence. Above: The LIGO Facility in Livinston, Louisiana

The very detection of the gravitational waves in question lead to the first observation of two colliding black holes (the cause of these waves), an event that until now could also only be theorized.

The LIGO project was formed in 1992 by Kip Thorn, Robert Drever and Rainer Weiss as a joint operation between Caltech (Californian Institute in Technology), MIT (Massachusetts Institute of Technology) and numerous other institutions.

This collaboration is known as the LIGO Scientific Collaboration and currently boasts more than 1000 members from 83 different institutions from 15 countries. There were initial operations that took place between 2002 and 2012 but it was then established that the equipment was still not sensitive enough to detect gravitational waves.

This lead to the LIGO facilities being shut down for a few years while they were being replaced by the “Advanced LIGO” equipment that was four times more sensitive than the original LIGO. In September 2015 the new and improved LIGO went operational and sometime after the first gravitational wave was detected.

Now that we have an understanding of the nature and significance of gravitational waves, and a bit of historical background, we can begin to dissect the technology that made this discovery possible.

Each of the LIGO facilities is basically identical. The facility is built in the shape of an L with two 4km arms. These arms are called the “Light Storage Arms”.

The facility features four main components: an infrared laser beam emitter, a beam splitter, two mirrors and a detector. This setup is known as the Michelson Interferometer.

In normal circumstances, without the presence of a gravitational wave, nothing will be measured by the detector. The frequency of both light beams will be equal, effectively cancelling each other out. One of two reasons that there are two facilities at opposite ends of the USA is to better determine the waves’ original direction of travel. Gravitational waves move at the speed of light and the large distance between the two facilities enables the researchers to determine the difference in arrival time of the specific wave at each facility of up to ten milliseconds. The other reason is to compare the data of each LIGO facility and ensure that their readings are identical.

Ending off with a few words from Dr. Daw

According to Dr. Ed Daw (below image), a physicist that was part of the LIGO team that discovered the first gravitational wave, maintaining the painstaking precision of the technology behind LIGO is a daily job. Daw explains:

A key task is “locking” the interferometers, which means stabilising the separations between the mirrors so that the laser light resonates between the mirror surfaces as it was designed to do. Back when I worked on a LIGO prototype at MIT in 1997, locking was done by hand by scientists, using a hand held box with 12 knobs on it.

It is now computer-controlled, so that an operator initiates the sequence, and sensors indicate when each of the mirrors has moved into the right position. Mirror positions and angles tend to drift slowly due to temperature changes, mechanical relaxations in the hardware, and even the position of the moon in the sky, so adjusting the mirrors is a daily task.

Scientists and engineers on-site also monitor diagnostic information about the detector and the physical environment, so that when the detector isn’t working properly, the cause can be identified and addressed. And if that doesn’t impress you:

If I make this sound easy, it isn’t. LIGO is oozing with groundbreaking technology developed especially for the detectors. The interferometer arms, each 4km long, ha to be constructed with a correction for the curvature of the Earth. Each detector has to be exquisitely isolated from vibrations of the ground and it has to be in vacuum to that contaminants and gas don’t corrupt the laser light beams between the mirrors.

The two detectors have to take data for months at a time – never missing a single data point and never getting behind. When your detector is distributed over several kilometres, this is a technological challenge within itself. LIGO is an engineering and physics marvel, one of the most sophisticated machines ever constructed and it’s exciting to be a part of it. 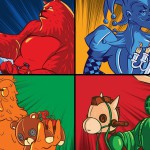