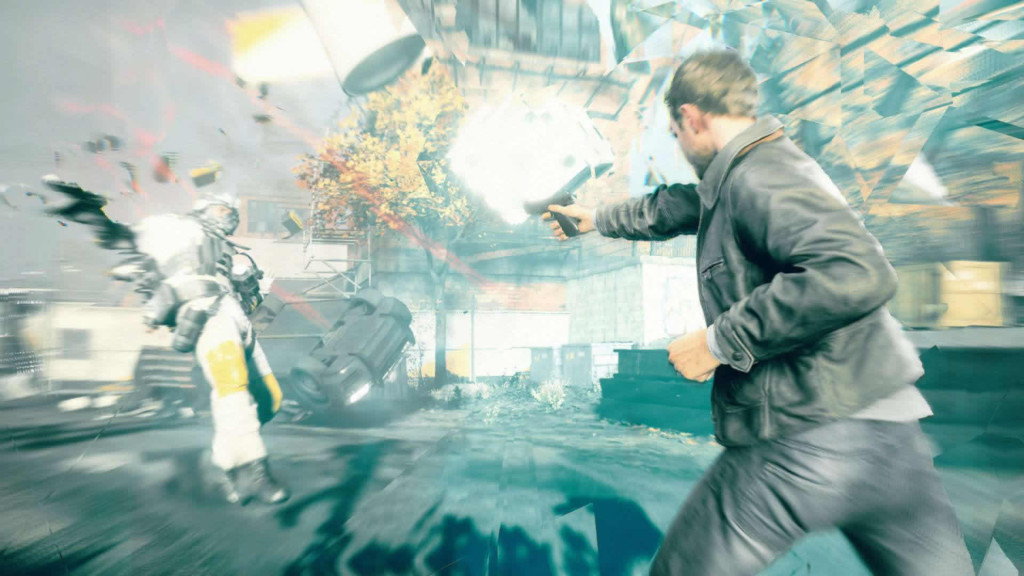 Billed as the next blockbuster title on Xbox One, Quantum Break comes from the developers of Alan Wake and Max Payne. It certainly has all of the makings of not only a great game, but a new and brilliant IP. Quantum Break experiments with the video gaming formula, has guns, time-travel, and well-known actors in key roles. Even with all of this, why do I find it so hard to recommend the game to anyone in particular?

As with many a science-fiction story, the game starts with an experiment gone awry. Our hero Jack Joyce is caught up in a heated battle with long-time friend-turned-enemy Paul Serene. Paul murders Joyce’s brother and, of course, the hero is out for revenge. That’s the core of the story, but there’s a lot more going on from there involving time-travel, corporations, and the end of everything as we know it, because of course it is. It’s easy to see where developer Remedy Entertainment is going with the story, and what they’re trying to achieve. It’s also easy to applaud them for the game’s plot, if you’ve never read a book or seen a movie about time travel. Having said that, it all feels so rushed and insignificant at times. This great science fiction drama can feel a lot more like an eighties or nineties movie. It also feels like the writers aren’t always sure of what they want to do, where they want to go, and what their own time-travel rules are. Kudos to them for sticking to certain rules, while other don’t feel all that amazing. Time-travel is not an easy sub-genre to write.

Time-travel is not an easy sub-genre to write

There are twists and turns for the sake of twists and turns to keep you interested, like a road through the Karoo. If you’re not rolling your eyes at surprise revelations then you’re guessing them before they happen, which is a shame. It’s possible to guess one of the biggest reveals within the first 20 minutes, which is disappointing. And boy, does the game hammer home the “time is a circle” theory. Yes, Quantum Break, we get it. Not to mention that a lot of the story is told through emails, diary entries, and computers left around the place. Who on earth leaves the office and keeps their email program open for the world to see? And how does Jack always know the exact email to look at to push the story along? Exposition can work in games, in fact, it does (just look at Alan Wake), but its delivery method needs not break up the game for minutes at a time while you pour over a boring email chain. That’s what work is for.

The lack of a “New Game+” system is also disappointing. Starting a new game will erase your previous one with no warning given at all.

One of the biggest draw cards to Quantum Break, and what the PR machine has been hammering into place, is that your decisions and choices in the game will affect the outcome of the plot. I’d like to say this was true, but, in reality, these choices are more of the pseudo nature. If a supporting character dies, they’re replaced by a pallet/gender swap. Surely there should be a hole left where the character was? It feels like the easy way out at this point, like replacing chicken nuggets with chicken strips because they happen to look different. The story’s obtuse direction is a pity, because the actors are superb. You’ll recognise the likes of Shawn Ashmore (X-Men), Dominic Monghan (The Lord of the Rings), and Aidan Gillen (A Game of Thrones). Ever with top talent, their acting abilities cannot save them from sub-par motion capture, strange facial features, or even some questionable lines. There’s some lovely melodrama thrown in there for good measure.

The story’s obtuse direction is a pity, because the actors are superb

Apart from some very strange facial features on characters, eyes that are very “Uncanny Valley”, and the engine stuttering and glitches when you move the camera like it’s unsure of what it’s even supposed to be doing, the game looks gorgeous. Remedy Entertainment has put a lot of effort into character’s clothing, movie segments, and the environments. Even though the game is running at 720p on the Xbox One, you’ll think it was more akin to 1080p. The developers really know how to squeeze some serious sexiness out of the console. It’s a pity they don’t know how not to reuse environments. Yes, it’s a time travel storyline which will mean repeated environments, but it also feels cheap. Sure you’re running through this area once again, but with a limited number of spaces the game feels a lot shorter and less expansive than it really should. So much more could have been done with the environments; they show so much promise.

Yes, you can finish the game in the space of a day

Though, it’s running time generally feels padded, not to mention loading times that are sometimes longer than cutscenes. The game comprises of around five acts which each lasting about two to three hours. Couple that in with a few live-action ‘TV show’ episodes, and more cut scenes and that’s not leaving a lot of time for gameplay. Yes, you can finish the game in the space of a day. Remedy has really tried to make the combat an enjoyable aspect, and it’s when you first get to use all of your powers, stopping enemies in their tracks and rushing them, but the novelty wears off pretty soon. The combat areas feel as though they’re made by someone who’s never played more than one action game and none of the guns feel any different to each other. Even the simplest of enemies can be superhuman bullet sponges if you’re not proficient at headshots.

There were too many times when enemies would appear out of nowhere and take me down with a few shots, or the game would spawn the character in direct sniper line of fire. It’s these design flaws that had me gritting my teeth after the umpteenth shotgun-blast-to-the-back death. But, hey, rushing an enemy and pounding their head with your fist is always fun. The TV show scenes have excellent production and sit somewhere between a SyFy and Netflix production. They’re not cheesy, but don’t expect Jessica Jones. Remedy Entertainment was ambitious in how the episodes can change depending on your choices, but not including them with the game is a problem.

This is progression, but not in the right way

While this review is about Quantum Break as a game, it’s necessary to mention the Xbox streaming servers as well. It’s possible to get between 560p and 720p on a 2Mbps ADSL line in South Africa with Netflix or YouTube. For Quantum Break, the videos would bounce between 360p and 480p, not to mention a lot of buffering added on, which didn’t create an enjoyable experience. The videos should have been included as a bonus Blu-ray or two that could be installed on the Xbox One before playing. This is progression, but not in the right way. And that’s what a lot of Quantum Break boils down to: progression. It’s an incredibly ambitious project with TV shows, and a mostly great script, almost perfect graphics, and a range of other goodies. Its fault lies in the execution and polish. The game really needed more time in production as well as more people who knew what they were doing. It’s a pity, because this could have been the Xbox One’s killer app.

Verdict: Quantum Break is a title that could have done with a lot more polish before release. Some may overlook its flaws and dive directly into this beautiful title, but right now, there’s not much bringing players back for a second time. It’s a good game, but it’s not a great one.

All review screenshots have been provided by Microsoft. 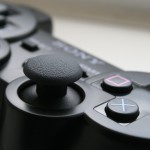