By Andy Walker, former editor
Read nextWhy spend R159 per month on Xbox Live when you can do this?

Just a few months after sales tipped the 30-million barrier, the company today announced that over 40-million PlayStation 4 consoles have been sold worldwide.

More impressive is the company’s software sales, just falling short of 271-million copies through May 2016.

“We are truly grateful for the enormous support from our fans and partners across the globe, which helped us achieve this significant milestone in such a short span of time,” Sony SIC president and CEO Andrew House states in a press release.

“We will strive to deliver even more exciting gaming experiences to our users, further driving the momentum and accelerating the expansion of the PS4 platform and its business this fiscal year by offering an unparalleled line-up of games, bringing our virtual reality system, PlayStation VR, to market and providing ground-breaking features and network services.”

Of course, it’s interesting to note that PlayStation VR is indeed yet to be launched. Additionally, there are rumours of an upgraded PlayStation 4 console dubbed the PlayStation Neo (also referred to as the PS4.5 and the PS4K) making landfall sometime this year as well.

Either way, it has been a good six months for Sony’s gaming division. 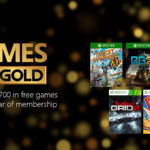