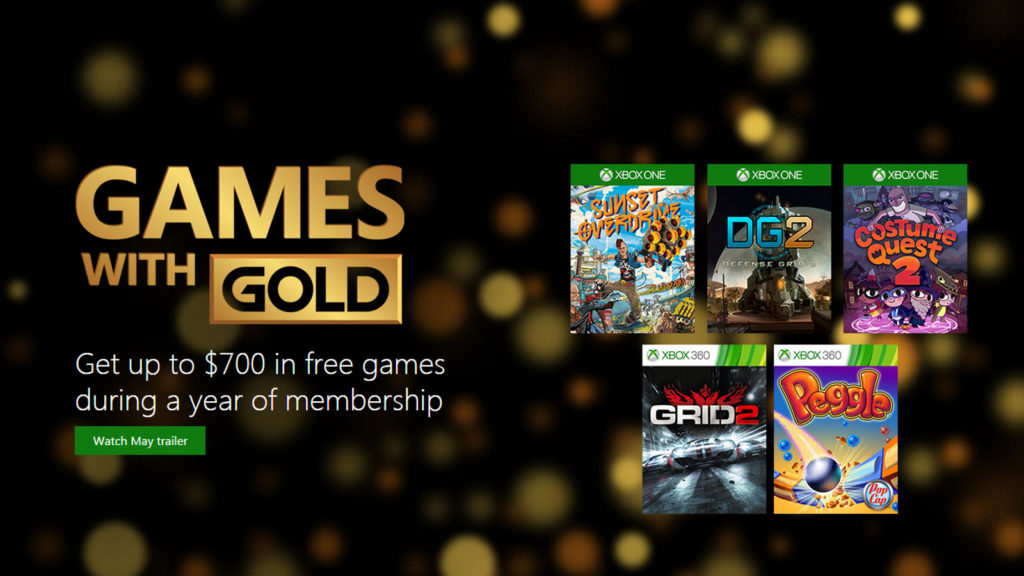 News of Microsoft increasing the price of Xbox Live Gold in South Africa has not been received positively. Then again, when do price hikes ever get a good reaction?

Anyway… the increase from R50 a month to R159 a month has seen many lash out at Microsoft – and rightfully so.

Sure, the pricing ostensibly brings us in line with the exchange rate, but when the competition is much cheaper, it’s cause for alarm. With that in mind, I wondered what else you could get for R159 a month…

Got a PS Vita, PS3 or PS4? Then at R99 a month, Sony’s paid offering is definitely worth considering. It’s R60 cheaper than Microsoft’s service, and delivers a host of cool bonuses.

You’re getting six games each month (two per platform), exclusive discounts on content as well as online multiplayer on PS4. The latter is already free on Vita and PS3, of course.

The dedicated Humble Monthly Bundles are just outside our price range, at US$12 (R188), but the website does offer several other bundles each month as well (mainly targeting PC and occasionally Android).

For instance, the Humble Capcom Super Turbo HD Remix Rebundle (phew) packages Strider, Resident Evil Revelations 2: Episode 1, Lost Planet 3 and Bionic Commando: Rearmed as pay-what-you-want deals. So spend as much as you want, or just $1. Beat the average price and you get several more games as well, making it well worth the cash.

Grab a discounted game or two on Steam or GoG

Between Steam and classic gaming outlet GoG, there are loads of cut-price PC games on offer for you. And no, you don’t need a monster machine to run many of these cheap titles.

Feeling nostalgic? Then GoG offers a host of cheap retro titles, updated to work on modern computers. The right-hand side of the homepage features a panel for sales, while the games section allows you to search for games under $10.

Back a videogame (or other project) on Kickstarter/Indiegogo

Another option is to get behind promising projects on Kickstarter or Indiegogo, and there are a host of games that could use some love.

Games and their reward tiers vary wildly, but for R159 and under you can back several upcoming projects, gaining access to the games too.

The Patreon website is all the rage these days, as users are able to give a monthly fee to their favourite content creators. Whether it’s a YouTube channel, musician or artist, they’re all on here.

Much like Kickstarter, there are different reward tiers depending on the amount you wish to pay. These rewards could be early/exclusive access to multimedia content, being credited in their works, prints from artists and more.

Buy some mobile games instead

Got an Android or iOS device? Then you’ve got access to a wealth of mobile gaming goodness in your hands – and the paid titles deserve your attention too.

Whether it’s Hitman Sniper, Hitman Go, Star Wars: Knights of the Old Republic, Zombie Gunship or Scribblenauts, there are a ton of games worth buying. Don’t let anyone tell you otherwise.

Sure, it’s not a videogame-related service, but streaming services Netflix and ShowMax will provide solid entertainment too.

The former starts off at US$7.99 (R125), delivering SD video and one concurrent connection, while the US$10 (R156) plan offers HD playback and up to two concurrent connections. Of course, you’ll need to jump through hoops to get the US or UK version of Netflix, but the SA offering isn’t so bad (your mileage will vary though).

ShowMax starts at just R99 a month, besting the SA version of Netflix in terms of exclusive content, it can be argued. From BBC and ABC to HBO and Afrikaans content, it’s got quite a few big-name studio partners on board. The biggest downside though, is that you can’t watch ShowMax on your Xbox One yet.