In a spot of rather big gaming media news, IGN has announced that it has acquired the content of recently shuttered website GameTrailers.

As part of the deal, IGN also acquired GameTrailers’ YouTube channel, delivering the announcement via the channel itself.

“Although GameTrailers.com is shutting down, IGN is committed to archiving GT’s massive library. That means all the countdowns, retrospectives, reviews and original shows won’t just disappear,” GameTrailers co-founder Brandon Jones said in the video announcement.

Related: GameTrailers closing down after 13 years

Jones added that IGN would continue to update the YouTube channel with the latest trailers.

The co-founder also shed more light on the deal in a Patreon post.

“Their purchase was just the URL, the YouTube account, and the videos. They didn’t buy a business, because there was no longer any business to buy,” Jones explained.

“IGN is actually going to try to do what Viacom and Defy Media never could – get trailers for video games on YouTube.com/GameTrailers. It was always tricky even getting those for the main channel, as a lot of publishers and developers now prefer to drive traffic directly to their YouTube link, instead of one from another, unaffiliated channel,” he continued.

GameTrailers was acquired by Defy Media in 2014, who then decided to shut the long-running website down earlier this year.

Prefer the GameTrailers crew over IGN? Then you should check out Easy Allies, made up of GameTrailers staff. The Patreon drive for the new endeavour is already raking in over US$37 000 a month, coming just short of the final US$50 000 stretch goal. 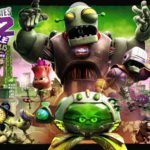