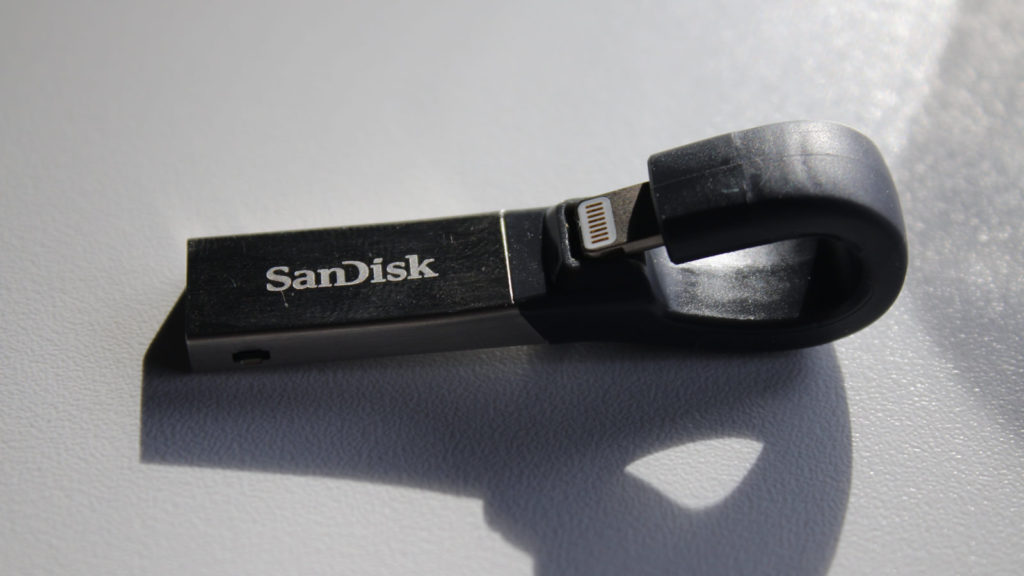 As much as you may love your Apple iPhone or iPad, its limited storage capabilities can be a problem. Like others that have come before it, SanDisk has developed an expandable storage solution for iOS devices. The question is: should you pick it up over the competition?

The SanDisk iXpand flash drive is a rather simple device in its presentation and design. The drive has a male USB 3.0 port on one end and a male Lightning connector on the other. These two connections are joined by a bendable plastic hinge. It doesn’t move naturally and feels as though it may cause problems after extensive use. Couple that with the decision to coat it in a rubber substance that easily picks up too much dirt — like jam toast falling on the kitchen floor. Regardless of what it looks like, the performance and functionality are where the product really shines through. In order to use the iXpand you’ll need to download the SanDisk iXpand Drive app from the Apple App store. This little piece of software, weighing in at just over 100MB, is where the heart of the product lies.

The drive and app’s ability to backup all of your photos and videos without any loss of quality is fantastic. You can also set the backup system to save all of the phone or pad’s photos and videos when the app is opened. It’s an incredibly easy process and SanDisk has done an excellent job of creating the interface for the app. Backing up your inappropriate selfies isn’t the only thing the app can do. In order to capitalise on the extra space of the drive, SanDisk allows photos and videos to be captured directly to the device through the app. It’s quite nifty when you’re out and about, taking videos of bags blowing in the wind.

Of course, there are additional features such as a file explorer, playing music from the flash drive (through the app, of course), and backing up your contacts.

There’s one additional feature that’s really a surprise in this package: the ability to backup images from social media. Yes, SanDisk lets you download all of those sunset views and shots of wine glasses from Facebook, Instagram, and Picasa. The speed here is determined by your internet connection, but downloading all of my Instagram photos and storing them only took a few minutes. Speaking of speed, transferring to and from iOS is a relatively fast process. When copying data to a PC, speeds would range between 28MB/s to 83MB/s, though it depends entirely on what was being sent across.

And finally, you may not want all of these images, contacts, and files falling into the wrong hands. The app allows you to create a password-encrypted storage folder to place all of your valuable images into.

Verdict: The SanDisk iXpand’s range of exemplary features and functions make it a must have for any iOS user. It’s the kind of product you’ll be using for years to come.

Disclaimer: SanDisk has allowed us to keep the review unit. 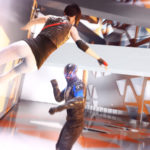