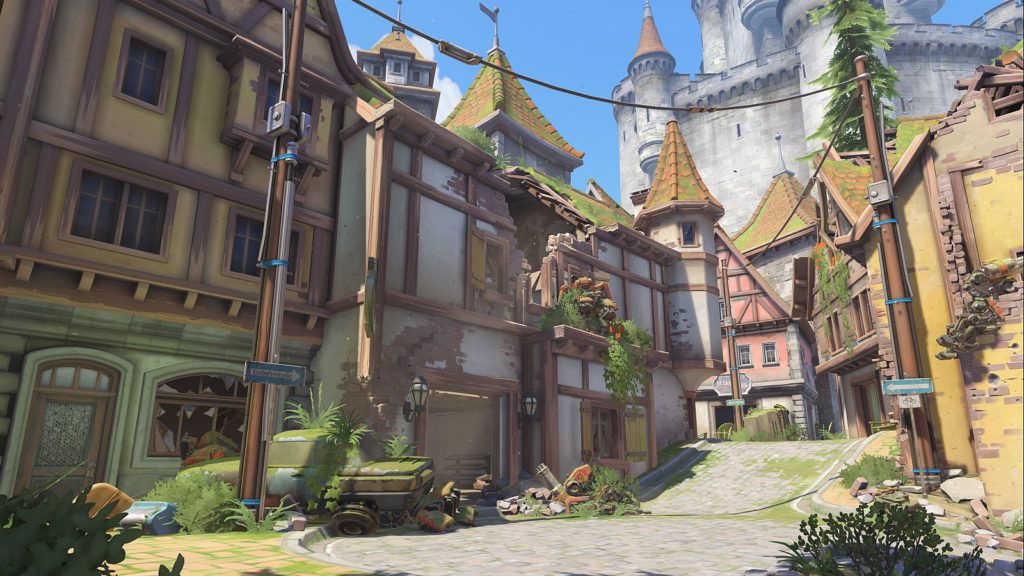 It’s August in Cologne, Germany. The smell of overheating consoles fills the air. The crunch of a particular brand of corn chip fills the ambience. It must definitely be Gamescom again.

The world’s largest gaming expo kicked off on Wednesday 15 August, and some of the globe’s most-loved companies have already had their say. But often, Gamescom is the most difficult conference to cover and follow simply because so much happens in such a brief period of time. All those unwatched trailers… *sniff*

Well, look no further. If you’ve missed any trailers this week, chances are high that we’ve included it in this megathread of Gamescom trailers…

Take a look at the conference’s biggest video reveals, gameplay trailers, and awkward interviews below, and be sure to check in for the duration of Gamescom as we update the list.

Want to see a Batman: Arkham VR trailer about everything other than the game itself? Rocksteady and Warner Bros. provide.

You have horses, swords, eagles and airships, and you still want more!? Well, DICE has listened, and Battlefield 1 now has armoured trains. We’re not too sure how one would kill something with that, but still, the game continues its trend in highlighting interesting World War 1-era technologies.

It’s not often you see a Call of Duty trailer partially inspired by a Michael Jackson music video, the colour palette of Suicide Squad, backed up by Frankie Goes to Hollywood’s Relax, but that’s what Zombies in Spaceland is all about. Initially, you’ll wonder why on earth you’re watching a Dead Island trailer, but nope, this is what happens when Infinity Ward’s employees lose their minds.

Also, you get to shoot clowns. Count us in.

Zany weapons, a self-referential quirky story, lots of blood splatter and convulsing half-deads is the usual Dead Rising formula, and the game’s latest trailer shows that not much has changed. Also, a mech suit that spits super-cool ice waves seems like a great way to dispatch zombies with devious flair.

Trailer? More like a mini-documentary. Bungie’s eight-minute long flick details Destiny‘s latest expansion pack, inspired by Game of Thrones (at least in title). In Rise of Iron, the futuristic shooter takes on some archaic weapons (such as axes) and new environments, including blizzards.

Grab some popcorn and switch on your email auto responder for the journey below.

You have Madeon remixing Blur tracks. You have Borussia Dortmund players felled by Bayern Munich players. And you have astoundingly realistic fabric effects. Is there anything to hate about this trailer?

According to EA, the trailer uses captured in-game footage, so draw your own conclusions on the game’s visuals. As for gameplay, we wait with bated breath.

Less of a trailer and more a demonstration of what Microsoft Studios could be bringing to the likes of Project Scorpio, this Gears of War 4 demonstration is in glorious 4K. Running on PC here, the demo also takes a look at the gameplay one might expect in the next edition of the iconic shooter series.

If you have bandwidth to spare and a 4K monitor, we would advise you do the right thing here.

We’ve seen gameplay at E3 2016, but Ubisoft has detailed what we can expect from character customisations in Ghost Recon: Wildlands.

Hated Suicide Squad and wanted to beat the hell out of Will Smith’s Deadshot? Well soon you can, thanks to NetherRealm Studios’ Injustice 2. If that developer’s name sounds familiar, NetherRealm is also responsible for Mortal Kombat…

Injustice 2 looks a lot like MK, just with more Harley Quinn, of course.

The 1960s was an interesting time in the planet’s political and cultural history, and if you love heist games, Hangar 13’s Mafia III looks a gem. Published by 2K Games, the title’s latest trailer takes a look at the game’s old-world charm and flair, without spurning its gritty gangster underpinnings.

Fast becoming one of YouTube’s most hated game trailers, Metal Gear Survive is a zombie-survival four-player co-op stealth title, that seems to be growing on the franchise’s hardcore fans. Well done, Konami.

Read More: Metal Gear Survive is not the Metal Gear you know and love

Monster Boy and the Cursed Kingdom

Side-scrollers have made an emphatic return to form of late, and that trend seems to continue with the cutesy Monster Boy. Developed by Game Atelier, you’ll be able to choose between six characters as you bound through the game’s various levels.

If you love retro games, have a crack at the trailer below.

Does anyone play ice hockey games in South Africa? If you do, let us know, because we want to know.

Blizzard has been seriously busy mid-week, and one of its biggest introductions was a new map for Overwatch players bored of teleporting off cliffs. Dubbed Eichenwalde, the fairy-tale German town includes a castle and tiny little houses – it’s perhaps the perfect time to launch the map.

It’s “coming soon” according to Blizzard, but get a sneak peek of it below.

Thanks to streamer Hammeh, we have an idea of what new emotes are heading to Blizzard’s enormously popular first-person shooter.

Featuring less Madeon but the same amount of Borussia Dortmund (strange, considering that Gamescom is in Cologne…), the new PES 17 trailer shows off more of the actual gameplay physics and mechanics than its EA rival.

For the most part, the FOX Engine that powers the title still looks damn competent at running a football simulator well.

Good grief. ReCore launches next month, and we still barely know anything about the game. Yes, it’s an Xbox One exclusive in which you’ll travel the game world with a robotic companion, but that doesn’t say much, does it?

Perhaps this trailer will help.

South Park: The Fractured but Whole

Sooo…. this new Fractured but Whole trailer doesn’t show much more than what we’ve already seen. Still, if you love the humour, it’s worth a watch.

Into StarCraft? Blizzard’s bringing a new Protoss commander to the game for co-ops, dubbed Tal’darim Highlord Alarak. But that’s not all that’s new…

Arguably Ubisoft’s most unique IP in quite some time, Steep will inspire those who’ve always wanted to shred some powder, but just couldn’t. It debuts in December 2016.

The latest RE trailer is getting some heat from hardcore fans, as almost a third of all votes are downvotes. If you’re into horror movies at least, you’ll notice a slew of tropes bearing their ugly, jumpscary heads in this three minute “found footage” trailer.

Developed by Lords of the Fallen co-devs Deck13, The Surge is like a futuristic version of Dark Souls with exosuits, a more vibrant world, and lots of interesting combat mechanics. For instance, combat-wise, the protagonist makes use of vertical and horizontal attacks, instead of the normal light and heavy attacks. But that’s only one of the many.

It’ll be launched in 2017, and will be a PlayStation 4 exclusive.

Here’s a solution to a problem, and a problem in general: while EA and Respawn will host a Titanfall 2 tech test (effectively a stress-test beta), it will not be open to PC gamers. Say what you want, but that’s a surefire way to piss PC games off.

Still, for those on PlayStation 4 and Xbox One, you can look forward to the upcoming test beginning this Friday, 19 August.

Ubisoft has some interesting IP launching this summer, including the Watch Dogs 2 sequel. While hacking is as paramout in this title as the last, Ubi’s now promising a new seamless multiplayer experience. What that means is up to you. No, really, that’s what Ubisoft says in this trailer.

If you’re sick of the deathly serious titles on offer at Gamescom this year, then look now further than the cutesy Playtonic-developed Yooka-Laylee. Rich in colour with some Trine-like worlds, the game will likely appeal to young and young-at-heart. 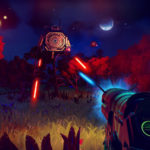