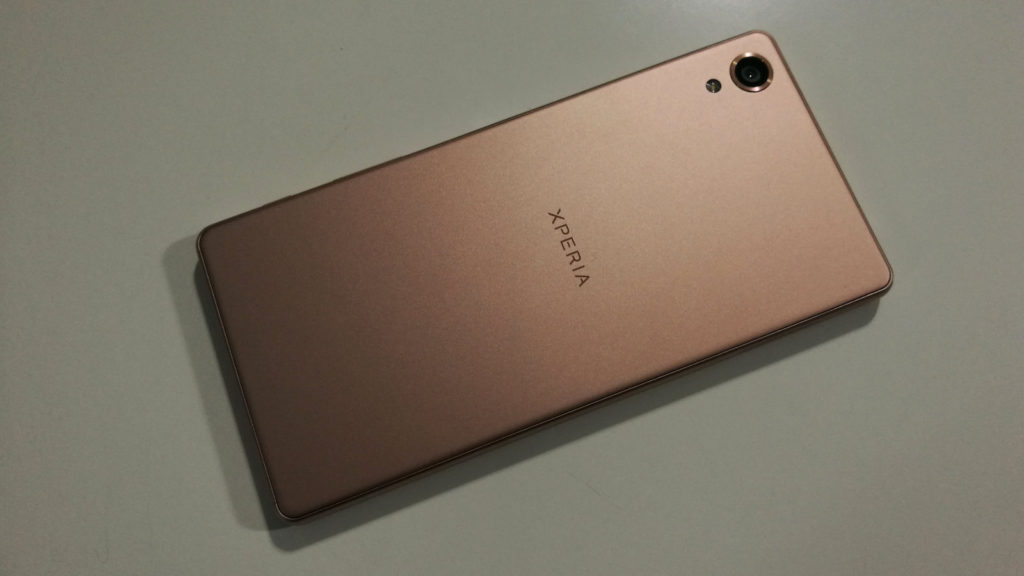 The Sony Xperia X is in a rather confusing place right now. It wasn’t immediately clear at launch whether it’s a new Sony smartphone flagship or if it complements the long-running Sony Xperia Z lineup.

If one thing is clear though, it’s that Sony’s phone has a high-end price and pseudo-flagship features.

What are you getting for the price?

The spec sheet doesn’t tell the whole story, but it does give you a pretty good idea of what you’re getting though. In terms of pure horsepower, you’ve got a fast but not top-flight Qualcomm Snapdragon 650 processor and 3GB of RAM. So straight away, it’s a tad underpowered on paper compared to the Samsung Galaxy S7, LG G5 and Huawei P9 — all in its price range.

You’ve also got a 5.2-inch full HD display and 32GB of expandable storage, putting it in good stead.

Other notable specs include a 2620mAh battery, a microUSB port (no Type-C port here), a 13MP selfie shooter and a similar 23MP f/2.0 main snapper to the Xperia Z5 range.

For over R11 000, you’d expect the phone to pack a bleeding-edge Qualcomm Snapdragon 820 chipset in there, right?

Unbox the phone and you’re left with a distinctly Sony handset that feels a tad clunkier compared to rival devices, for some reason. Maybe it’s the thick bezels above and below the screen, maybe it’s the slightly thick design or perhaps it’s the weight, but either way, it’s not the most stylish phone released this year. Still, the phone doesn’t hurt the eyes at all, featuring a metallic rim and a stark, plastic-sounding (but is it aluminium or glass?) back.

In terms of I/O, you’re looking at the aforementioned microUSB port at the bottom, a fingerprint scanner/power button, volume rocker and camera key (yes!) on the right, earphone jack at the top and SIM/microSD tray on the left. I have no real qualms with this arrangement, but the volume rocker could’ve used better physical differentiation, such as a notch between up and down (it occasionally becomes a gamble to adjust volume).

The Qualcomm Snapdragon 650 and 3GB RAM pairing seems like it should handle almost anything you throw at it, and this rings true for the most part. Flicking through homescreens, firing up apps and multitasking makes for a pleasant, brisk experience.

Camera performance was also speedy and mostly pleasant (we say “mostly”), but more on that in a bit.

The toughest software test for any smartphone tends to be gaming, and the Xperia X isn’t a bad performer. We played through a few games, such as Astra, Mekorama, Blades of Brim, PKTBall, Shooty Skies and Crashing Season, only finding the latter to produce jerky framerates really. Blades of Brim was another title that suffered from inconsistent frames, but this quickly cleared itself up after the first few seconds of a level. In other words, if you’re hoping to play the latest and greatest, you might have to turn the visual settings down for a select few, but the vast majority of titles will run at a good pace and at maximum fidelity.

As for Antutu 3D performance, we noted scores of 77 891, 78 790 and 77 631 in consecutive tests, the phone managing to stay in the same score range. This bodes well for sustained performance on paper, while the phone got warm but not hot after the third test. The scores also see it ranked 15th on Antutu’s website, just above the Samsung Galaxy S6 but just below the Vivo XPlay 5.

For over R11 000, you’d expect the phone to pack a bleeding-edge Qualcomm Snapdragon 820 chipset in there, right? But at least the Xperia X manages to do a good job nonetheless.

Otherwise, Sony is shipping its usual Android skin here, which has been praised for being very lean. Then again, I could never get into it, preferring HTC‘s Sense UI instead — but your mileage may vary. The skin delivers an app drawer, a persistent search bar on all homescreens, a suggested apps/recommended apps to install page on the far-left, and all the usual preinstalled Sony apps (Lifelog, Calendar, PlayStation app, Track ID etc).

The recommended apps to install section is rather inoffensive and you might find a few nuggets now and again, but it’s nothing that Google’s Play Store isn’t doing already. Fortunately, this can be disabled.

The 23MP main camera should be capable of some fantastic shots, especially with Sony touting its object tracking technology. I can’t help but feel disappointed though as the Huawei P9, with its lower resolution cameras and smaller apertures, often went toe to toe with the handset.

It’s not a knock against Huawei, but for a smartphone brand with a strong mobile photography background, Sony’s efforts seldom stood above the upstart brand.

Daytime shots produced realistic colours and managed to pack in plenty of detail, so those wanting to crop for Instagram shouldn’t be concerned too much. Focusing tends to be fast for the most part, although I definitely had shots that were out of focus despite my efforts. I also had a few moments where the viewfinder would appear to be out of focus but took a sharp shot nonetheless. Weird. 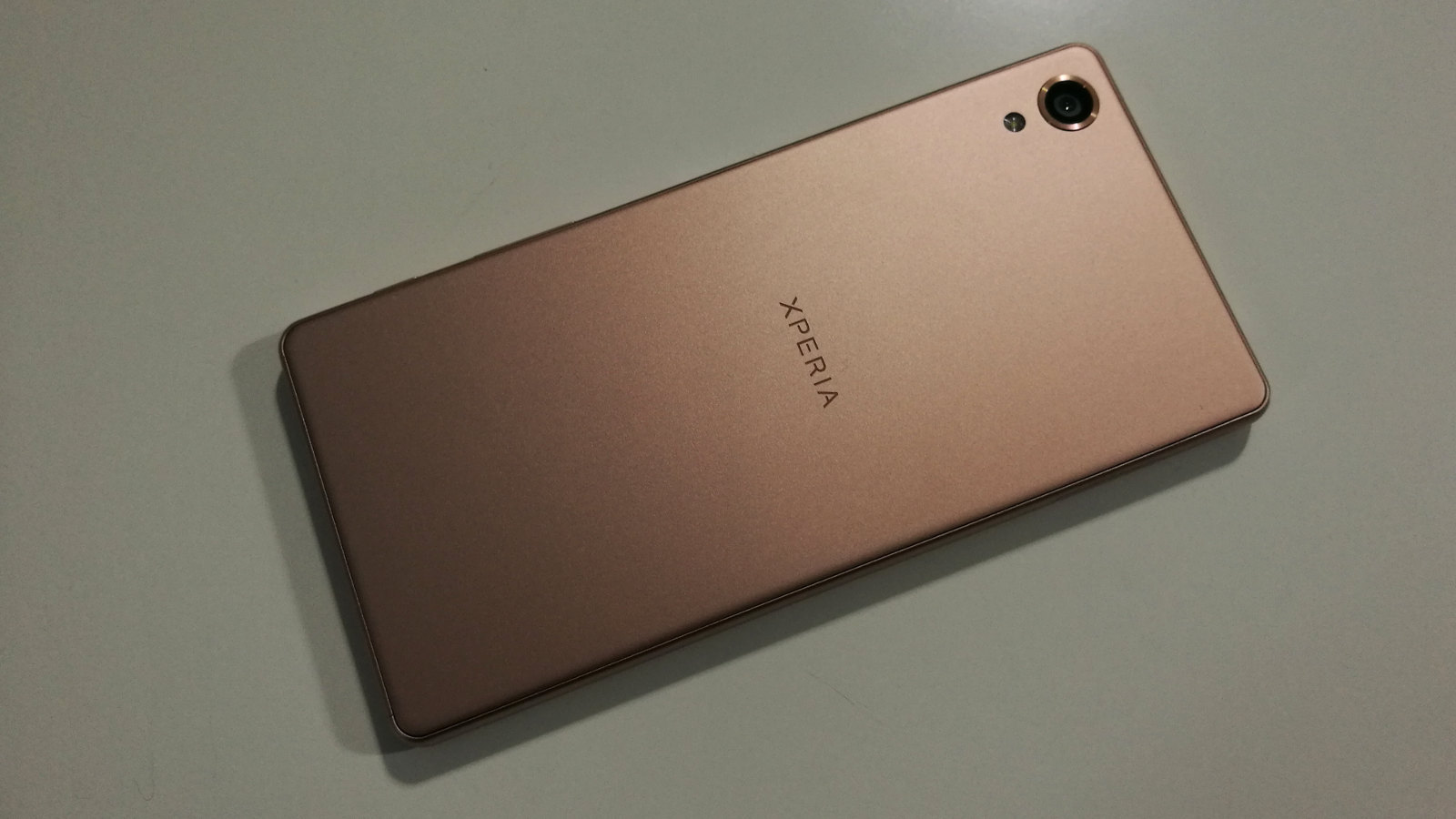 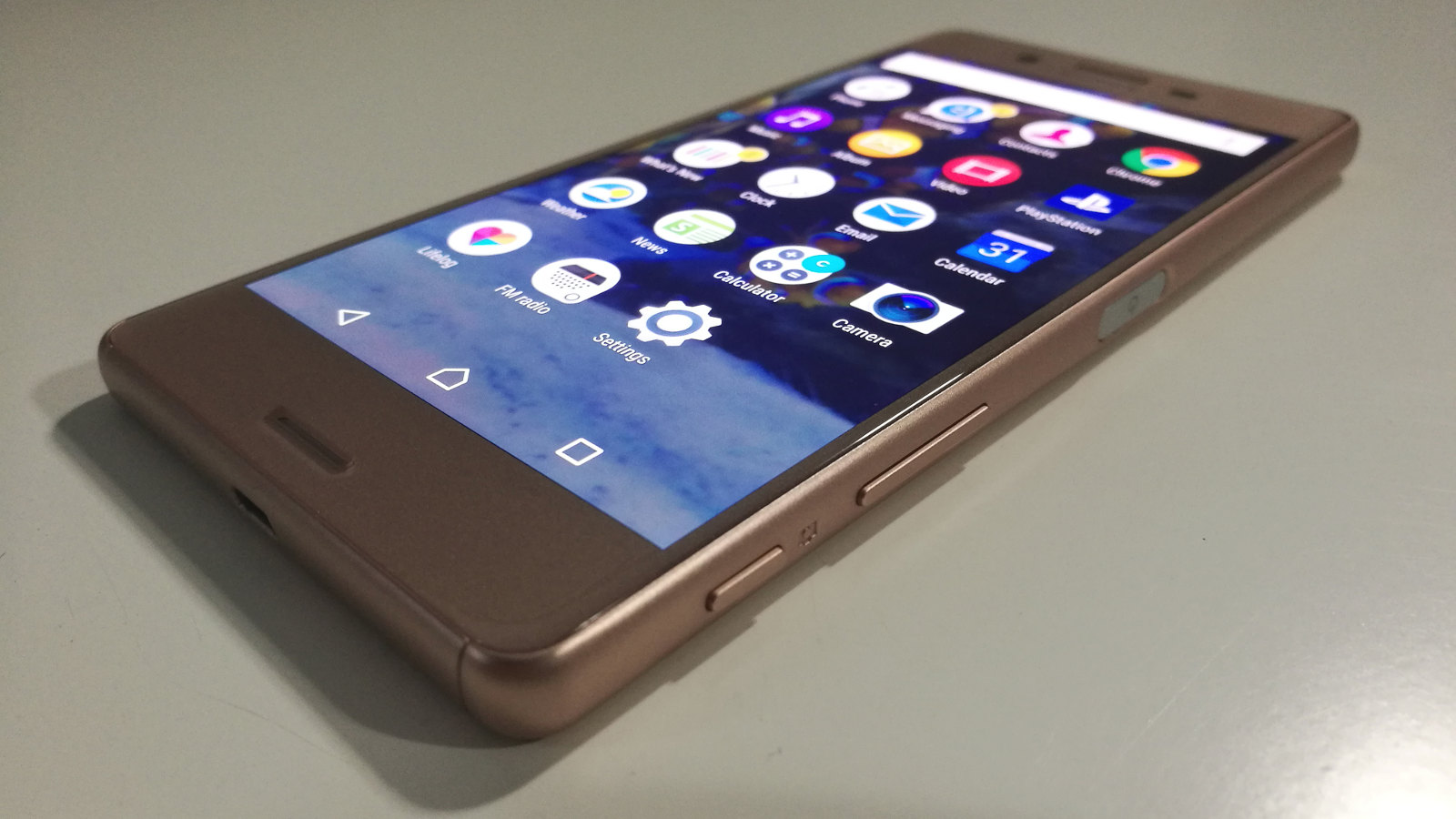 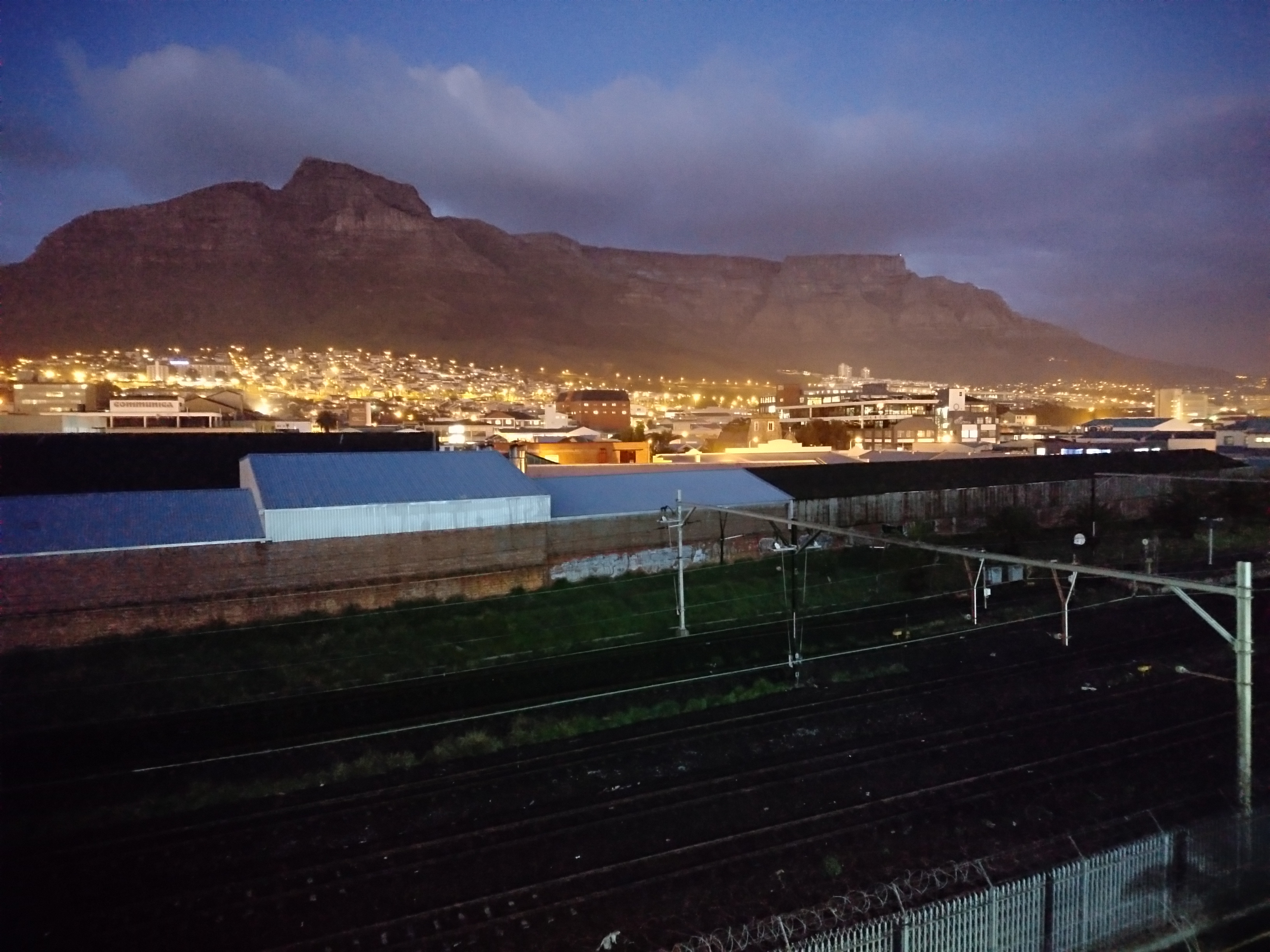 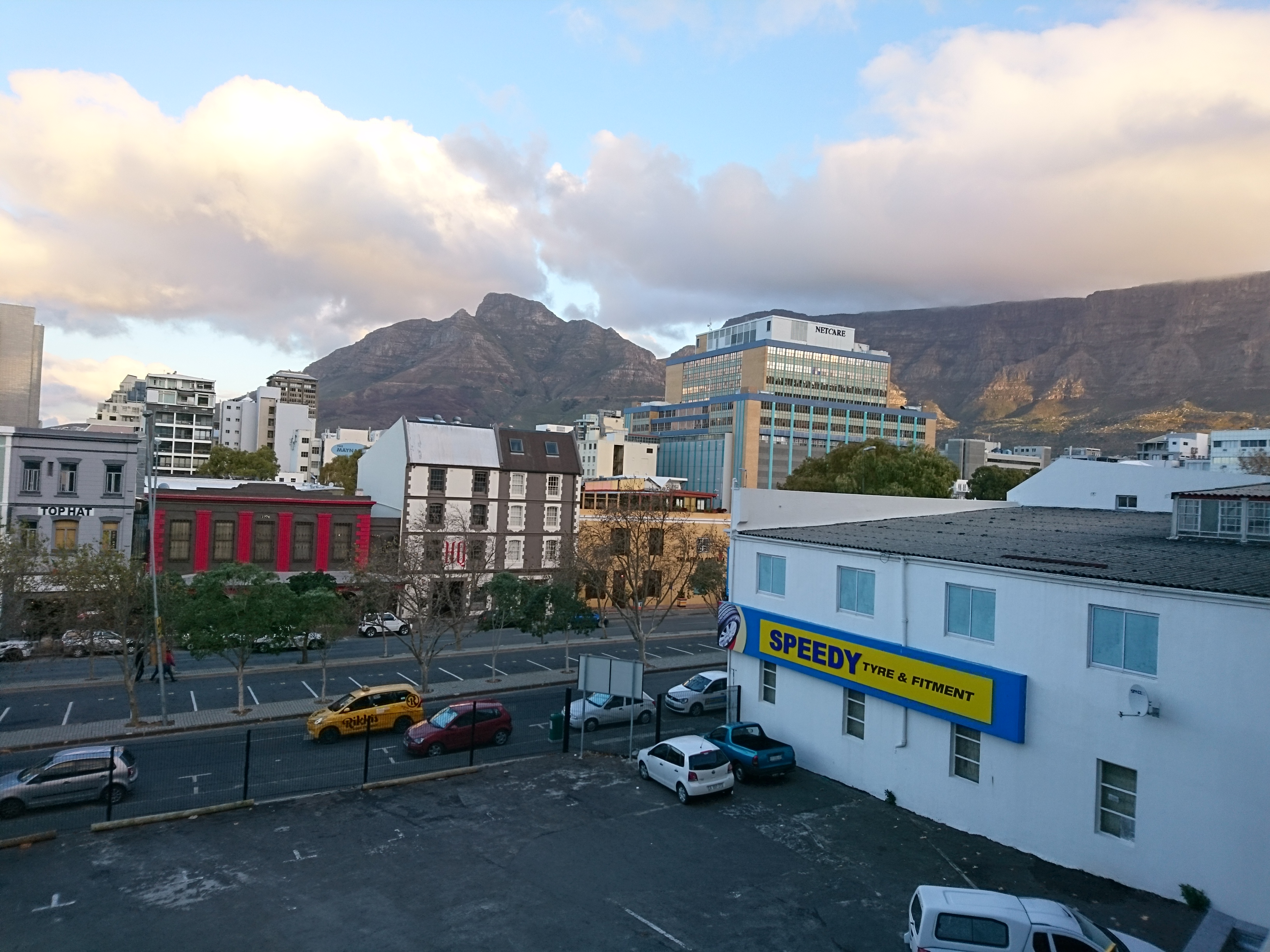 The phone doesn't do a bad job in this department, although the P9 was more vivid and detailed. 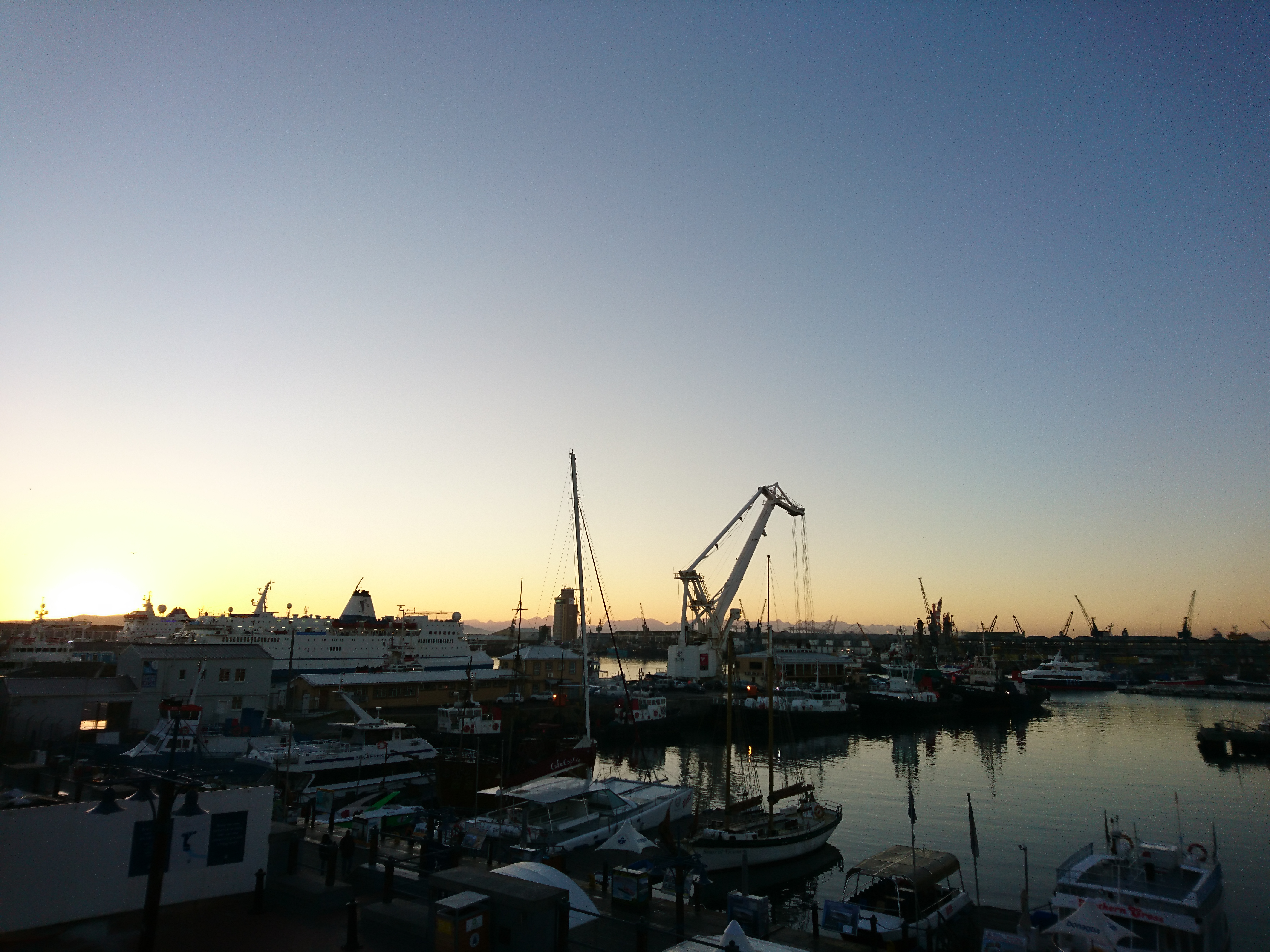 The Xperia X fared well on the picture front here, but fine detail (such as text) is left wanting. 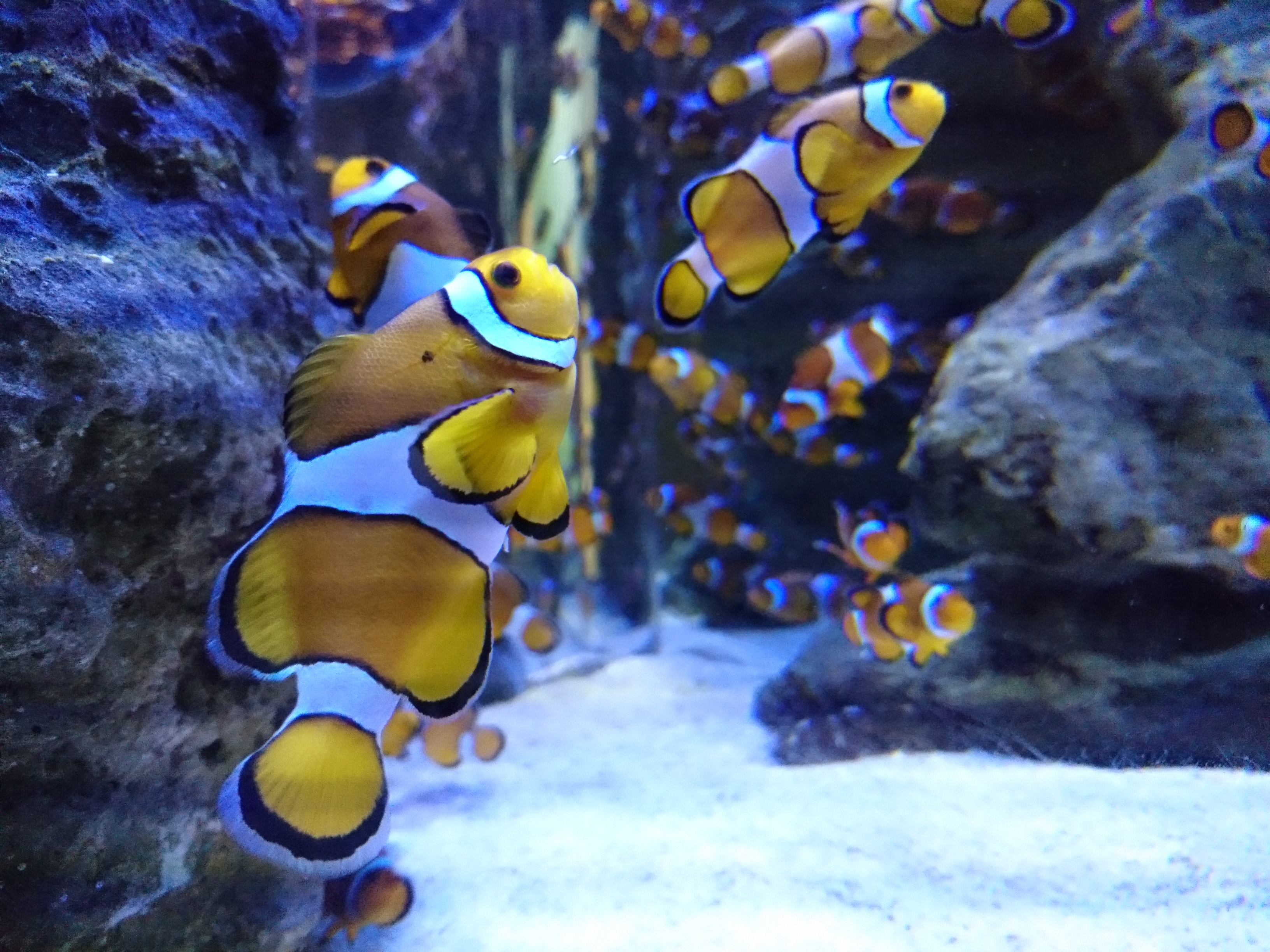 The object tracking is supposed to be rather stellar on here, but it still took me a few tries to catch this clownfish. 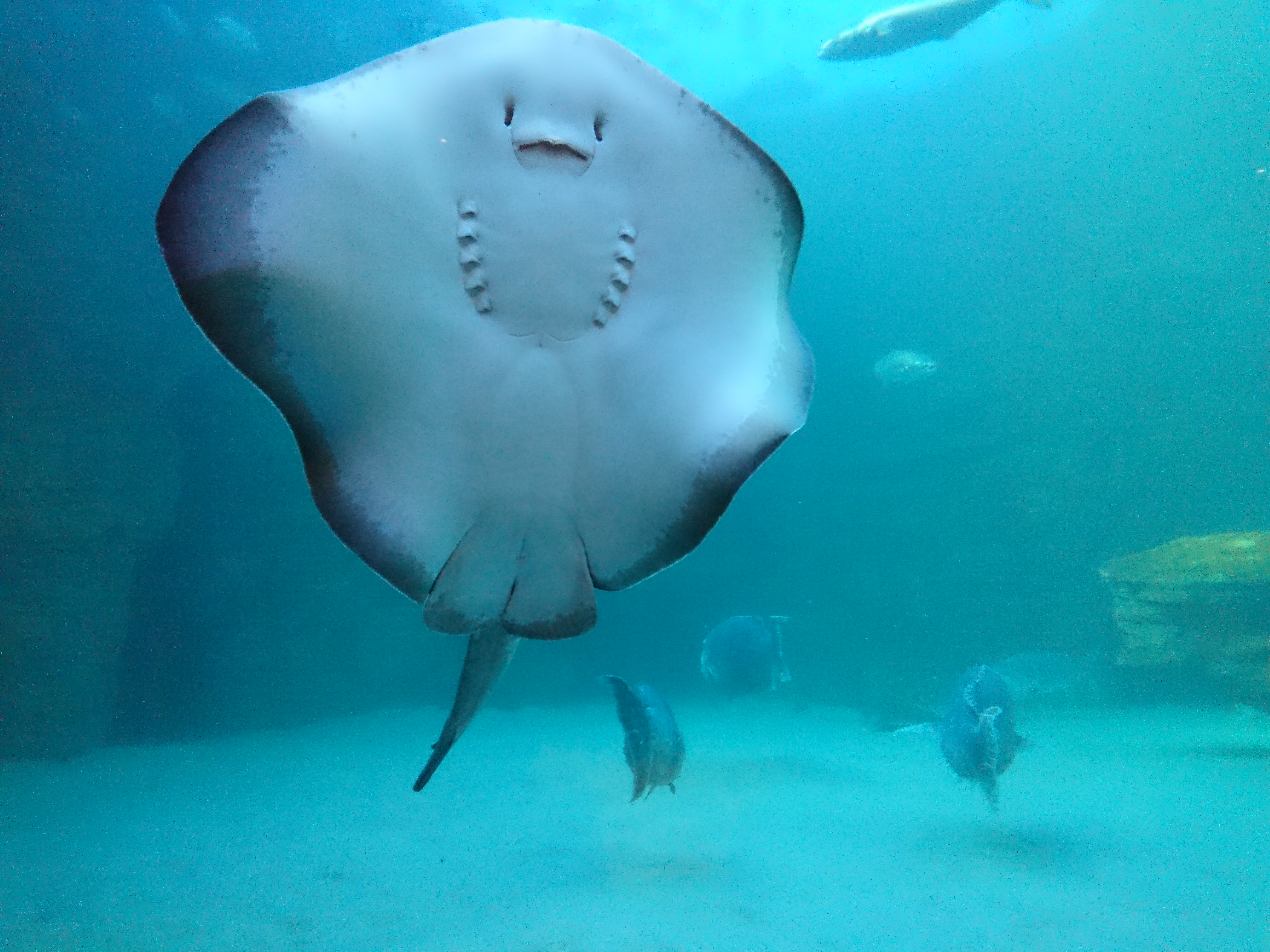 Proof that you don't need a technically fantastic mobile camera to capture a fun image. 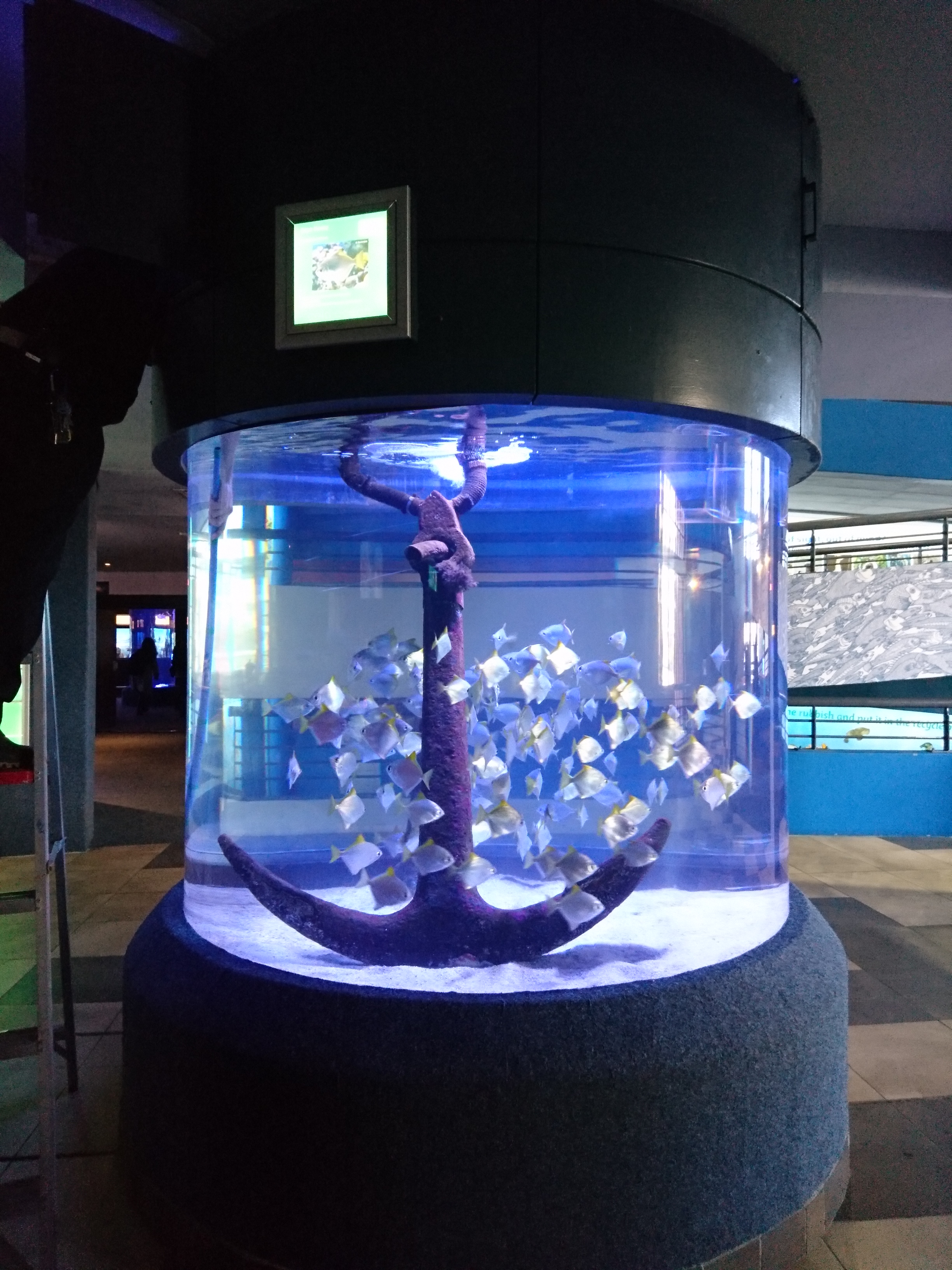 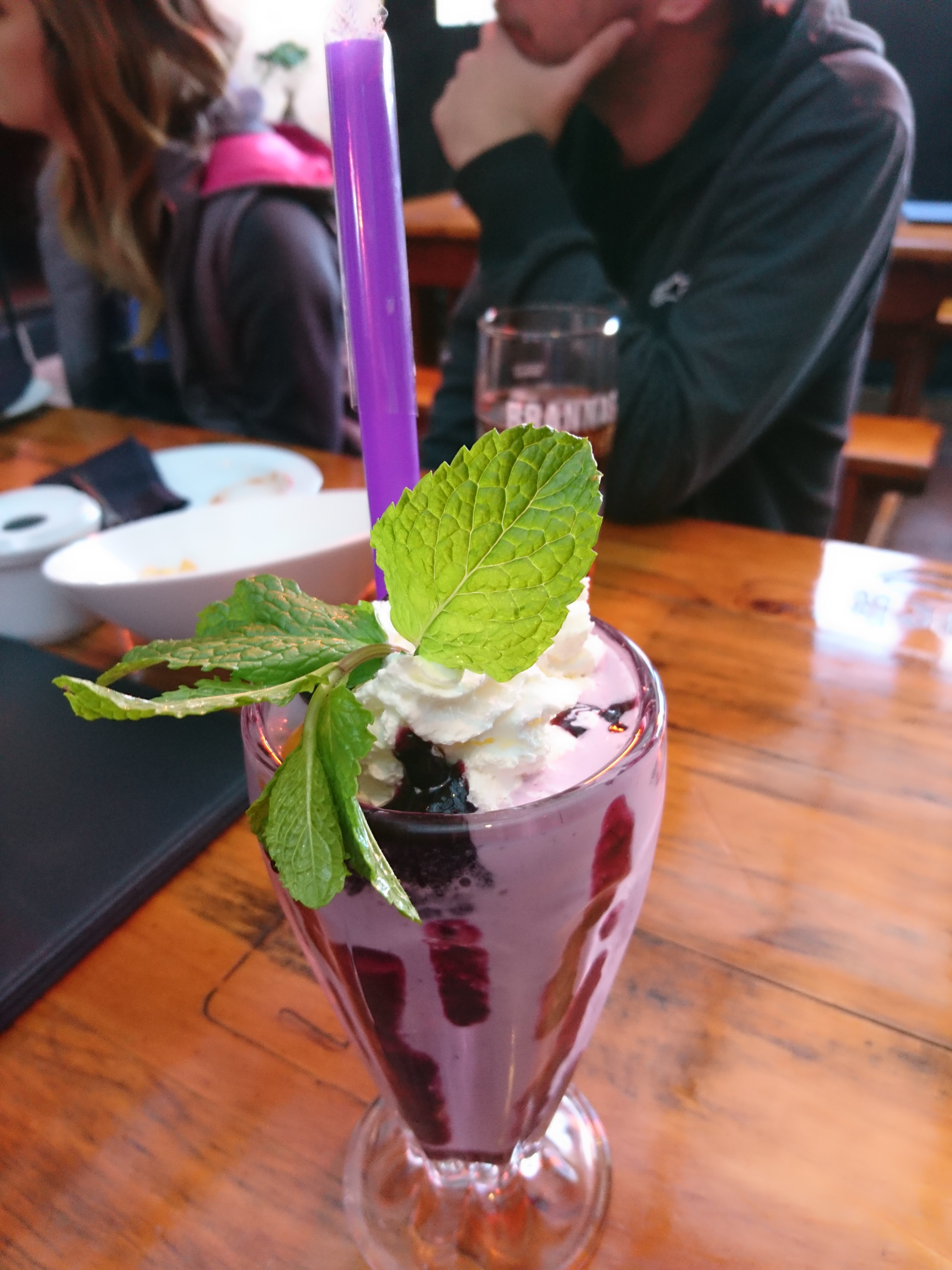 The object-tracking functionality is interesting too, but you’ll want to stick to using this when tracking things during the day like a toddler or backyard football match. I found that the feature would struggle to work during a jiu jitsu match for instance, the focus indicators constantly on the hunt.

Against the Huawei P9, the Sony Xperia X’s camera efforts seldom stood above the upstart brand

The phone disappoints somewhat in low light though, packing in a ton of light (yay!) but seeing a noticeable drop in detail (nay!). Of course, this trade-off is to be expected, but not to such an extent though, as zooming in on a night-time snap produces some oil painting-style results (i.e. splotchiness, noise and subsequent lost detail).

In fact, the Huawei P9 usually delivered more resolvable detail in these situations (regardless of whether the X took an 8MP oversampled shot or 23MP full-resolution picture), although the Xperia X spat out brighter photos most of the time. You only need to take a look at signs, text and trees for proof of lost details.

The X’s biggest strength is in the video recording department though, as the phone delivers some well-lit and mostly jitter-free video clips during the day. Night-time video recording results in loads of noise, but videos remain well-lit and useable again. Unfortunately for owners of 4K TVs/monitors, the phone tops out at 1080p/60fps.

Frequently record your child’s extra-mural activities? Or maybe you’re like me and record live gigs and sport events? Want to use your phone as a dashcam? Then this phone isn’t for you because it has that old Sony Xperia problem, you know… overheating after a few minutes.

This is simply unacceptable in today’s phones, especially when I was recording at 1080p in the first place. And the fact that this has been a long-standing problem is beyond ridiculous, having experienced this issue with the Xperia Z5 Compact last year too.

The Xperia X’s main camera isn’t bad then, sucking in oodles of light and delivering great daytime performance, but the lack of low-light detail and the inexcusable overheating problem makes it tough to recommend for photography fans.

The front-facing 13MP F2.0 camera is no slouch though, offering sharp images in most environments. A front-facing flash would’ve been a lovely addition, owing to the drop in light and detail for club selfies.

Does it have legs?

The Xperia X only packs a 2620mAh battery, but you might be surprised with the amount of juice you can squeeze out of it. As for Sony’s claim of two days? I’m not quite sure of this, although I was able to download a few games, listen to an hour or so of music, check social media and still have more than enough juice for the next morning. It would be a stretch to continue in the same way until the evening though.

I put the phone to the test by running a looping 1080p/60fps video on it, complete with WiFi connectivity and maximum brightness. The result was that the phone conked out after roughly six hours, putting it squarely in the middle of the road. You can obviously turn down brightness, disable connectivity and/or use the Stamina mode to achieve better results, but it still makes for a rather average showing (especially when the S7 Edge hit the 12 hour mark).

Standby time is rather great though, the phone easily lasting three days or so with no dramatic reduction in battery life.

Still, if you’re expecting battery life on par with the Z5 or Galaxy S7 Edge, you might be disappointed. Otherwise, this isn’t a disappointing department.

Verdict: There’s brisk performance, a solid design and a camera capable of excellent daytime snaps. But for R11 999, you’d expect better low-light camera performance, a cutting-edge processor and a phone that doesn’t overheat (yet again). 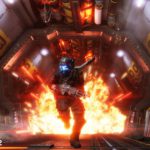