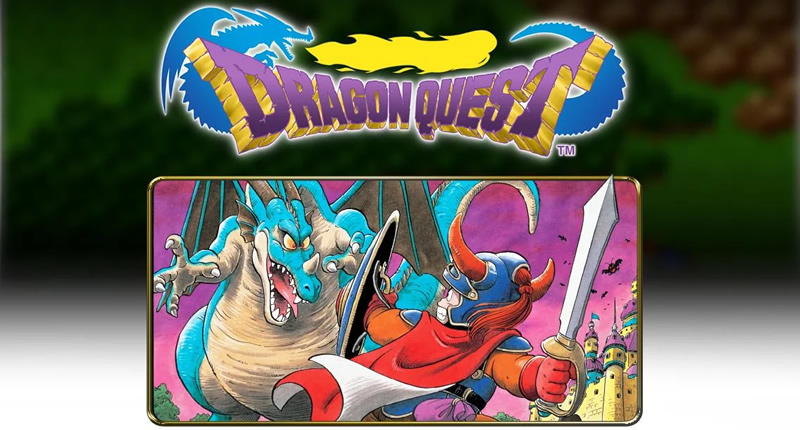 Before giving Dragon Quest I a go, I’d only ever previously played DQ VIII on the PlayStation 2, and that was brief foray into the series. Recently, I’d been looking for an old-school JRPG to play on the go and the DQ I remake on Android was the recommended port of call.

The entirety of Dragon Quest I is a JRPG trope and cliché. Let me rephrase that: DQ I invented many JRPG tropes and clichés. From the game’s “save the princess from the dragon” storyline to the endless grinding for levels, and overall fantasy theme.

The game isn’t for everyone – especially if you’re more akin to newer JRPGs with advanced mechanics and drama-filled storylines. It’s a simplistic title that can be completed in around 10 hours, less if you know exactly what you’re doing.

Your character is a descendant of a legendary hero and you’re tasked with rescuing the kingdom’s princess from an evil dragon, and restoring balance to the world. Along the way, you’ll interact with a plethora of mindless townspeople who spout mostly useful information at you, villains, and a range of monsters. There’s no high school or love triangle drama here, just a simple tale of people under threat. Dragon Quest I‘s combat is extremely easy and can lead to mindless battles as you constantly tap the action button. Being the first try JRPG, you’ll have a set of spells that unlock as you gain levels, newer weapons to buy as you visit each town, and items for battle. It’s not complex in any way and just killing monsters for a few hours will make sure you’re beefy enough for any boss encounter. I found the experience to be a lethargic one and something that I could easily get into.

The graphics are excellent and look as though they’re from the 16-bit era of RPGs, though with some improvements. Every monster and character is beautifully brought to life from Akira Toriyama’s initial concepts and it’s a bliss to play.

DQ I‘s interface has been tweaked from the original to allow for battles to play out in a pop-up-type screen and not have to load a separate battle screen. My biggest gripe about the UI is the digital joystick, which included the action button in the middle of the move one. Sure, it’s made for single hand use, but it’s not the kind of control you need for an RPG.

When it comes to music, the Dragon Quest soundtrack is both memorable and frustrating. You’ll love each melody that plays in battle, in a town, or in a dungeon, but that’ll only last for the first few hours. Thereafter you’ll wish for more tracks as the same songs will play over and over. Just hope you really do love that battle music as much as I do.

Verdict: Should Dragon Quest I be recommended to everyone? No. It’s a game for those really wanting to get back to the basics of JRPGs and for someone who’s looking to get into the series. Those wanting to play it will find a magical and charming game.