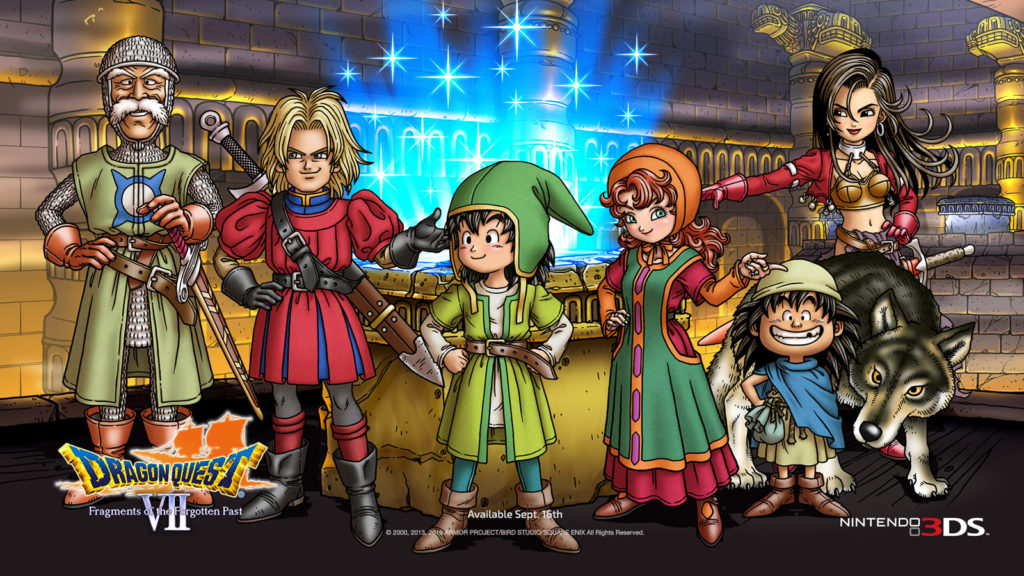 There’s a distinct lack of traditional JRPGs in this modern age of re-invented consoles and hyper-realistic graphics. One series that has stayed true to its roots is Dragon Quest. Finally, after 16 years, English fans will be able to experience one of the most epic gaming tales ever: Dragon Quest VII: Fragments of the Forgotten Past.

The game originally debuted on the PlayStation 1 and has now been remastered for the Nintendo 3DS console. Well, it’s only just been localised for English audiences and was in fact released in Japan three years ago. Fans in the ‘Western’ market have been clamouring to play DQ7 and it really is well worth the wait.

DQ7′s story revolves around a world covered in water, populated by only a single island. You play as a silent protagonist and common kid; one of the few inhabitants of this planet. There’s not much around except for two towns, a castle, a few oddities, and the local sardine fishing trade. There have been long-time rumours about other islands, even continents once existing alongside yours, but the general populace doesn’t believe these fishermen’s tales.

Upon exploring some old ruins, you and two friends are transported into the past to an unknown land. This world has been ravaged by monsters while a lone hero has tried to help them. Being the good citizens that you are, your ragtag band of heroes volunteers to help out the newly discovered town. After completing a few tasks for the local populace and saving them from vile fiends, the land appears in the present, shocking everyone on your island. Suddenly, this almost barren water world has a new town and residents. That’s where the story takes off, as your party repeatedly travels to the past in order to restore the world to its former glory. As the game progresses, you’ll pick up new party members and slowly discover what happened to this once beautiful world.

On paper, the idea sounds somewhat generic and repetitive. Each land has you technically doing the same actions over and over, but this is played off against the superb story in DQ7. Every island has its own unique story, characters, and set of events that take place. One adventure may have you saving the inhabitants of a town from turning to stone, while another has you exploring a volcano. It’s these events that make DQ7 stand out not only from its contemporaries, but also those in 2016 as well.

The writing is absolutely amazing and designer Yuji Horii (along with the English translation team) has done an absolutely fantastic job with the story. I’ll happily admit there have been places where I laughed out loud, I was angry, and I even cried during some of the story scenes. DQ7 isn’t a plucky JRPG full of general tropes that it first appears to be; it’s a piece of art that really pulls on your heartstrings in only the best ways possible.

Every character is beautifully written and it doesn’t matter what role they’re really playing in the grand scheme of things. In all honesty, it’s impossible not to gush about this absolutely wonderful tale and you’ll be hard-pressed to find a more heartfelt one in this day and age.

This quality of storytelling means that DQ7 is a very long piece of gameplay and an investment. You may sit down for a few minutes to grind some levels, but you’ll only surface for air once the battery indicator on your 3DS starts blinking. Even though I have only managed to put in 30 hours of playtime, you’re looking at a game that can take up to 120 hours to complete.

Of course, this does come at a price and the game isn’t recommended to the impatient. Its exceptionally long introduction area only has you fighting your first battle two hours into the game. Then, unlocking one of the core mechanics in the title (the class system) can take around 27 hours (though I did grind a lot during my playthrough, which may account for how long it took me). DQ7‘s battle system is simplistic. It’s something that any fan or first-time player can pick up and go along with, after all, Dragon Quest did invent the JRPG genre.

Your battle actions will consist of basic commands, such as Attack, Magic, or the use of items and abilities. There are no ultimate moves here or tag-teaming, but there is a laid-back experience to be had. Even grinding for experience in order to make your characters stronger can be relaxing as battles can take a few minutes.

The Vocation (or job) system adds to the battles by allowing your characters to specialise in certain jobs, such as Mage or Warrior. This gives your characters new abilities to learn and master, which can be mixed and matched with other classes to create powerful characters. It’s a fun system, though not as streamlined as some of its peers.

Monster battles have been changed from random encounters to creatures you can run into (or who chase you) on screen. The pro here is that you can dodge battles when you’re not in the mood, but some enemy placement in dungeons forces you into battle after battle.

Where the game is a bit of a let down are the bosses. I’ve yet to be killed by one of these and most of them are a walk in the park. In fact, some of the general monsters actually felt more difficult than bosses.

Even with the ease of battles, you’ll still be stuck with a clunky and underwhelming menu system. It just doesn’t feel intuitive, really, and everything feels as though it requires extra steps in order to use. The same can be said for the menu outside of battle when looking at stats or even purchasing from stores. It is something you’ll quickly get used to though, but you shouldn’t have to.

The plain, boring menus are a stark contrast to the overwhelmingly beautiful graphics. DQ7 is presented using a 3D engine — unlike the original’s 2D one — and it really brings everything to life. Towns are beautiful and vibrant, castles feel warm and inviting, and monsters stand out in battle. It’s a game you’ll be gushing over for hours upon hours and the visual changes brought on by vocation changes only adds more lusciousness to the title.

And then, finally, we have the music. Everything sounds like ear candy with the most beautiful of melodies. These tunes set the scenes for heart-pounding moments or light-hearted tomfoolery. Get used to the soundtrack, though, as there are a limited number of tunes that play over and over. As with other Dragon Quest titles, you may get sick of the battle theme after 15 or so hours.

For those who own a new 3DS console, this game doesn’t take advantage of it. It would have been nice if Square Enix had the draw distance improved or allowing the nub to control the camera…

Verdict: Even with its minor flaws, Dragon Quest VII: Fragments of the Forgotten Past is an absolute gem of an RPG. Its massive story, huge world, and excellent battle system will have you drawn in for hours on end. It may have originally come out for the PS1, but it’s a contender for my game of the year in 2016. 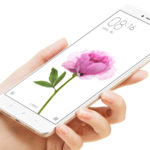