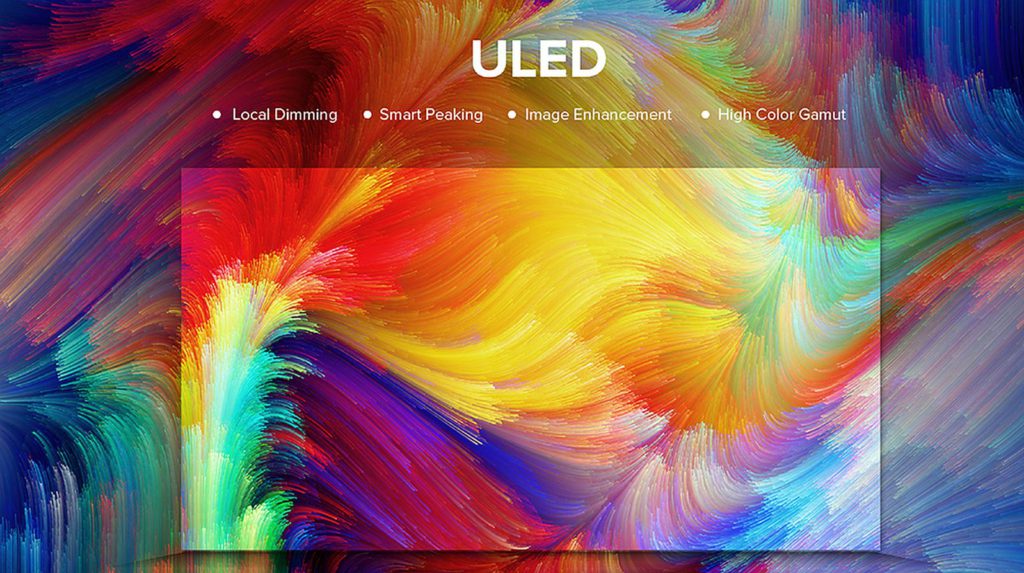 If you run a quick internet search for ULED technology right now, you’d be hard pressed to find any tangible details. It seems that it’s a technology Hisense is massively proud of, but isn’t exactly showering consumers with much technical detail. That is, until now.

At an event on Tuesday in Johannesburg, the company pulled back the curtains (quite literally) on its new 4K ULED televisions, which were made known earlier this year in Australia. This event also gave Hisense a chance to brief journalists and retailers on its new tech, deliver a new war cry to other established brands, and more importantly, offer pricing information.

Stand by for jargon, lots of jargon

But let’s start with its mysterious ULED technology first. Think of it as Hisense’s answer to OLED, used by the likes of Samsung and LG on their smartphones and TV screens.

Hisense claims that its rendition excels in three key areas over its rival. For one, it’s cheaper to manufacture, which in turn brings prices down for consumers. Secondly, it uses less power than an equivalent OLED panel. And thirdly, it boasts a longer life span than OLED.

Talking documents for a moment, the Chinese company claims that ULED is “protected by 17 international patents”, while the tech itself “enhances colour, contrast, resolution and motion with a combination of advanced hardware and software”.

Beyond this, the company also suggests that ULED has an enormous colour gamut (covering 100.9% of visible colour) thanks to Quantum Dot technology, and supports HDR out of the box. That effectively suggests that pictures, at least comparatively on non-Quantum Dot and HDR screens, will appear brighter and boast steeper, deeper contrast ratios. This is also helped by its new backlighting system, which divides the screen into 240 individually-controlled lighting zones, which gives the TV better control over colours and contrasts.

For gamers, the company also mentioned that its new ULED screens uses USMR technology, which effectively “creates and inserts frames into the picture for smoother transitions”. 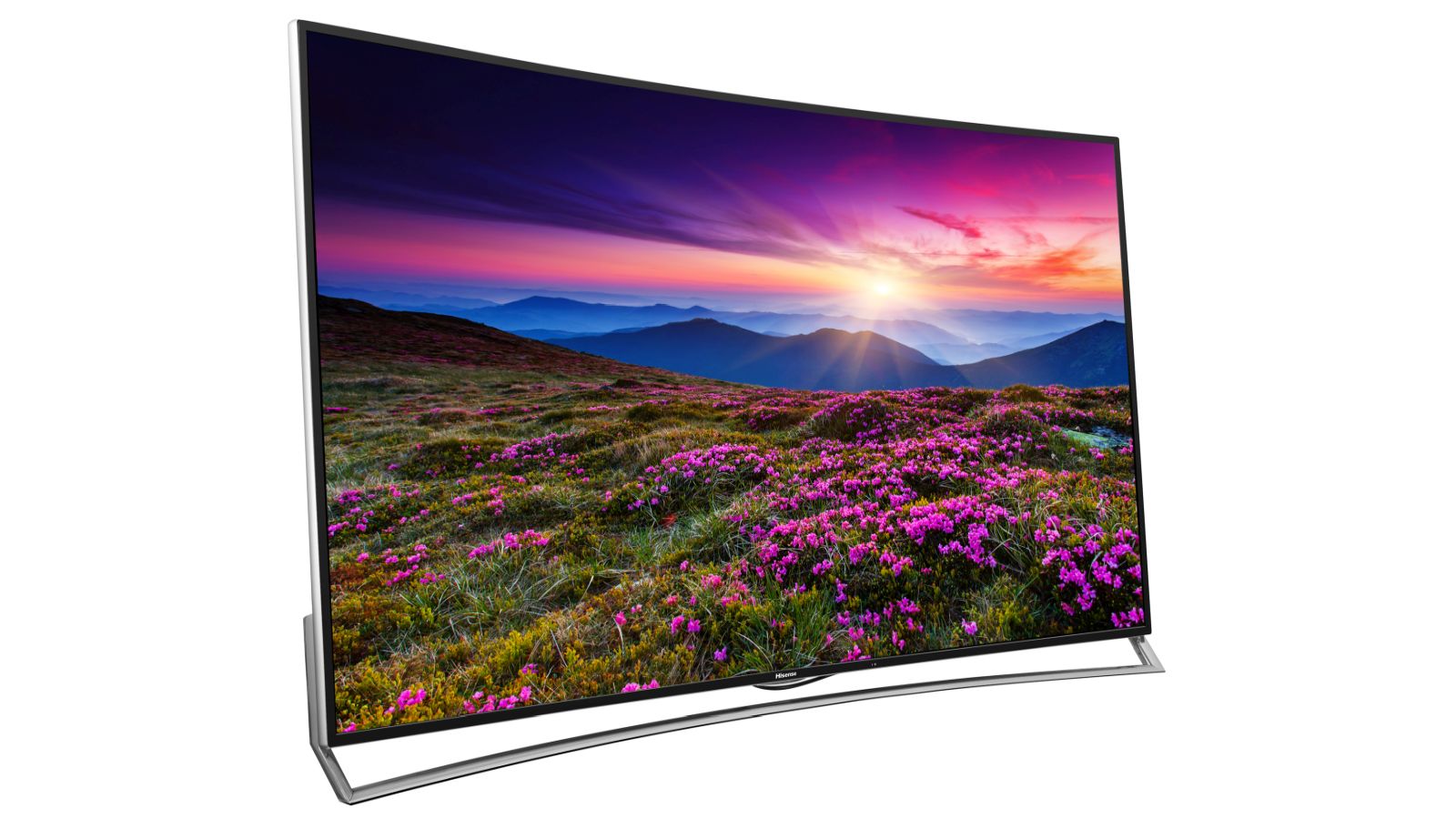 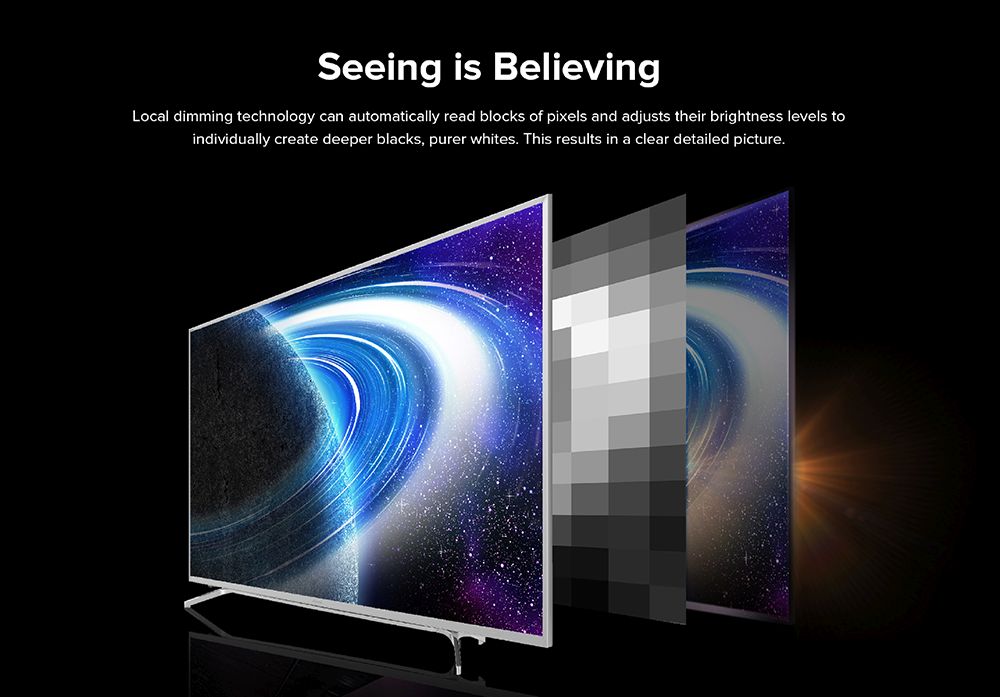 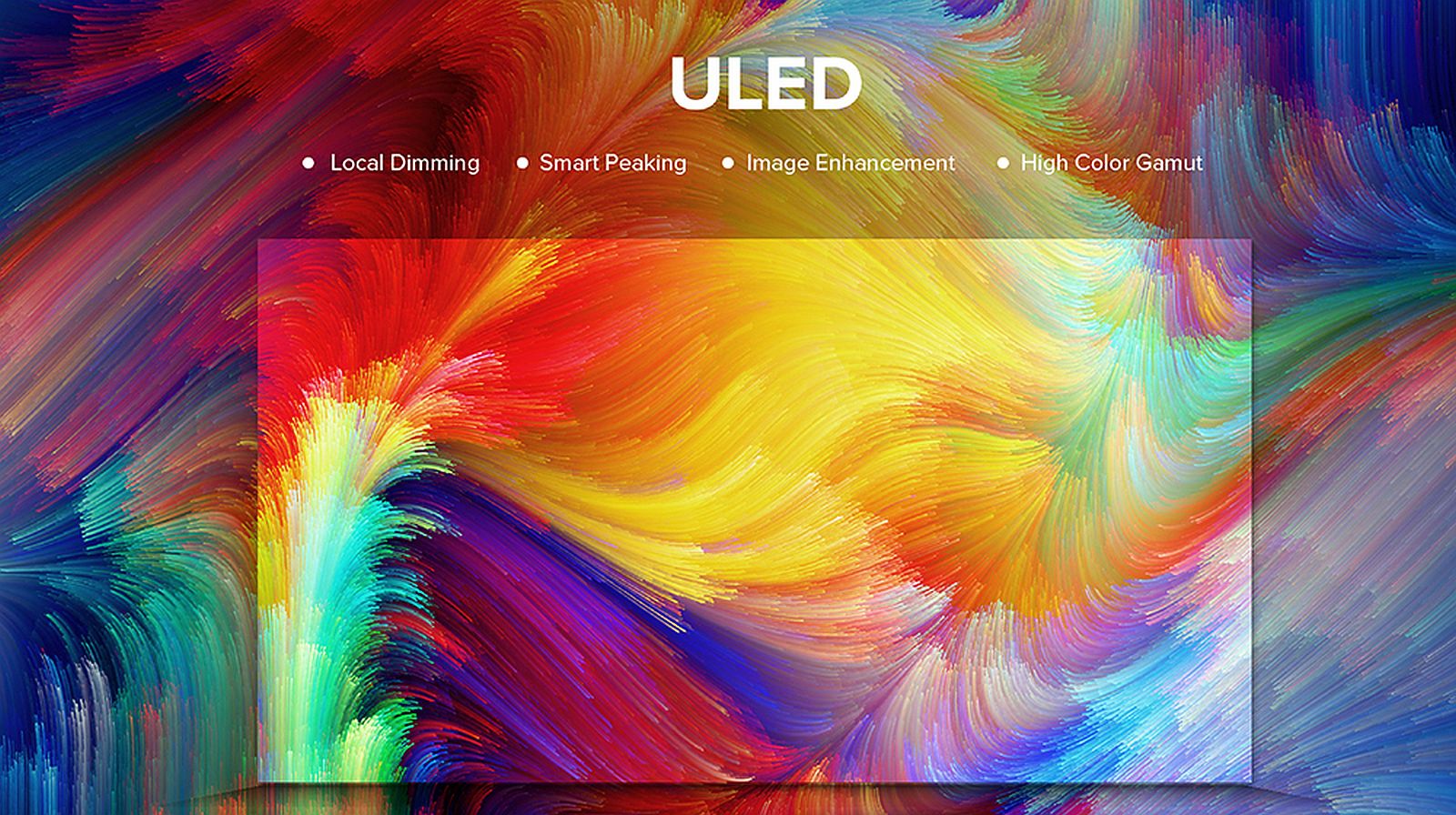 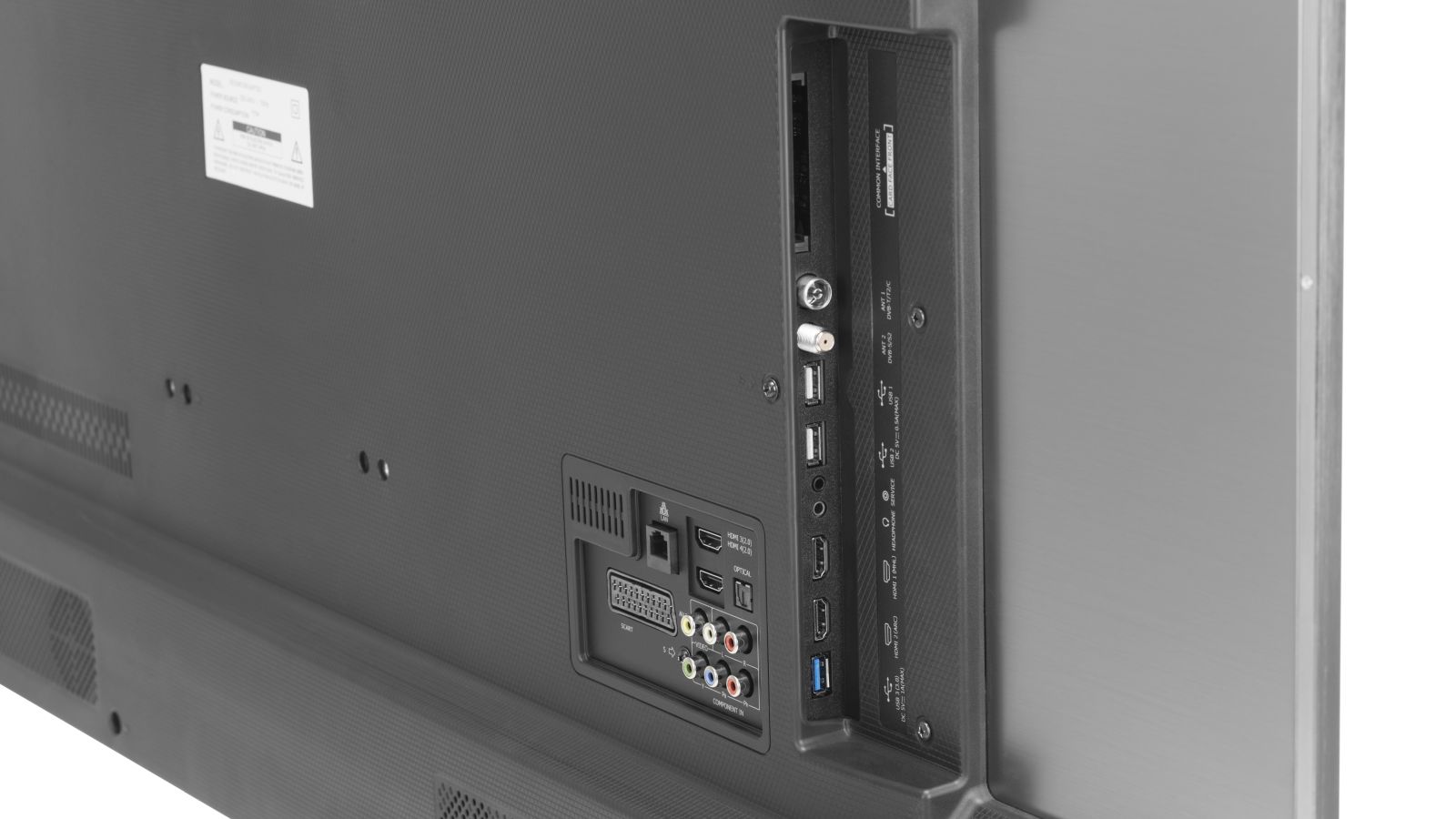 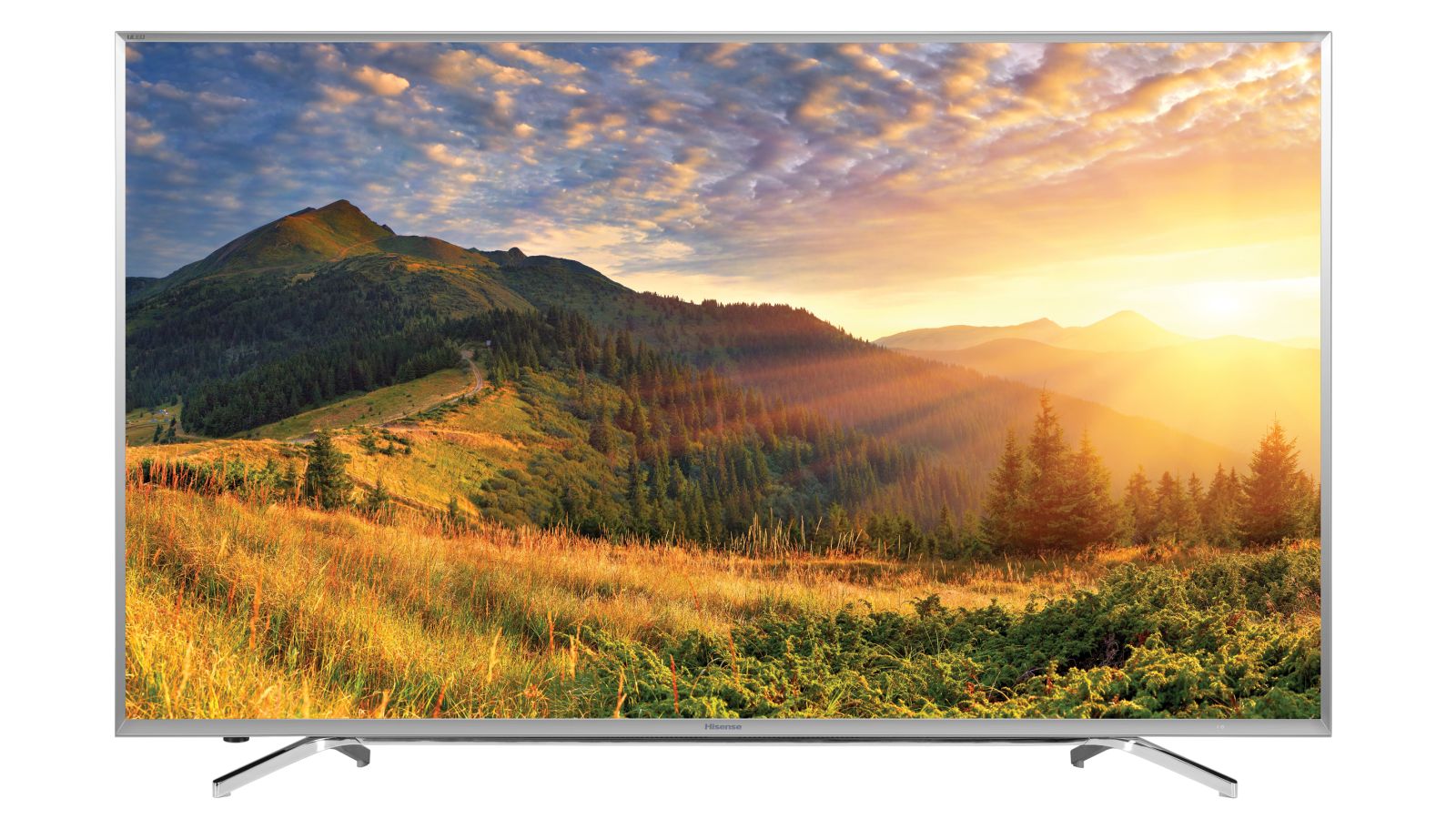 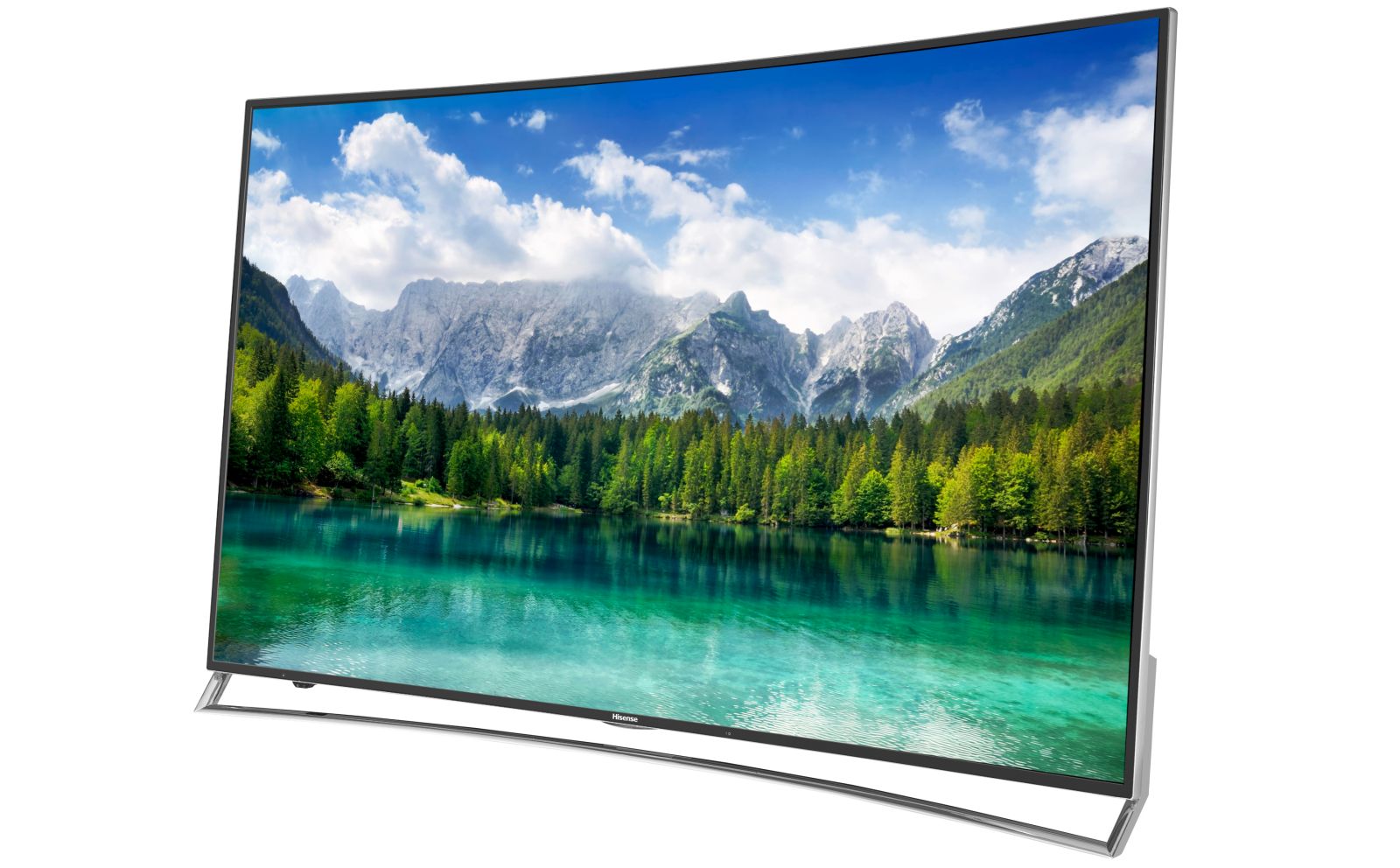 The T910 is also a 55-inch curved 4K ULED screen, but is specifically designed to rest on a cabinet, rather than hang from a wall. 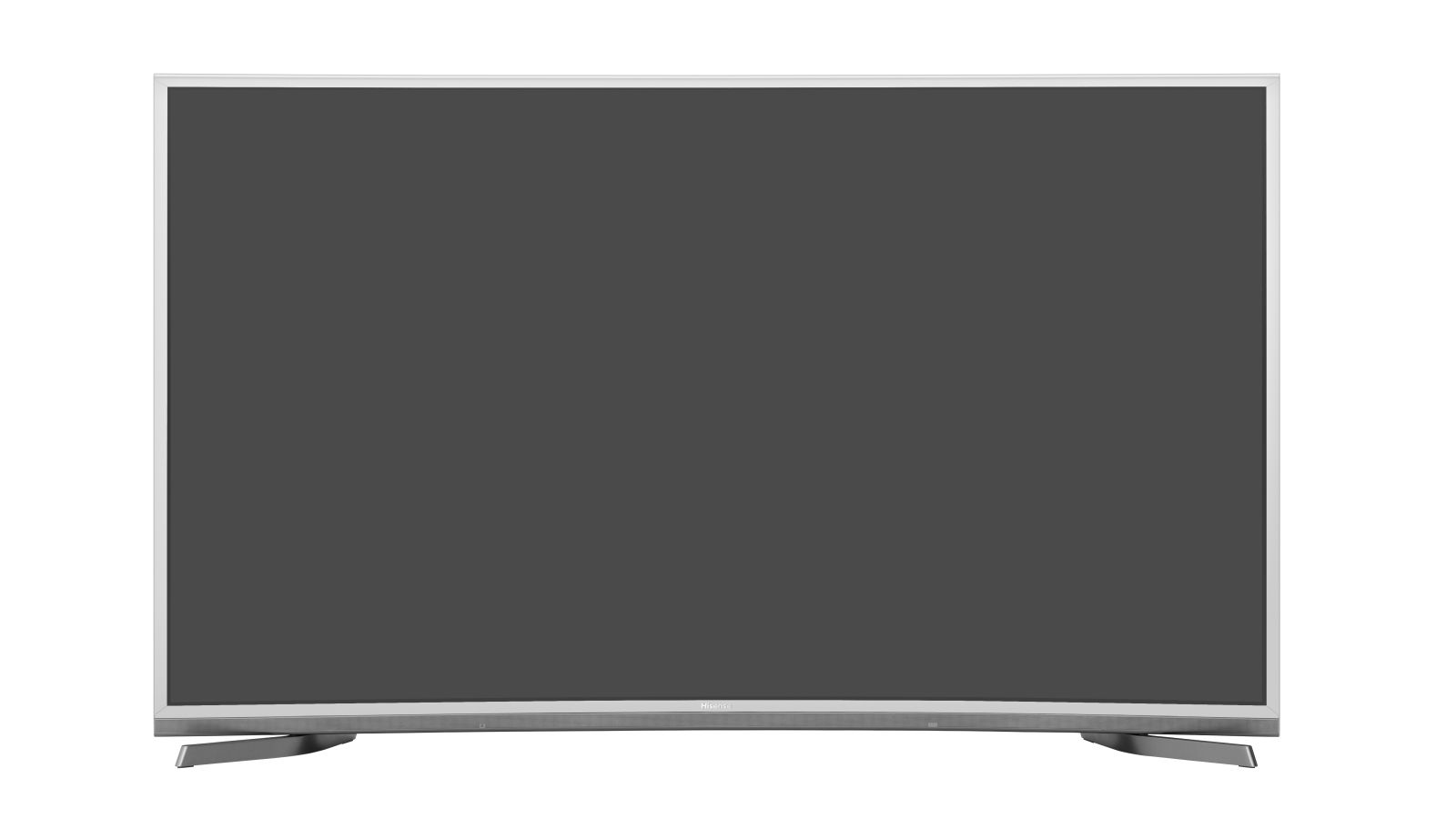 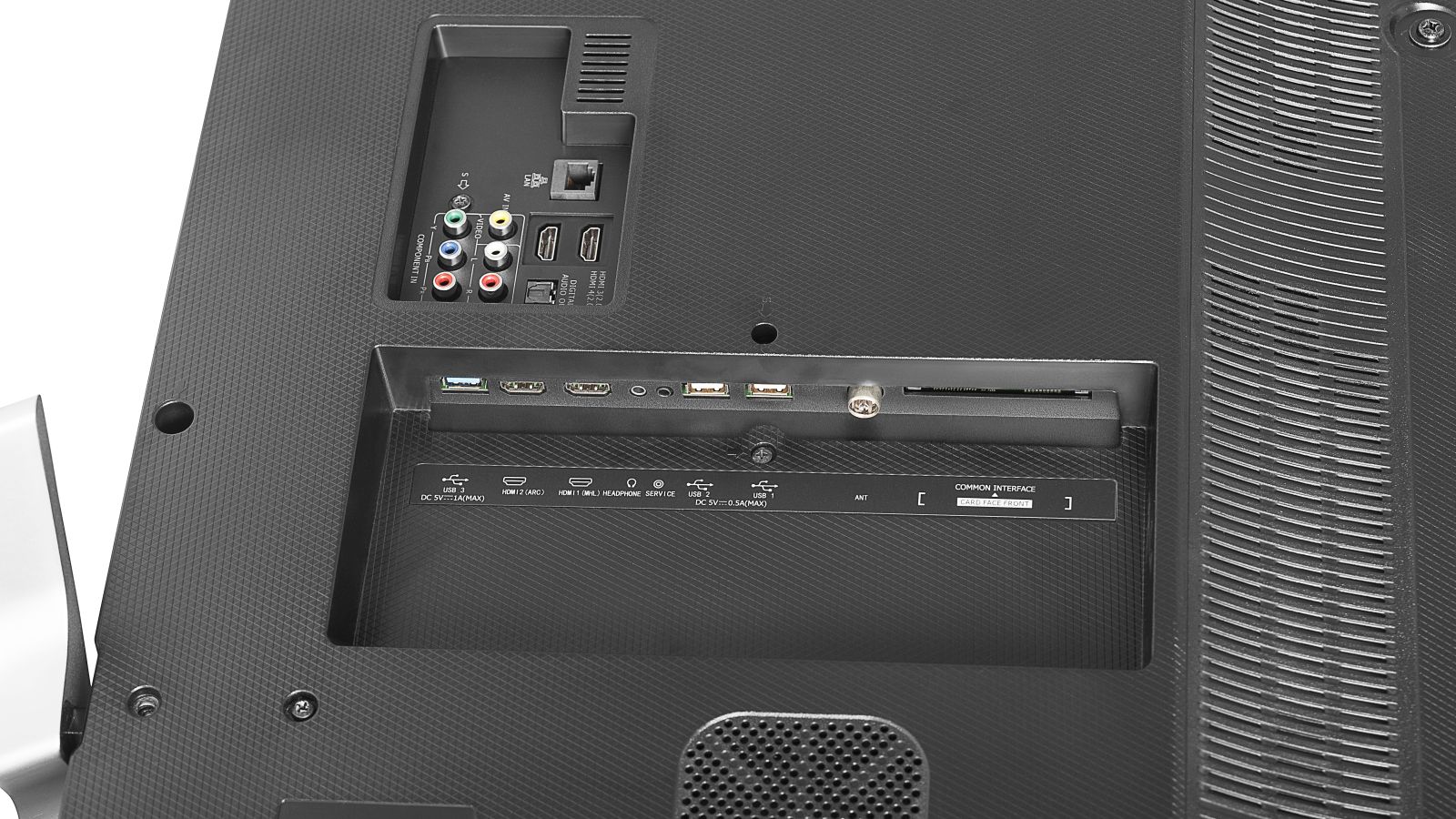 The K760's I/O options are also plentiful, including 4 HDMI ports, 3 USB ports (including one USB 3.0), and a LAN connection for smart functionality. 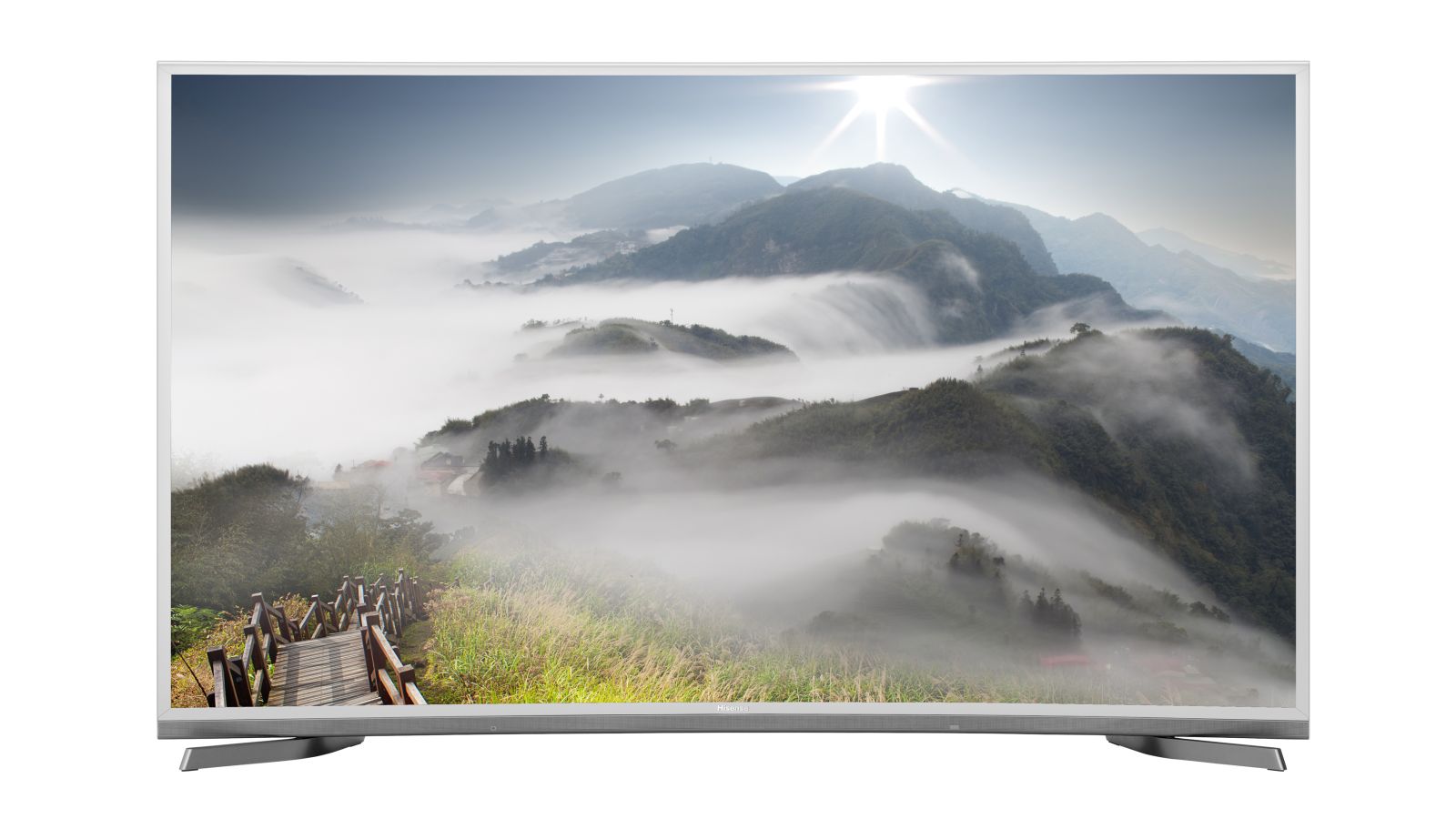 The baby of the bunch, the K760 is a curved 4K ULED screen which Hisense describes as a "piece of art with its picture frame design".

And finally, all of the company’s ULED 2.0 screens will run natively at 3840×2160 — UHD, or 4K — which will suit those interested in purchasing the Sony PlayStation 4 Pro, for instance.

So, visually, is there any perceptible difference in quality?

Well, no. But that depends on a number of factors.

Granted, my eyes have undoubtedly been ruined by countless hours of Plants vs Zombies, but I couldn’t tell if Hisense has actually bettered its screens with its new tech, especially if there’s nothing alongside it for comparisons. Sure, the images  are excellent — notably while running F1 2015 on an extremely realistic simulator — but beyond that, there’s no discernible difference while looking at an image on a ULED screen as is. Place it alongside an OLED, then we’d have a better understanding of what the Chinese company’s getting right, but again, no OLED screen for comparing.

But how much will these screens cost? Not too much if you consider Samsung’s R32 999 price tag for its curved 4K OLED HDR screen.

Hisense claims that its “competitive pricing has been at the core” of its success in the market, but you’re going to have to cough up a bit more cash for these sets than older Hisense sets.

Five will be offered from this month, ranging from a 55-inch to a 70-inch screen. Have a look at the price breakdown below.

The T910 is the baby curved screen of the range, boasting a warped 55-inch 4K ULED panel, retailing for R19 999. The K760 is another curved panel retailing for the same price, but boasts a slightly more table-friendly tilt stand design. And finally, the M7000 range boasts three sizes, ranging from the cheapest TV in the range at R14 999 to R34 999 for the flagship 70-inch model.

According to Hisense, these TVs will be put together in the company’s Atlantis plant, just outside of Cape Town.

The company has more granular technical specifications over on its local site.

Disclaimer: Hisense South Africa paid for Andy Walker’s travel and accommodation costs for the duration of the launch. 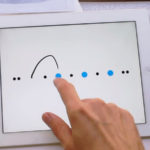