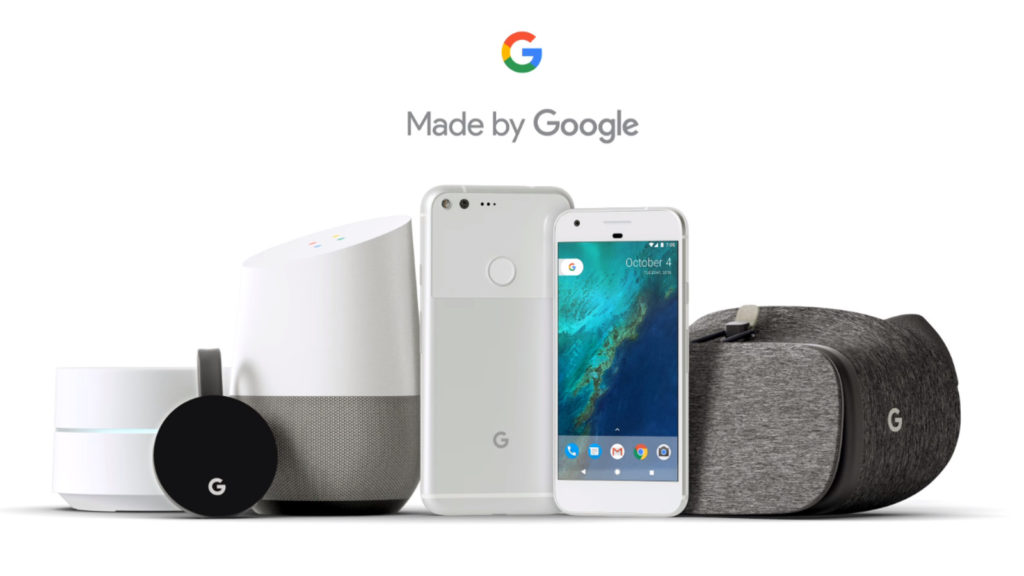 We’ve heard the rumours and seen the leaks for months now, but we’ve finally taken a peek at Google‘s wares today. So what did they have to show us?

Well, there were the obvious Pixel smartphones, there was the Google Home speaker, Google WiFi boxes and VR shenanigans. But here are a few things that either impressed us, annoyed us or simply had us perplexed.

No surprises for the Pixel range, but the camera seems fantastic If there were one feature missing from the Nexus 6P, it would be optical image stabilisation, resulting in more blur during photos and shaky footage from recorded video.

Fortunately, Google has added this feature to the Pixel range (which otherwise has Nexus 6P camera tech), while also adding much better HDR+ functionality. The latter sees HDR shots automatically taken when the phone’s software determines conditions are best (much like Samsung, Microsoft and others), but the processing takes place extremely quickly.

In fact, the firm was quick to cite DxOMark, claiming that the Pixel had the best smartphone camera around.

Google Home is fine, but Chromecast connectivity is interesting Google isn’t first to the punch with a smart home speaker – just ask Amazon’s Echo speaker (literally). The company’s effort isn’t groundbreaking at first glance, allowing you to ask Google things with the power of your voice.

It does seem polished and full-featured though, remembering your preferred apps (so if you ask it to play music, it’ll default to your favourite service), giving traffic updates (of course), setting reminders/alarms, asking it for translations and toggling your smart appliances.

However, one of the coolest features has to be the ability to control Chromecast (hence your TV) with voice commands. “Okay Google, play rock music on my TV” would result in rock music videos playing on your TV, via YouTube, as an example. And yes, Google is expanding this to other services – the event saw reps asking a TV to play Stranger Things on Netflix. Google also revealed their Google WiFi box, serving as a router of sorts for the household. When used in conjunction with a companion app, you can even pause connectivity to certain devices – ideal for children. And the ability to wirelessly chain multiple Google WiFi boxes together to expand your WiFi footprint is a great move.

Still, as some redditors pointed out, I can’t help but feel that Google WiFi should’ve come with Google Home functionality too. Or at the very least, there should’ve been an all-in-one variant available. Google gadgets, Google gadgets everywhere…

The Daydream View headset could be a mobile VR champion Sure, there are a ton of Google Cardboard headsets out there, but those looking for something a little sturdier either have to buy a no-name headset or get a Samsung Gear VR (review). The latter isn’t feasible if you don’t have a Samsung smartphone though, but fortunately, the Daydream View headset is a thing.

For US$79, you get a rather pleasant looking VR headset that comes with a Wii-style remote too. Not a bad price tag then, and the controller is one advantage over Samsung’s best.

The big challenge will be getting other mobile manufacturers to jump on the Daydream bandwagon. After all, if there are only a few companies making Daydream-ready phones, it might not be a big success. And Google might need to tweak some requirements (particularly in the field of chipsets) if it wants HiSilicon- and MediaTek-powered smartphones on board.

Why get Chromecast Ultra when the Mi Box is a thing? Google also used the event to unveil the Chromecast Ultra, offering 4K streaming and HDR functionality for US$69. But I can see the price point pushing some people towards the new Xiaomi Mi Box.

For the same price, you get a streaming box that pushes out HDR content, 4K at 60fps, delivers apps, offers voice control and packs 8GB of expandable storage. Sure, it’s not quite the same product as Google’s Chromecast, but both deliver streaming capabilities and smarten up your HDTV.

What happened to Andromeda OS? One of the biggest rumours going in was that Google would be teasing its Andromeda OS, which apparently aims to merge Chrome OS with Android.

But we didn’t see anything at the event, making us think that it’s either not feature-complete yet or Google is simply going to show it off on a bigger (or dedicated) stage ahead of the supposed 2017 launch.

It’s worth pointing out that all signs do indeed point to Andromeda being a real thing (from the Android Police/WSJ report to mentions in AOSP), so it’s almost certainly a question of “when” rather than “if”. This conference almost means nothing for South Africans yet again, judging by Google’s track record of hardware support in the country.

The Nexus 6P saw limited sales in the country (largely via Orange and Cellucity), with the 5X also being available via Orange. The 6P’s lack of success could be attributed to networks failing to bite though, if Huawei is to be believed. But what about the Chromecast range, the cheap Android One devices, Motorola smartphones (when Google owned the firm) and the Pixel C tablet?

Sure, some of these devices (like the Pixel C) might be quite pricey and South Africa isn’t seen as a priority market by many firms, but devices like Chromecast Audio and Android One phones make complete sense for the country and continent at large. Heck, Motorola Mobility had a solid presence in South Africa until Google acquired them and shut up shop. 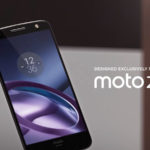