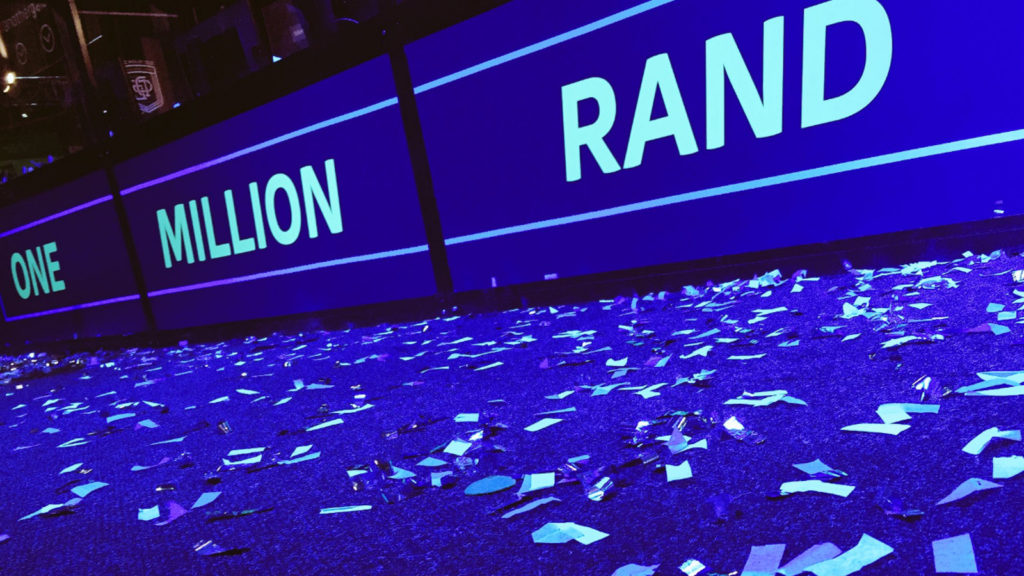 This past weekend saw the Masters Final of Telkom DGL (Digital Gaming League) take place at rAge 2016, as top players slugged it out in Dota 2 and Counter-Strike: Global Offensive (CS:GO).

The event had a total prize pool of R1-million, so who hit the jackpot then?

In CS:GO, Bravado Gaming went one better and earned the R200 000 winner’s prize, beating CarboN eSports (who earned R90 000 for their efforts).

“Telkom is thrilled to be involved eSports — this weekend’s tournament has proven how its popularity is growing in South Africa. We are hoping this will only continue and the R1-million prize pool for the finals only shows our commitment to the industry and the sport,” says Jacqui O’Sullivan, Telkom’s group executive for communication & brand marketing, in an emailed press statement.

“We have been involved with gaming for over 10 years and we are committed to seeing the industry grow and develop. This is just the beginning of Telkom’s involvement in this space. The DGL will continue to evolve to offer more opportunities and packages for all gamers from casual to competitive.”

The results and prize money breakdown below: 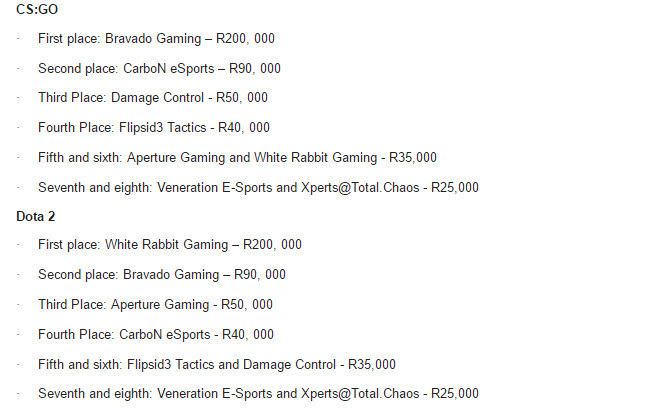