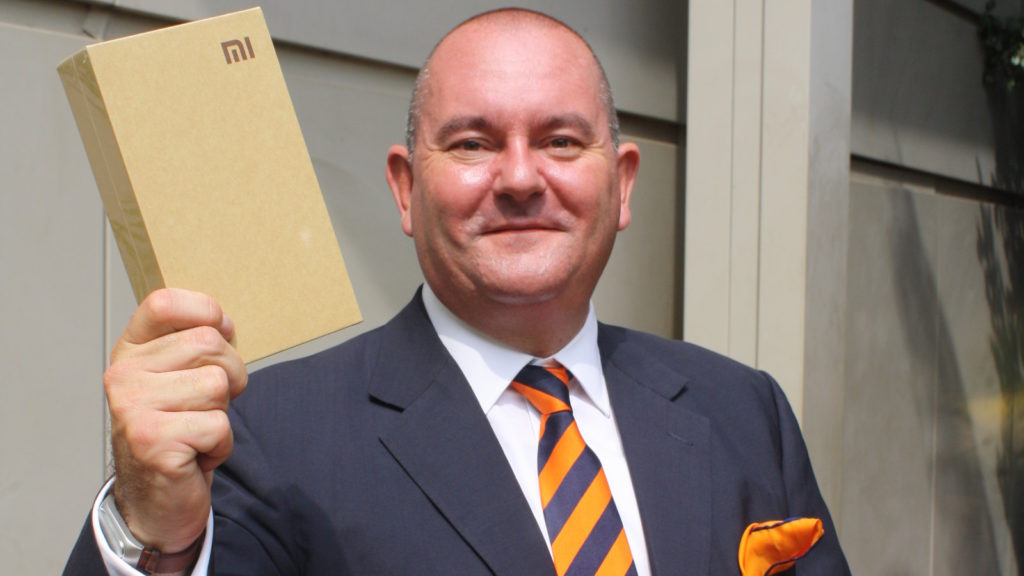 Mobile In Africa (MIA) Group has made quite a splash since its launch late last year. Founded by Core Group’s RJ van Spaandonk, the new firm brought Xiaomi smartphones to South Africa and the continent at large in 2015.

It seems like a natural fit really, as the Chinese brand is renowned for striking an impressive price/performance ratio.

How did the deal come about? Is there any tension as a result of Core and MIA being rivals in a sense? What else can we expect? We interviewed the MIA founder.

Why team up with Xiaomi? Van Spaandonk said there were two reasons for the Xiaomi deal to occur.

“One, is we started seeing in Africa, a very interesting dynamic. And that is a split in the smartphone market in two,” he elaborated. This split saw a premium market on one side, where people were eligible for contracts to buy Apple and Samsung products.

The other side of the split saw “an emerging middle class” that didn’t qualify for contracts for high-end handsets. Van Spaandonk said that this camp needed “very capable, high-specced” smartphones at an affordable price.

“For us, in order to continue to grow into space in Africa, we started looking at a player that understood the dynamic in the market,” he continued.

RJ van Spaandonk: the Xiaomi deal made sense from a brand perspective

As for the other reason?

“We’re the sort of company that always wants to be associated with the leading personal technology brands in the market,” the MIA founder explained, giving Core’s relationship with Apple, TomTom, Nintendo and Fitbit as examples.

“So that was the other reason, we started seeing Xiaomi coming up as a next-generation player in the personal technology space. And we felt that based on the portfolio we had, we couldn’t miss out on that one.

“So those were really the two reasons why, in the middle of 2014, we started engaging with Xiaomi about their foray into Africa, which culminated… in July 2015 in (the) signing of an agreement,” van Spaandonk.

Talks were “very very cordial”, according to van Spaandonk.

“I think they were very impressed with the footprint we had in Africa… I think it took a while for them to be ready for Africa… as business discussions go, they take time.”

Are we behind the curve on releases?

We’ve seen some mixed results when it comes to release parity with other regions. For instance, the Redmi Note 3 (review) was released in SA almost six months after its initial release, but a few months after the predecessor’s local release, while the Mi Max and Mi 5 (review) followed rather swiftly. It’s not a challenge for South Africa only, as India is in a similar situation when it comes to Xiaomi products.

Van Spaandonk said that the assessment wasn’t “entirely correct”, saying that devices launched in the international market aren’t “necessarily the same” as the Chinese devices. He cited differences such as LTE bands and firmware (international devices have different ROMs compared to Chinese models).

Could pricing be lower? The Chinese company has earned a reputation for delivering smartphones at a super-low price tag. Of course, when doing the ill-advised straight conversion from Chinese prices into Rand, they are lower than MIA’s prices. There are undoubtedly a host of reasons for this (taxes and profit, for instance), but what does the founder say about pricing?

“One of the main reasons (for local pricing) is VAT and import duties,” van Spaandonk said, before saying that people should also look at the price of Xiaomi devices “relative to prices of other products” in the South African market.

The founder claimed that within any price bracket in the country, Xiaomi devices have the best-specced phone. He specifically compared the Xiaomi Mi 5 to the Galaxy S7.

“Obviously, doing business in South Africa is rather expensive. Interest rates are high, costs are high. But we also have VAT of 14%, (and) import duty and that all increases the prices to the end user. But that’s a challenge that every manufacturer faces,” he explained.

Would it make a big difference if the so-called luxury tax on smartphones were to be dropped? Van Spaandonk seems to think so.

“…the ad volerum, it works out to more than 8%. So if you didn’t have to pay that, the prices would be 8% lower,” he continued.

The most popular Xiaomi devices in SA?

The MIA representative wasn’t able to divulge sales statistics, but revealed the top-selling devices brought to the country.

“But what was a surprising… product that sold very well was the Mi 4 (review). Because that was a premium product, but it was priced only at R3800, so that sold also, very very well,” he continued.

“But right now, the Redmi 3 (review) and Redmi Note 3 are also doing very well,” he explained.

“No product that we brought in has been a slow seller,” van Spaandonk added, saying that the products have all met sales expectations. Xiaomi is well known for releasing some eclectic products, such as rice cookers. So could we see more gadgets coming to South Africa?

Well, the company confirmed that the previously revealed Ninebot mini-scooters (made by Segway, which was acquired by Xiaomi-backed Ninebot), are indeed coming soon.

“We are in the final stages of finalising the agreement so that we can have products available on shelves at Christmas. So that’s definitely in the pipeline,” he answered. He did however clarify that they were “working towards” a holiday season release for the gadget, suggesting that things might change.

“But the plan is to bring it by the end of the year.”

“Everything else that Xiaomi offers, we’re currently working on bringing that into the country as well. We just need to make sure that all the supplementary documentation is translated into English, that the apps are available in English,” van Spaandonk continued.

“It’s definitely our intention to bring the whole relevant ecosystem to South Africa… I’m not sure that the rice cooker is relevant to the South African market, but the medium term plan is from the beginning of next year, to bring all these products, including the Mi Box, to South Africa.”

Regarding the recently launched (in China) Redmi Pro, van Spaandonk said it depended on type approval once again, but noted that it wasn’t “a good thing” to launch new phones just before the holiday season.

“All the products that you see announced by Xiaomi, that are available for the international market, we will bring in, so we will cover the entire product portfolio,” he reiterated.

What’s the deal with Xiaomi and Apple in SA?

There seems to be quite a bit of back and forth between Core and MIA Group, as some members of the marketing and PR teams seem to bounce between the two firms. But the MIA and Core bigwig said that they operated independently.

“You must see them as two different companies. We started MIA Group very very specifically as an independent company because we felt we needed to focus on a different market segment (to Apple/Core Group),” he continued.

“The people that deal with Xiaomi, deal exclusively with Xiaomi, not with Apple at all,” van Spaandonk answered. 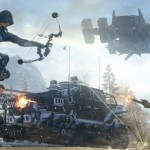