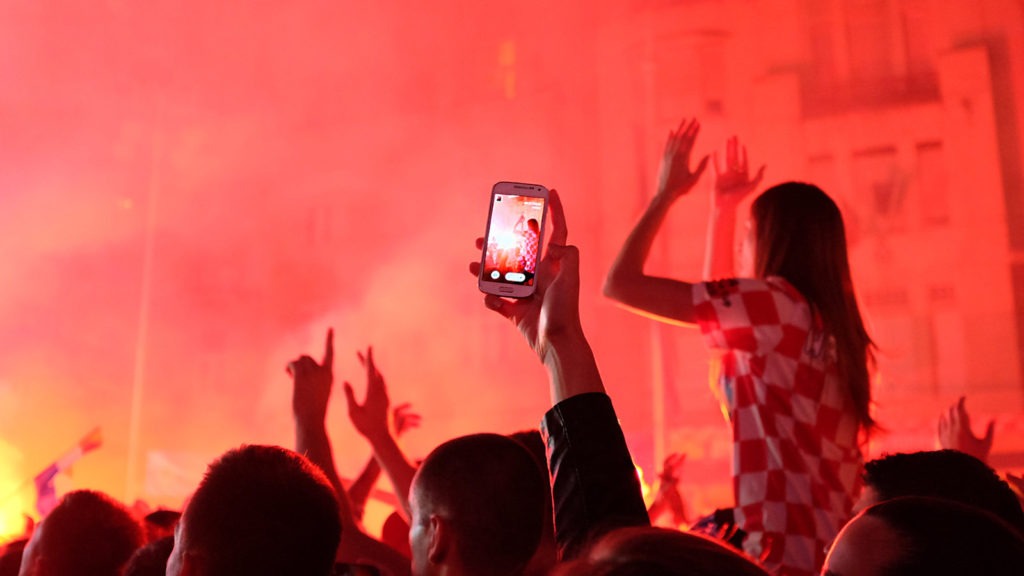 The LG V20 has been making quite a few waves thanks to its audio-recording capabilities, offering some unprecedented options for consumers.

Between the HD audio recorder, HiFi Audio in videos and a wealth of settings, it certainly makes a case for being one of the best live gig smartphones.

Still, there are quite a few phones that perform admirably in this situation (well, as admirably as a smartphone can), so we picked a few other handsets to keep in mind. Don’t see your pick on the list? Then let us know in the comments section!

Nokia‘s beastly handset might be lumbering and running an outdated version of Windows Phone, but it still stands tall as one of the best live gig phones around.

The smartphone packs several “HAAC” high-quality microphones (reports vary on whether it’s two or three and I could never tell with my model), which allow for some lovely, distortion-free audio recordings as a result. In other words, if you’re at a super-loud concert, this phone will hold up extremely well.

The phone’s ridiculous 41-megapixel OIS-enabled camera also means lossless zoom is possible, offering up to 4x zoom when recording in 1080p. And yes, you can get more zoom if recording in 720p. The biggest downside to the phone is that the camera app is quite slow, owing to the amount of data it has to process. And the phone packs an ancient dual-core processor, so expect general slowdown.

The Lumia 1520 and 930 offer four HAAC microphones and more powerful internals for an even better experience on paper, but don’t offer quite the same level of zoom. Still, you can’t go wrong with these three Lumias.

The One M7 packs some great “dual-membrane” microphone tech on paper, being similar (if not identical) to Nokia’s hardware. The result is a phone often capable of capturing live music without turning it into a garbled mess.

Unfortunately the hardware was tweaked in the One M8, but the later phone is still capable of churning out good audio, as the above clip shows. Fortunately, HTC has continued the live gig trend with the HTC 10, offering HiRes Audio recording for some rich sound on paper. Now, if only the company did a proper launch in SA…

The previous phones on the list might flash solid audio credentials, but the London is designed by the same company actually making audio equipment for decades now.

In terms of general specs, the London is squarely budget, offering a measly Snapdragon 410 processor, 2GB RAM and 16GB storage – the same as the Redmi 2 Pro then. The camera situation isn’t much better either, in the form of an 8MP/2MP combination.

The Marshall London is one of the better live gig smartphones, despite the budget specs and steep price tag

Nevertheless, the phone packs a high-quality DAC, two separate audio jacks (so two people can listen at once), a proper scroll wheel for volume adjustments and a customisable music shortcut key.

As for the audio recording department? Well, the London packs two good-quality microphones and when Engadget compared it to an iPhone, it certainly sounded better.

Say what you will about the Lumia 950/950XL and the terrible state of Windows 10 Mobile at launch, but you can’t argue that the phones don’t do well in the audio recording department.

The Lumia 950 range refines the 1020’s audio approach, offering four high-quality microphones for some impressive audio capabilities at concerts and the like. At worst, it’s on equal footing with the older phone when it comes to audio quality.

Otherwise, the two phones also packs 4K quality and 60fps options to make your live gig videos look sharp and smooth, while a Snapdragon 808/810 chip and 3GB RAM keep things brisk. Well, as brisk as a Windows 10 Mobile handset can be.

The above clip comes from the Lumia 950, but the YouTuber has also uploaded clips taken with the Lumia 830, showing that even the company’s mid-range phones have good audio credentials.

I actually took the phone to a live gig earlier this year, coming away suitably impressed with the result.

You’d expect a Sony phone to offer great audio recording and the Z5 series does a great job in this regard, as the above clip shows. There’s little to no distortion and everything has a pleasant punch to it – not bad for a smartphone at all.

The Z5 range features a capable if unspectacular Snapdragon 810 and 3GB of RAM, as well as 32GB of expandable storage. So there’s a good amount of space for your recordings.

The only downside to the Z5 range is a big one though, and that’s the fact that these handsets are prone to running hot and killing the camera app after ten minutes of recording (not even in 4K). Well, at least when I used the Z5 Compact and Xperia X. In other words, there are better live gig smartphones on the list, but this does a good job for a few clips. 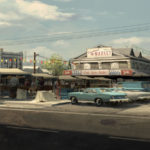