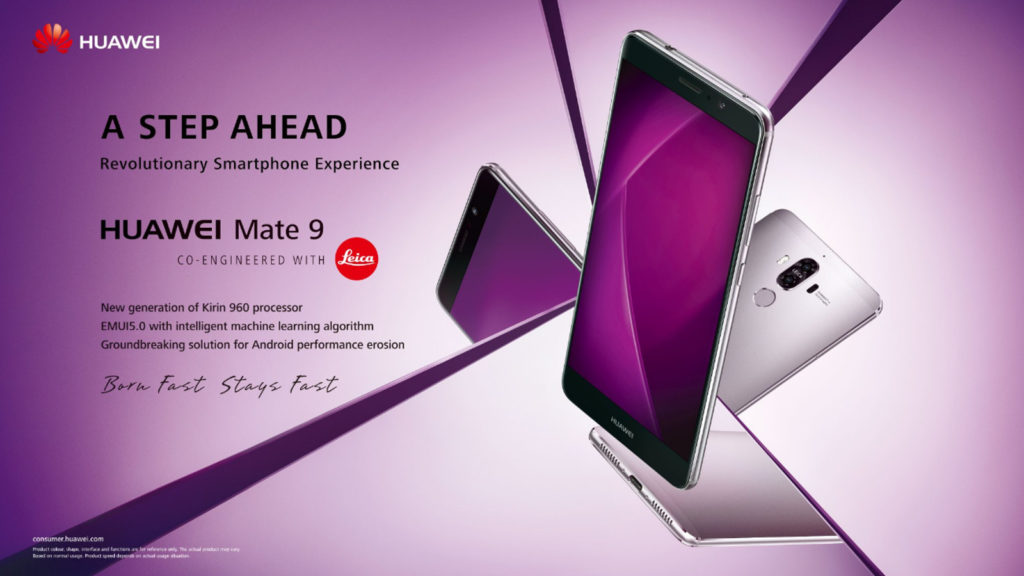 We all knew the Huawei Mate 9 was coming today, but the Chinese firm has made the phablet official.

The rumours were true for the most part, as the new device is powered by the in-house Kirin 960 chipset (four 2.4Ghz A73 cores and four 1.8Ghz A53 cores), being the first mobile chips to adopt the new cores in lieu of A72 cores.

The new chip also drastically ups the graphical ante (which was HiSilicon’s Achilles Heel), featuring a new Mali G71 octacore GPU, as opposed to the T880 quad-core GPU used in the P9 and Mate 8. In fact, Huawei claims a GPU performance boost of 180% compared to the Kirin 950 and an increase of 40% in power efficiency.

The Mate 7 and Mate 8 were renowned for packing large batteries into their frames and the Mate 9 continues this trend, using a 4000mAh battery once again.

Huawei has also claimed their new handset is Daydream ready, but it’s unclear whether this applies to both models or only the high-end device.

An upgrade for the camera(s)

Huawei is sticking with the P9’s dual-camera setup, as the colour camera maintains a 12MP resolution, while the black and white camera receives a beefy bump to 20MPs. Unlike the P9, the Mate 9 packs optical image stabilisation and four forms of autofocus (Huawei claims depth focus, traditional contrast focus, phase detection autofocus and laser autofocus).

In an interesting move, the firm is touting “Hybrid Zoom” technology, but it’s unclear whether this is akin to Nokia and Sony’s lossless zoom, whether one of the cameras is a telephoto lens or if it’s simply digital zoom with a fancy name.

Another noteworthy camera feature is that the Mate 9 supports 4K recording, making it a first of sorts for a Huawei flagship (the Nova and Nexus 6P devices support 4K, but use Snapdragon chips).

Otherwise, the depth-of-field trickery introduced with the P9 is still here, allowing you to refocus an image and perform simulated aperture adjustments.

#HuaweiMate9 with EMUI 5.0: a simple interface, designed for life and inspired by nature. pic.twitter.com/mHNpnCakK8

Huawei has also paid attention to the performance of Android over time, having introduced a “machine learning algorithm”. This algorithm apparently predicts the user’s behaviour and analyses app characteristics to produce a “customised phone resources allocation strategy”.

Speaking of Android, Huawei’s EMUI has received a few visual tweaks, using a nature-inspired design that brings to mind 2012-era Samsung. The company says that over 90% of actions can be done in three or fewer steps.

Another notable addition to the formula is the ability to use multiple WhatsApp and Facebook accounts on the device, reminiscent of Xiaomi’s MIUI 8.

There’s a curved edge model too

In addition to the standard model, Huawei has revealed a second model, in collaboration with Porsche Design.

The Porsche Design Mate 9 delivers a dual-curved display akin to the S7 Edge, as well as a front-mounted fingerprint scanner (the vanilla Mate 9 maintains the rear-mounted scanner).

In an interesting, Meizu-like move, the home button can be tapped to go back, held down to go home or swiped to view recent apps. 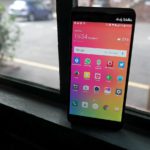