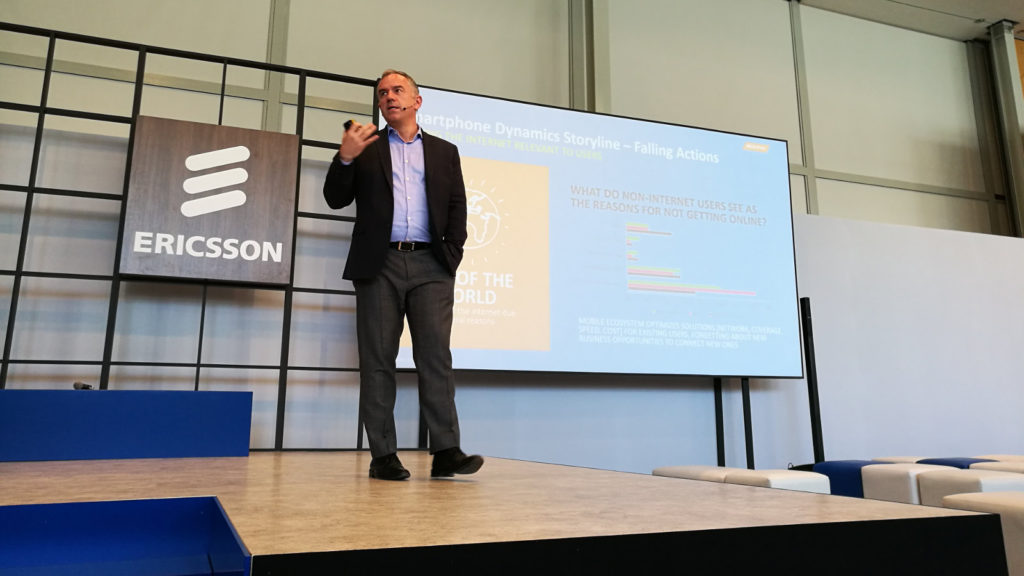 Chinese mobile chip manufacturer MediaTek has been growing at phenomenal pace, making a name for itself thanks to powering scores of budget smartphones around the world.

The company has been targeting industry leaders Qualcomm for the past few years now, with its Helio range of processors being found in higher end phones from Xiaomi, Meizu, Sony, HTC and more. So what does the firm make of its rivals? What about the South Africa and African market? We interviewed Finbarr Moynihan, general manager for international corporate sales at Mediatek.

Moynihan didn’t have specific marketshare numbers for the continent, but expanded on the market situation.

“What we like to say is that MediaTek powers about one in three phones globally,” Moynihan explained, saying that Africa was most likely standing at or just above the figure.

The MediaTek representative also cited “local brands” as “another very important channel” for the company around the world.

MediaTek: homegrown brands will become an increasingly large sector around the world

“So here you have Mobicel, you’ve got Mint, you had AG Mobile…” Moynihan continued. “And they (homegrown brands) are probably about a third of the volume we ship.”

The representative noted that the trend of local brands was also emerging in Europe and North America.

“What tends to happen is, as markets start to move away from being operator controlled, they start to open up. Whether it’s more online retail or more in (store),” citing Pep as an example of the latter. The trend also means that new brands are given an opportunity to emerge, the MediaTek executive says.

“Blu I think was a classic example, Blu really takes a lot of focus on the features and the design and the colours and it really appeals to the consumer, right?”

What about the company’s rivalry with Qualcomm?

Of course, Apple, Huawei and Samsung may be creating their own mobile chips, but Qualcomm and MediaTek processors are used by almost all smartphone brands around the world. And the two have been locked in a fierce battle for supremacy.

The American firm has enjoyed a healthy performance advantage over the years, while the Chinese firm has slowly been catching up. But where does MediaTek stand nowadays? Has the gap closed?

“I think if I were making a fair comparison today, we’ve closed the gap a lot on the modem technologies, but there is still a gap,” the executive noted.

“Probably just at the very very peak flagship… high-end… is probably where there’s still a gap on the modem technology.”

Moynihan said that, while the connectivity department was important, the user experience would become the more important factor as markets move away from operator control.

He said that “for the most part” MediaTek can compare favourably to the high-end Qualcomm silicon when it comes to user experience.

“We’ve tended to do a better job on power consumption and battery life. They might push the envelope a little further on some other things… But I would argue that at the high end, it’s plus or minus now (in terms of performance and features).”

The Chinese company grabbed headlines when it revealed the Helio X20 chipset, packing ten cores (one cluster of four 1.4Ghz A53 cores, another of four 1.85Ghz A53 cores and two high-powered A72 cores at 2.3Ghz). Is this overkill though? Can we expect a similar setup for next year’s X30?

“What’s much more important than the number ten, is the tri-cluster architecture,” Moynihan explained, likening traditional dual-cluster arrangements to moving from first gear to fifth gear in a car. Of course, Qualcomm, Samsung and now Apple stick to the dual-cluster setup.

“What that allowed us to do was… to really take the low core and make them as low-power as possible… And then you can optimise the big cores for peak performance… But then you have the middle cores for stuff that’s in the middle,” Moynihan continued.

But what about future plans?

“…I don’t see us particularly adding a lot more cores in the future. We think ten is probably enough… We think the cluster architecture is more important.”

As for the unannounced Helio X30 chipset or whatever next year’s flagship processor will be called? Could we see the same tri-cluster arrangement for then?

“It will be a similar kind of architecture,” the MediaTek representative responded.

What can we expect in general from next year’s smartphones?

Moynihan says that there are already a few trends for 2017 that are emerging this year.

“I think we’re going to see more and more migration to the LTE-Advanced… networks and I think the devices are well on their way to catching that trend,” he answered, saying that Chinese and Indian networks are set to launch LTE-A service and cheaper phones will support the standard.

“The dual-camera phenomenon is going to… trickle down very quickly… I think we’re also continuing to see the increasing memory. So 4GB… 6GB of RAM is not unusual on some of these phones,” the executive predicted.

Manufacturers no threat to MediaTek

We’re increasingly seeing more handset manufacturers get into the chipset space, such as Huawei, Xiaomi and, of course, Samsung and Apple. Does this represent a threat to MediaTek then?

Moynihan says that while rivals creating their own chipsets will have an effect on MediaTek, “there’s still quite a large market out there” that they can target.

“At the end of the day, I think… this is a still a scale business… you have to be able to advance a lot of technologies very quickly and move this into the latest process technology very very quickly… We believe that unless you have a scale of hundreds of millions of units, which Apple does, which Samsung does, it’s going to be very tough to keep up,” the MediaTek representative answered, saying that chipset development costs “hundreds of millions” of dollars.

Could we see chip production come to Africa?

Of course, the semiconductor business is a very specialised sector, requiring oodles of cash, highly technical skills and tools. But could we see large companies open up plants in Africa?

“Semiconductor plants are very very concentrated. So it probably takes US$5-billion+ to build one of these new state-of-the-art fab companies. So there’s only very few companies, Intel, Samsung, TSMC, Global Foundries… There’s probably four or five companies that are really able to drive the level of investment for this stuff,” Moynihan continued.

“You can still see the concentration is like Taiwan, Korea, some in China now, Israel, Ireland, the US… It’s probably very challenging to imagine some of those (plants) coming to some other markets at this point,” he added.

Moynihan says that there was a trend of having devices assembled in some markets (rather than components being made from scratch), citing India as an example.

“In our business, they’re really driving the manufacturing of the devices locally. So now, a large percentage of the phones… are at least assembled locally in India,” adding that there were still several major steps to take before producing components and finally, producing chips.

“The stuff that’s important to them (semiconductor plants) is power reliability, water… no earthquakes because earthquakes start to shake the fab and that’s not a good thing when you’re trying to build something with like 14 nanometre resolutions,” the MediaTek representative quipped.

Moynihan added that in places like India and Brazil, the motivation to assemble tech products in the countries was also related to the government’s tax or import duty policies. 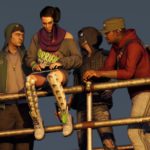