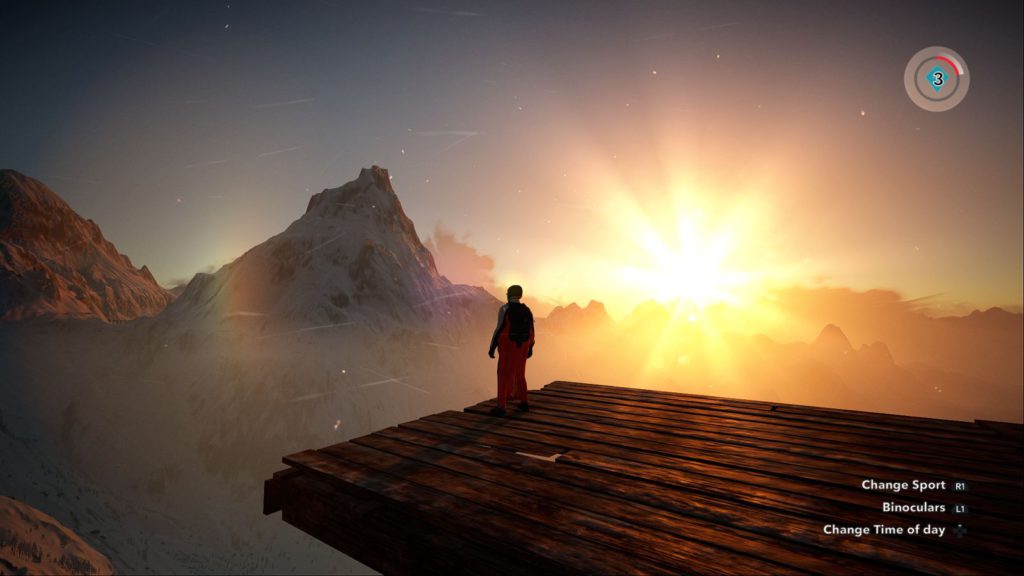 When Ubisoft ended its E3 2016 conference by announcing a new extreme sports game, many an eyebrow was raised. Ubisoft? A new IP? No guns? What is this madness?

Finally, those questions have been answered. Somewhat. After a four month incubation period, French developer Ubisoft Annecy has outed Steep in less-than-polished beta guise. And it was well worth the wait.

Set in the snow-covered mountains of the Alps, straddling France, Switzerland and Austria, Steep is effectively a massive open world playground for extreme sports enthusiasts. It’s the total opposite of any other Ubisoft game we’ve seen this year. That goes for the obnoxious Watch Dogs 2, and the dreary Assassin’s Creed Syndicate. Steep is seemingly a new breed of Ubisoft game.

Swapping between four key extreme sports, Steep allows the gamer to control a professional extreme sportsperson, flinging them off cliffs, snowboarding off cliffs, skiing off cliffs or paragliding around cliffs. All sports have their different mechanics, feel and in-game benefits, but I’ve grown to love my snowboard quite a bit. For starters, the game throws you in at the deep end with a relatively scary wingsuit jump. And if you kill yourself here, don’t worry, I did.

The other equipment will be made available throughout the tutorial.

Steep could be Ubisoft’s most adventurous, courageous and addictive game in years

Probably the easiest to control, the snowboard gives gamers a real sense of speed while hurtling down the Alps’ many mountain passes and valleys. In you love speed, this game is for you. But with speed, comes a certain degree of finesse.

The controls are simple enough even if the tutorial is convoluted, and is seemingly voiced by Tom Sheldon from Just Cause 3. That would make sense. Left stick controls your character’s trajectory and speed, right stick controls the board’s positioning, while L2 and R2 allows you to perform a number of tricks, from simple jumps to grabs to actual barrel rolls. Steep, at least at this stage, seems to privilege control and feel over what makes the most sense. As a side effect of using both left and right sticks to control your player, there’s no way to control the camera. It’s left to its own devices and deep thought, which often resulted in one very confused and lost gamer.

Beyond that, another key feature of Steep is its fast travel system in its open world.

I thought the world would be a lot bigger than it is — I could cross the map in less than four minutes in the beta — but hopefully that’ll be remedied upon final release. But the map itself is annoying to navigate, thanks to an awkward UI and navigation system. Navigation feels decidedly slow on console, and zooming out on the 3D rendered mountain range didn’t exactly help me find my favourite spots on the map. Sure, you can mark points on it, but I often forgot to do that, or didn’t bother. There also seems to be no way to revisit slopes or cliffs in chronological order. I’d love a quick access menu for this very purpose in the coming weeks.

The UI seems well made for PC too, but not quite suited to the controller. The D-pad is left to command other actions, while left stick is (once again) used as a mouse.X is the effective left click. Shades of No Man’s Sky here.

As for the promise of multiplayer — there is, and it works surprisingly well for such a young game.

Steep gives users three slots to fill with friends, and gives gamers the chance to tour slopes and shred powder together. You can also join other players on the map. It’s a bonus facet that will make this already fun game even more interesting. The game does need a hub world though — be it a few communal cabins where users can meet and set up competitions, or just plan out a route — and it definitely could do with some proximity-based VOIP.

Progression is a bit confusing at this point. I’m not sure if completing challenges, performing tricks, or simply travelling and discovering points on the map awards more experience points. Also, XP effectively allows you to unlock more features on the map and customisations in your locker, so there’s that incentive. At present, there doesn’t seem to be any way to unlock trick combos, or better protective gear (this is remarkably necessary when hitting a tree head first).

Oh yes, customisation. It seems that every multiplayer games need funky hats, sparkly boots and bright pink wingsuits nowadays. Those are scant at present, but I can see these options eventually growing.

And finally, the selling point of this game, even at this stage of its development has to be the undeniable feeling of freedom. It’s utter escapism. It’s what No Man’s Sky promised us in August, and what so many other open world adventure games have before it. Steep isn’t so much a sports-orientated game than an adventure title. I wouldn’t call it an RPG, but snowboarding, et al. are only vehicles on which you can travel and explore. There’s seemingly no end goal, story arc, or definitive purpose. The only goal is to have fun, and that’s really what makes it such an endearing experience.

In many ways, the game beckons you to do stupid things, explore the world and push the envelope of what seems logical. Best of all, it rewards you for it.

Even though it has its issues — it needs a wad of polish and tweaks — Steep could be Ubisoft’s most adventurous, courageous and addictive game in quite a while 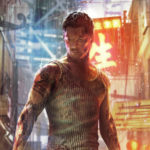