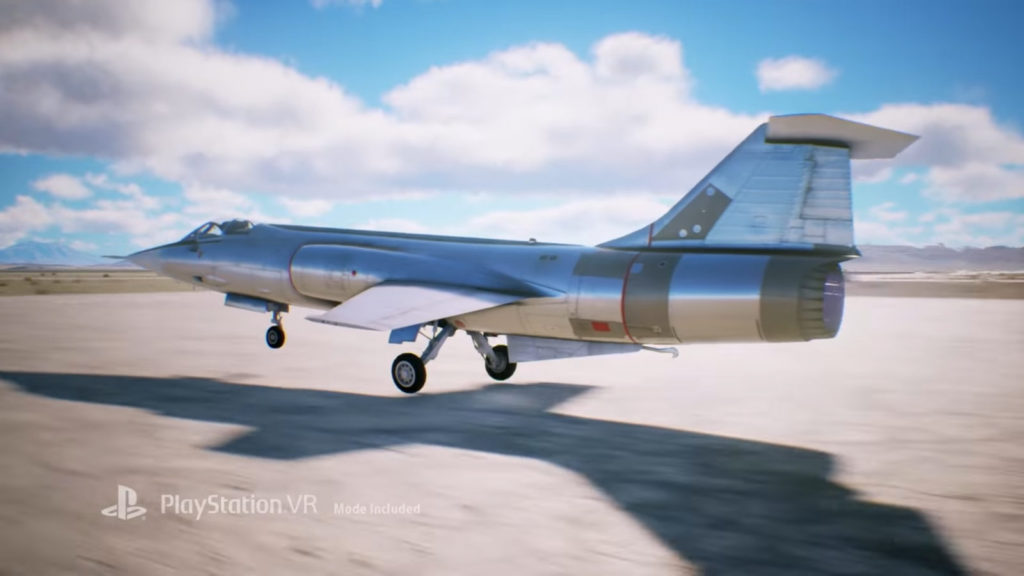 The latest Ace Combat 7 trailer has tongues wagging thanks to some laser-based weapons and typical gigantic flying wing aircraft. However, the appearance of the 1960s staple F-104 Starfighter was also eagerly pointed out by fans.

So that got me thinking, what other aircraft would we like to see in an Ace Combat title? We chose a few fighters that might make for an excellent fit.

The MIG 15 and MIG 17 have never featured in an Ace Combat game, perhaps owing to the fact that they’re just a little too basic compared to newer fighter aircraft.

Still, the MIG-17 can actually carry air-to-air missiles while retaining the monstrous 37mm cannon found on the earlier MIG. In addition to the gigantic cannon, the MIG-17 featured two 23mm cannons as well, making for a formidable close-range dogfighting platform.

And it’s not like the aircraft wasn’t iconic either, being the backbone of communist Vietnam along with the series-staple MIG-21.

Put it in Ace Combat because: It basically fires Energade bottles from its main gun.

How could you not love a fighter jet that looks like a classic sportscar and sounds like this? The 1950s era Hunter may be obsolete now, but it would still make for a welcome addition to the franchise.

Nevertheless, the Hunter made a name for itself throughout history, being used in numerous conflicts in the Middle East, the Indian subcontinent, Zimbabwe and more. Armed with four (count ’em!) 30mm cannons and Sidewinders, the Hunter can defend itself from fellow fighters of the time, but the ability to carry rocket pods and Maverick missiles makes it a decent ground-attack platform in a pinch.

Put it in Ace Combat because: It’s got classic lines and sounds otherworldly.

If the Hunter is a classic sportscar, then the Lightning is a classic F1 car, being built purely for speed rather than looks. Not that it doesn’t look like a beast, largely owing to the stacked engine layout and MIG-style nose.

A Mach 2-capable interceptor, the Lightning was designed to make quick work of Soviet bombers heading for the UK. The aircraft broke speed and altitude records, even being able to intercept a U-2 spy plane in the 1980s.

Put it in Ace Combat because: Who doesn’t want a jet capable of intercepting the Concorde? Yep, that happened.

Why would you want another obsolete jet aircraft from the 1950s on the list? Well, I’ve got two words for you: nuclear rocket.

The Delta Dart was meant to intercept Soviet bombers, using a single unguided Genie nuclear rocket to take out the whole flight. And it could also carry a guided nuclear missile, dubbed the AIM-26A. Those weapons alone make for a great fit in video games.

Otherwise, a top speed of just over Mach 2 and nimble handling makes the Delta Dart a suitable addition to Ace Combat.

Put it in Ace Combat because: Nuclear rockets. Do I really need to elaborate?

Another Vietnam-era plane that deserves more love, the fast yet nimble F-8 achieved success in the early days of the Vietnam War, as it tangled with the aforementioned MIG-17. Of course, F-4 Phantoms would eventually take on the lion’s share of air combat, but the Crusaders still made their mark as arguably the most successful US dogfighter of Vietnam.

The Crusader was equipped with four 20mm cannons, as well as two rails for heat-seeking Sidewinder missiles on the side of the fuselage. Otherwise, the Crusader could loft a variety of bombs too, making it a versatile pick for an Ace Combat game.

Put it in Ace Combat because: Why wouldn’t you include a fighter known as ‘The Last of the Gunfighters‘?

China’s most technologically advanced combat aircraft yet, the Chengdu J-20 is the nation’s take on the F-22 Raptor. In other words, you’ve got a stealthy look, complete with an internal weapons bay.

The plane is rather unique from an aesthetic point of view too – think the cancelled YF-23 stealth fighter but with peculiar delta wings and canards. It’s unclear if the plane has any guns for close-range combat though, but when has that ever stopped Ace Combat‘s developers from slapping them on a plane anyway?

Put it in Ace Combat because: It’s right up the developer’s alley when it comes to futuristic-looking planes.

The Harrier planes are nothing new to Ace Combat, as the USA’s AV-8B variant saw action as a playable aircraft in Assault Horizon and AC: Infinity.

Nevertheless, we’d love to see the definitive version of the aircraft make an appearance, especially due to its successes in the Falklands conflict of 1982. The subsonic plane proved it could be a capable dogfighter, downing Argentinian Skyhawks and Mirages, only suffering a few losses due to ground fire.

After all, who wouldn’t want to virtually pilot a plane capable of vertical takeoff and landing?

Put it in Ace Combat because: It’s one of the few iconic, battle-hardened fighter jets to never appear in the franchise (at least in playable form). 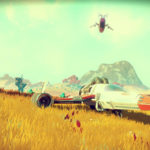