We’ve already seen Qualcomm announce the Snapdragon 835 chip for flagship phones. Now, rival MediaTek has revealed its 2017 chips as well, in the form of the Helio X23 and X27.

The X23 and X27 seem to fulfil the same role as this year’s Helio X20 and X25, with the X23 being the base flagship chip and the X27 being a slightly faster piece of silicon.

Much like its predecessors, the Helio X23 and X27 feature a 20nm design process and decacore design split into three core clusters. Interestingly enough, despite the high-powered ARM A73 core being available (and used in the Mate 9 already), MediaTek is sticking with the slightly older A72 cores.

The X27 features the same fundamental design, but increases the A72 cores to 2.6Ghz and ups one of the A53 clusters from 1.55Ghz to 1.6Ghz. The X27 also features a mild clock speed upgrade in the GPU department, going from 850Mhz to 875Mhz.

In other words, the chips don’t seem to be a huge upgrade over this year’s processors in terms of pure horsepower.

Nevertheless, the Chinese company seems to be making strides in the dual-camera department, claiming support for “premium dual camera photography”. Although the older chips were used for dual camera smartphones before in the form of the Redmi Pro, for starters. So how does the latest range of chips differ?

“MediaTek Helio X23 and X27 fully support dual camera photography with the upgraded MediaTek Imagiq image signal-processing solution. The MediaTek Imagiq ISP is the first to integrate colour and mono cameras and depth-of-field applications into a single ISP aimed at both quality and functionality for photography,” the company explained in a press release.

The MediaTek Helio X23 and X27 aren’t big upgrades on paper, but your next dual-camera smartphone might have these chips

Otherwise, MediaTek claims power-efficiency improvements across the board.

“Both products deliver more than a 20% overall processing improvement and significant increases in web browsing and application launching speeds based on MediaTek-engineered advancements in the CPU/GPU heterogeneous computing scheduling algorithm.”

MediaTek says that smartphones with the new chips will be available “soon”. 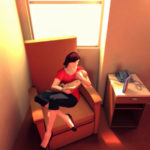