Google has been on a tear lately in the hardware department, launching a variety of gadgets in the past few months. But South African and African consumers shouldn’t expect these devices to be officially available anytime soon.

“Google says it has no immediate plans for hardware in SA or the broader continent,” a local representative told Gearburn in response to an email query.

In other words, you’ll either need to find local resellers or use a service such as Aramex or Ship It To to get your preferred Google hardware.

The news comes just over a month after Cellucity cancelled preorders for Pixel phones in South Africa.

“Google will not be launching the Google Pixel in South Africa — or any country that does not have Google Assistant active,” Cellucity wrote in an email to customers.

“Usually, this would not stop us from importing a device directly from alternative market but, in this case, Google are not able to supply us with European compliance certificates. Without this, there is no way to get Icasa approval for these devices.” 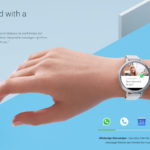