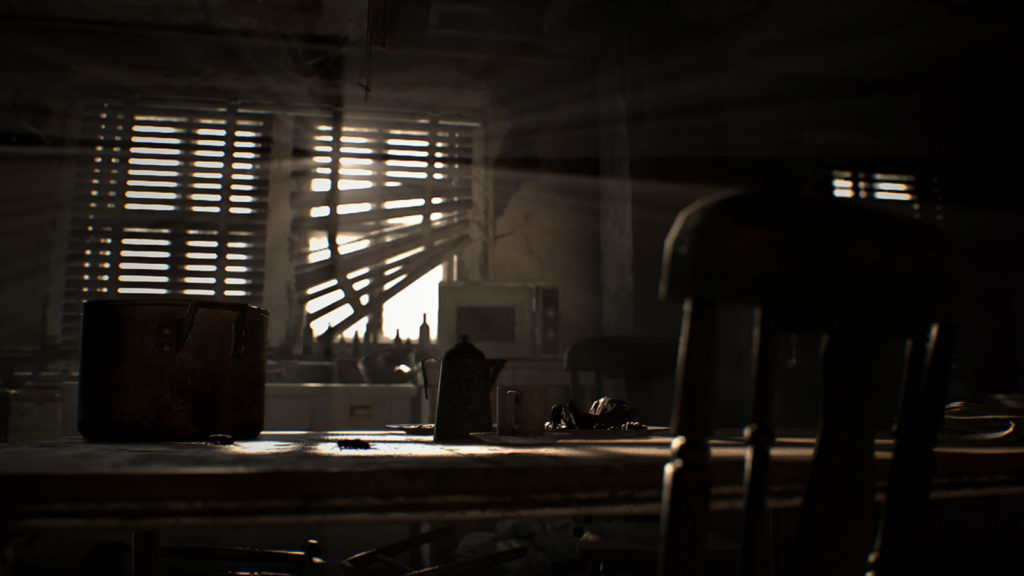 The day is finally upon us as Resident Evil 7: Biohazard is unleashed upon the world. It marks the first core title in the Resident Evil series since 2014 and one that is vastly different to almost every previous entry. I’ve played around two hours of Resident Evil 7, but the question is, what do I think of it so far?

Firstly, Resident Evil 7 is not a game for kids. Seriously, do not purchase this for your children due to its intensely graphic scenes and terror-inducing gameplay.

As you’ve probably seen from numerous developer interviews and advertising, the game returns to its roots in a strong way.

It’s full of puzzles, dark and dingy rooms, deathly mansions, as well as a general macabre atmosphere. There’s none of the all-out action from quite a few of the later Resident Evil games; in fact you can’t go all-out here as there’s limited ammo. Seriously, there’s a distinct lack of healing items and weapons so far, which only adds to the overall tension of the game and gave me a bit of anxiety.

There may have been a few moments when I shouted “No! No! No!” while trying to turn my character around and run away from whatever threat was after my life. You really need to know when to run and when to stay and fight. And depending on the enemy, leaving them in one section of the house or wherever you are, doesn’t mean they’ll just vanish. Remember the Nemesis from Resident Evil 3: Nemesis? Yeah, he was a walk in the park compared to the enemies in Resident Evil 7.

From the get-go, the game’s aesthetics are gorgeous. If you’re ever seen the 1974 or 2003 edition of The Texas Chainsaw Massacre, you’ll have an idea of what I’m talking about. If not, everything (thus far) is old and dilapidated, there’s rotting food and mould strewn about the place, and everything is decay. All of the characters look like they need at least an hour in a chemical bath. It’s both gross and fantastic.

There were a few hiccups here and there, such as low-resolution or blurry textures, screen tearing, and a stutter or two. These are extremely minimal and shouldn’t be noticeable unless you’re actually looking for them.

The game’s initial loading times are also long, but that’s because it loads the entire area; it adds to the tension as well as there are no more loading doors.

The game is exciting and it’s been years since I’ve truly wanted to sink all of my spare time into a Resident Evil title. I look forward to getting home this evening.