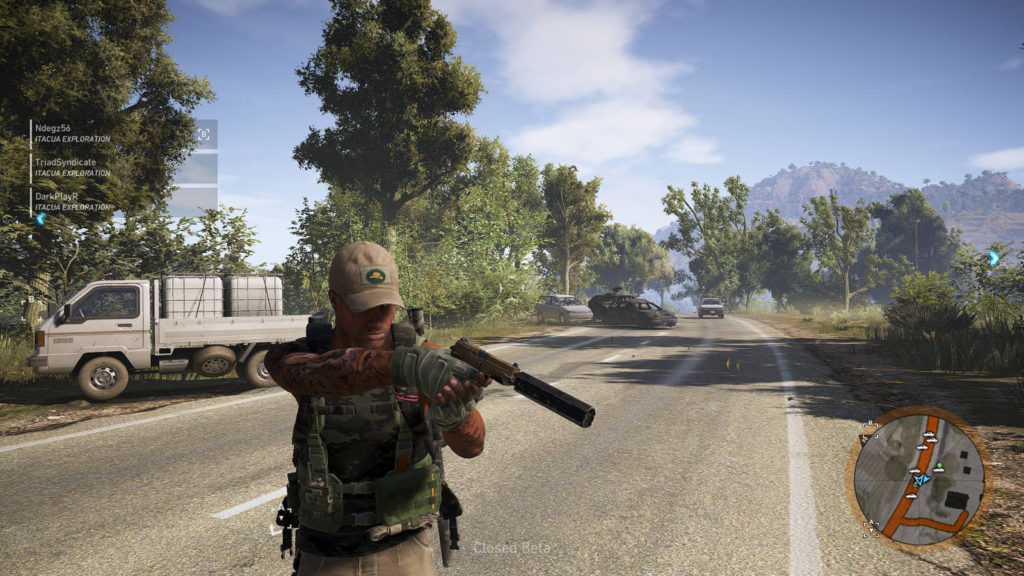 After a good few hours of playing the Tom Clancy’s Ghost Recon Wildlands beta, playing both single-player and multiplayer modes, I still seem to have mixed feelings about the game.

I decided to play the single-player mode before even touching the multiplayer, and what I found was that I was either annoyed or completely chuffed at the way the AI teammates responded.

When I was critically wounded, the AI managed to come to my aid incredibly fast, almost abandoning the mission objective and providing cover fire of sorts. However, sending your AI counterparts into specific locations wasn’t particularly effective, especially when setting up sync shots.

What I found instead was that you could set up a sync shot from seemingly anywhere, without having to position the squadmates in a strategic location.

It wasn’t always the big things that irritated me though. When I first got in a vehicle, I assumed my AI teammates would have the ability to drive, but this unfortunately isn’t the case.

AI fire works as expected (not the best but it works) while driving, but it took them a while to successfully stop a convoy. Their accuracy and ruthlessness, in general, varies a bit. At times they were menacingly skillful with their weapons, while other times saw them merely being bullet sponges.

So how does this compare to the multiplayer experience?

Well, strangely enough, it all depends on how many team members you’re playing with.

When you join a game, no matter if you drop in on one player or join a team of two, all your AI team members will disappear.

However, I only very rarely dropped into a game with one player. It was either a team of two or three, while there was also the option of joining your friends before a game. 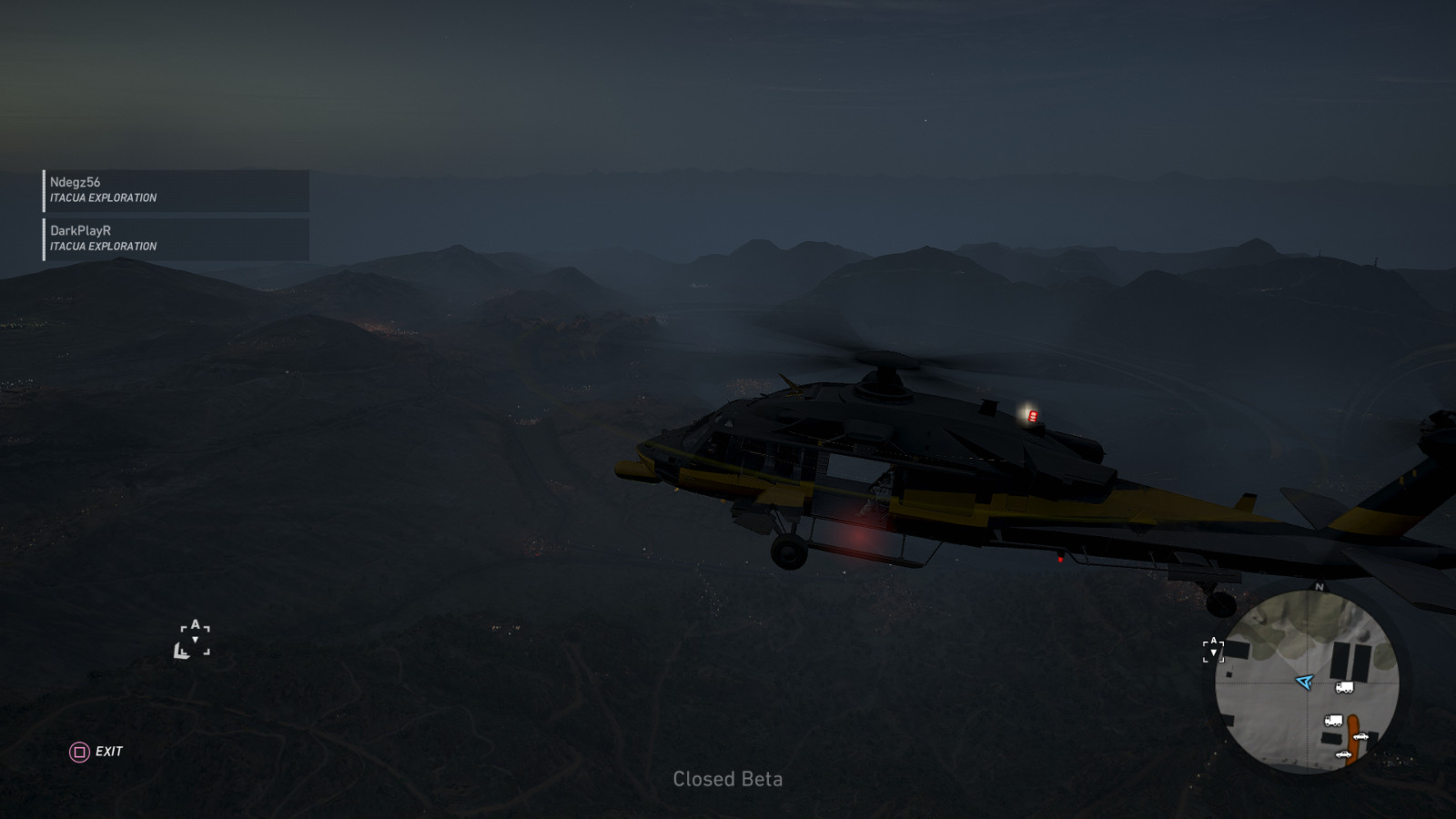 It has to be noted that, when playing with friends, things will go wrong… if your friends are like mine. The one is methodical and tactile, and the other is a raging cannonball only equipped with heavy weapons. So it came as no surprise that we totally abandoned missions to muck about.

Since there’s no PVP mode, we would race to see who would open their parachute last, we would also randomly mow each other down in vehicles. Now, if your team was anything like mine, you’d be entertained, but you also wouldn’t get anywhere.

It must be noted though that when we got pretty serious about taking out a post or stopping a convoy, we got it done. The precision and seamless actions of a team filled with real people often worked better than it did with an AI team.

This was because not only is your team of real players capable of decision making, they’re also able to react to situations a lot better.

Granted, someone would miss a sync shot or two or go rogue and unload hellfire on anyone in the vicinity. But the results were still better and a lot more fun than with AI teammates.

The online experience and presentation

All of that aside,  you might be thinking how the servers fared — pretty well actually. The only time I got kicked from a game or got hit with lag was due to my own fault. But then again, the beta only features a small portion of the map, so the game might experience more stress on the full map.

Speaking of stress, you don’t have to worry about the game overloading your console. The graphics (granted, it’s still in beta) were quite bad, with most elements feeling flat and jagged. The character customisation and models were good though. One of the players in my team noted that if the map were smaller, maybe the game would’ve looked better… 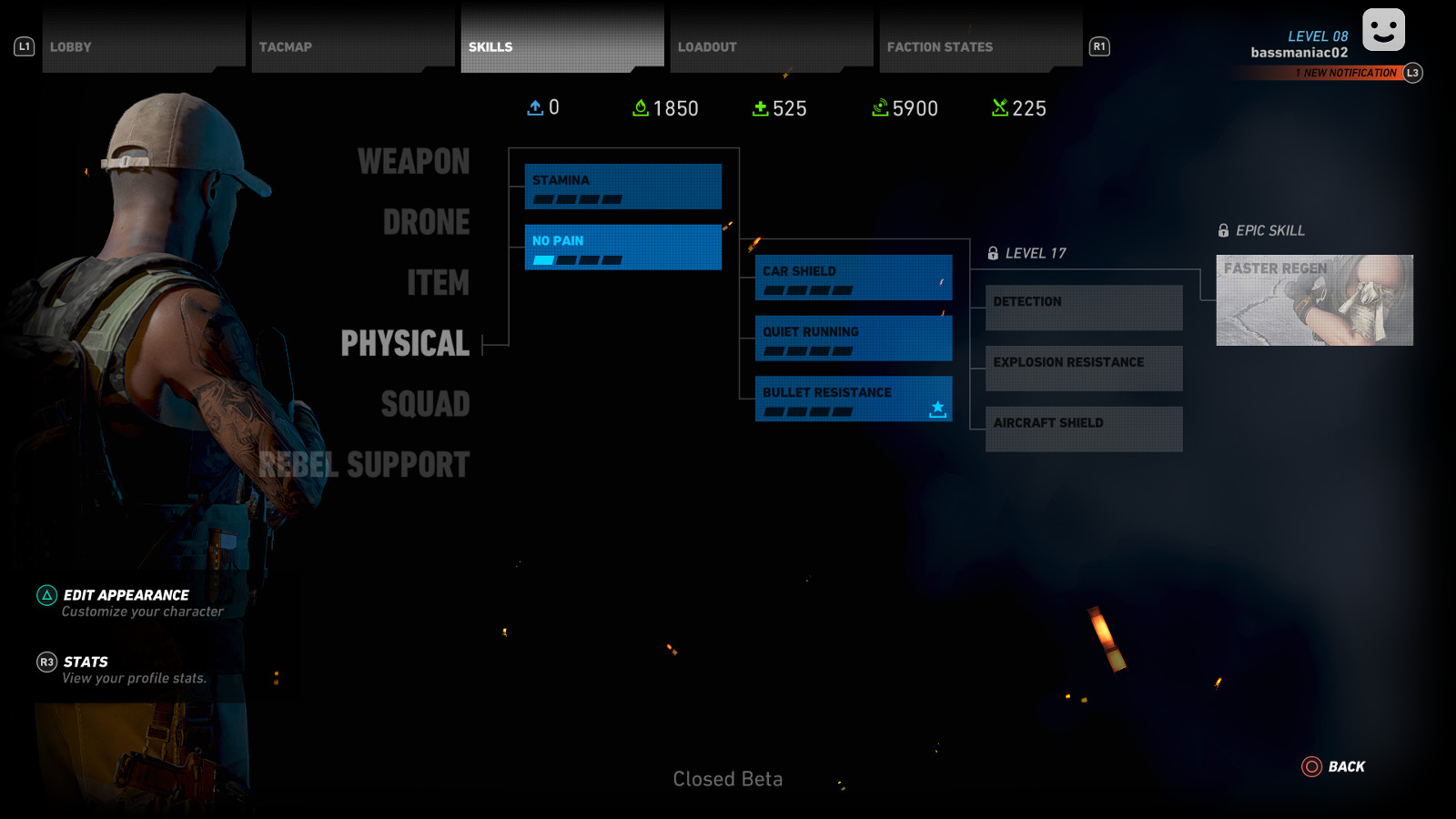 Aside from the bad graphics, everything else seemed to be fine. The weapons are satisfying and packed quite a punch, and there was a pleasant variety of arms at this stage.

The weapon sound effects felt pretty solid as well, as though I was shooting a rifle or firing an SMG. And the customisations, accessed through the gunsmith option, were pretty varied too. But it all felt very familiar, as though a lot of systems from The Division were incorporated into Wildlands. Especially when it came to the gunsmith mechanic.

I guess what I really enjoyed about Wildlands is the fact that you get two primary weapons and a sidearm, and transitioning between any one of them was so seamless, It felt a lot sharper than changing between weapons in The Division.

Aside from punting the gunsmith mechanic, the promotional materials also shine a light on the game’s skill tree, which is pretty simple and easy to use. My suggestion is that when you’re starting out, work toward getting your parachute and grenade launcher (all obtainable through the skill tree) as they really come in handy. Thereafter, work towards upgrading your gear and then lastly, yourself.

I’d hate to judge Wildlands based on the beta, but if I did, I’d say you should skip it if you don’t intend to play online. But online gamers will definitely have plenty hours of fun. 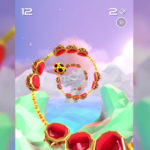