By Megan Ellis
Read nextNintendo Switch: what do reviewers think? 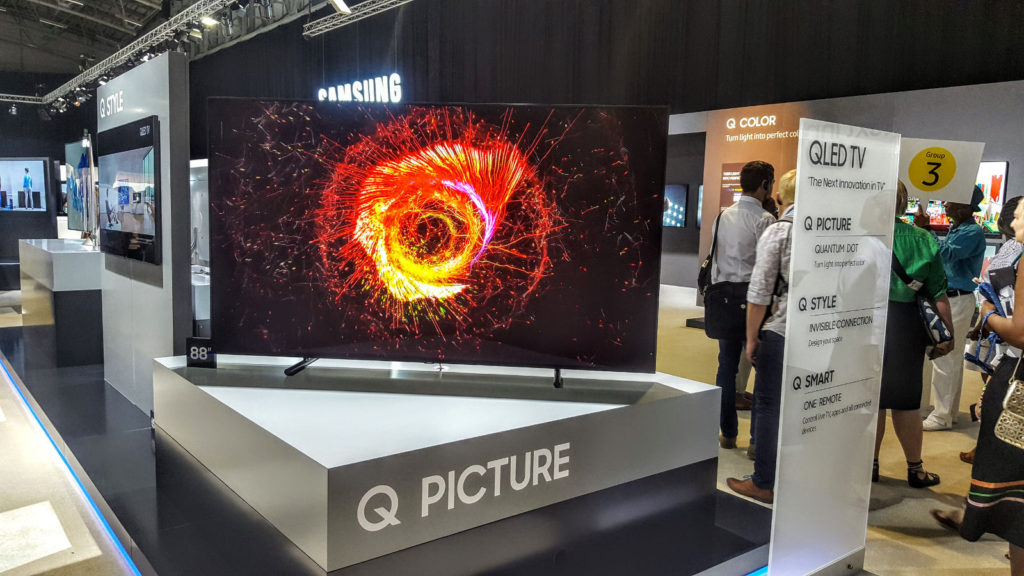 Samsung Africa Forum 2017 has come and gone, with the giant electronics corporation outlining its plans for Africa this year. So what’s on the horizon for South Africa?

From smart home devices, to QLED televisions, South Africa is set to be on the receiving end of many of Samsung’s newest innovations. In addition to the forum presentations, we spoke with Samsung Electronics South Africa Director of Corporate Marketing and Communications, Michelle Potgieter, as well as Michael McKechnie, Samsung South Africa’s Director of the Digital Appliance Group.

So what is in store for us this year?

One announcement that slipped under the radar, but is one of the most exciting, is Samsung’s plan to bring the “Smart Home Revolution” to South Africa by the end of the year.

While Samsung smart devices, like their smart TVs, have been available in South Africa for some time, what’s set to change the game for consumers is the introduction of SmartThings.

SmartThings, which has already been piloted in some Western countries, is a hub that can connect to various devices, while being controlled by a free Samsung app.

The good news is: you won’t have to have Samsung-only devices in order to take advantage of the smart home offerings.

“Where the excitement of SmartThings is, is that it allows an IoT hub to interconnect a third-party device,” McKechnie says.

In fact, Samsung’s SmartThings site markets the hub as one that “plays nice with others”. In terms of voice assistants, Google Home and Amazon Echo are compatible with the hub. Meanwhile sensors, lights and appliances from a variety of brands, including NetGear, Philips Hue, Halo, Leviton, and Bose; also work with the hub.

However some of the great potential of SmartThings is in its outlet product. For example, the SmartThings Outlet allows you to program certain regular appliances and devices (such as lamps or a coffee maker) to switch on when SmartThings senses motion or when you send a command via the app.

This outlet means that you can essentially take a non-IoT product and integrate it into your smart home ecosystem.

McKechnie says that Samsung plans to market its smart devices heavily in South Africa in the coming year, thanks to the increased proliferation of fibre internet connections and increased interest by distributors.

We won’;t have to wait too long either, according to McKechnie, who says that we can see the introduction of these products within the next quarter.

While it’s expected that premium consumers will buy into smart devices first, Samsung ensures that smart appliances will be available at a variety of price points for those who have tighter budgets.

However whether Samsung is planning on rolling out its own AI assistant to go with its smart home ecosystem has not been confirmed, with McKechnie saying it’s not his area of expertise.

One of the most hyped products showcased at Africa Forum 2017 is Samsung’s new range of QLED televisions.

According to Samsung, the quantum dots are nano-sized particles which enable the expression of different colours. With HDR technology at a peak brightness of 1000 nits, there is also increased detail in the images on QLED screens.

Samsung has marketed quantum dot technology as the next big innovation in televisions, even going so far as to say it is “the origin of the next TV”.

for the 75-inch version. Its Q8 range of curved panel 4K models are available from R46 000 for the

What can we expect on the mobile front?

We spoke with Michelle Potgieter to find out what Samsung has in store for consumers in term of smartphones and mobile products.

Obviously, because no smartphones have been officially unveiled by Samsung for 2017 yet, Potgieter couldn’t reveal many details. But what did she have to say?

She confirmed that Samsung’s new flagship is on the horizon. “That product has been designed to set the way” for the expansion and improvement of Samsung’s mobile ecosystem, which includes VR and wearables.

She added that a range of new mobile products are set to be launched from April throughout the rest of the year.

Samsung also plans to not relive its mistakes from 2016.

In terms of the Note 7 debacle, Potgieter says that Samsung has learnt from the issue and has carried over this knowledge into the development of their new phones.

“Samsung took a bold step to say ‘we’ll fix it and we’ll learn for our mistakes and we’ll grow,” she said. The company publicly released a report on what the issue was (skew battery anodes which overheated) and plans to not repeat the same mistake.

Pricing of these products remains a challenge which will need to be addressed in light of South Africa’s economy and the increase in the fuel levy. However Potgieter says that Samsung will be working with distributors to give South Africans the best price possible.

News for the appliance geeks

While some of us may scoff at the “uninteresting” announcements of Samsung’s new washing machines, fridges and air conditioners, there are some pretty handy innovations coming to South Africa for those that can afford it.

One interesting development is Samsung’s AR9500M air conditioner – which comes with wind-free cooling technology. It’s a pretty cool idea [lol -ed] – and one you might buy into if you too have been embroiled in office air-con remote wars. According to Samsung, you won’t have to endure blasts of cold air to the back of your neck while your colleagues try to cool down.

Samsung is also launching its new top mounted freezer (TMF) fridges, which are said to save more power while also locking in moisture. The new models will cost between R12 999 and R15 999.

The company’s latest washing machine innovation solves a problem you won’t have truly realised you had until now – forgetting something in your laundry load and being unable to add it until after the cycle.

This is where Samsung’s new AddWash technology comes in – it allows you to use a small door in the front loader cover to add anything you forgot in your load.

Many of these appliance also form part of Samsung’s range of smart appliances – with even the AddWash machines being compatible with Samsung’s Smart Control app.

The 9kg variant of the washing machine will be selling for around R9 599 while the 12kg model will be sold at a recommended price of R15 499. 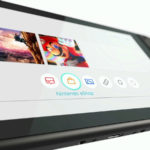