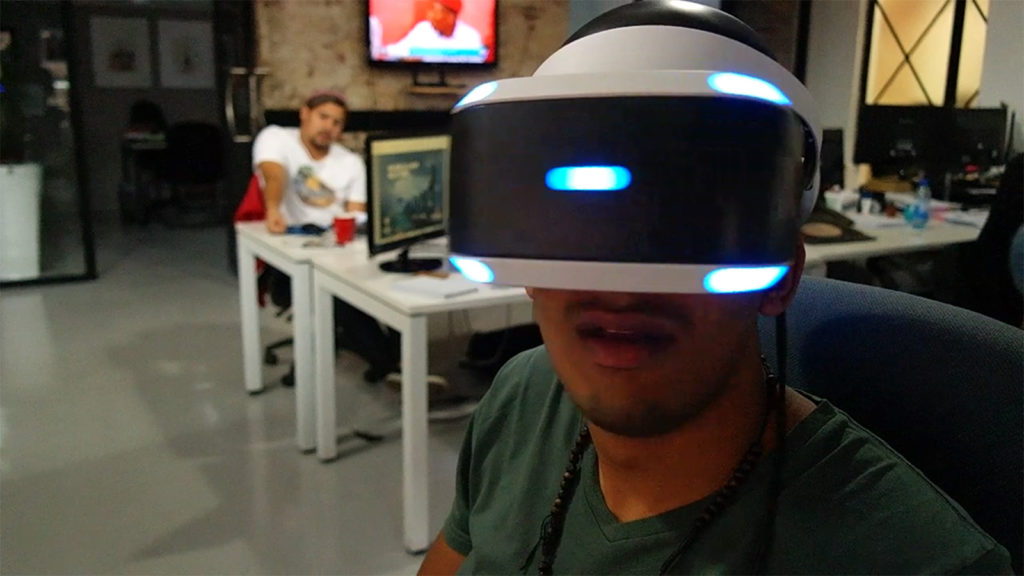 Here at Gearburn we’ve had many discussions around the PlayStation VR. ‘Will it work?’, ‘will it be feasible?’, ‘would you buy one if it were cheaper?’, these were the questions we asked ourselves, and the resounding answer was ‘no’ [I thought it would work – ed].

I wish it were that simple though because that answer might not be a testament to the enjoyability and the potential of the device. Although I might be speaking too soon.

Setting the device up was a chore in itself (once you’ve done it the first time, it becomes easier), with the multiple wires and connectors being a daunting job for anyone at first. Consulting the handbook wasn’t very helpful, honestly, if you can YouTube the setup of the device, you’re better off.

Once it was all done, which took a good few minutes with all the unboxing and calibration, you would imagine that it would be plain sailing. That’s where I felt my initial hardship with the device would end… as you’ll soon see, I was wrong. Placing the headset on, I set out on my space adventure that is Eve Valkyrie. That’s when I realised how much potential the VR holds, but it’s also where I realised its limitations. Looking around the ship, I was taken aback at how the device used imaging and sound to make me feel slightly immersed. And I say “slightly” because of the simple fact that the headset doesn’t completely block out all the outside light. But other than that, I really did feel like I was in that piloting seat.

As my ship launched via a catapult, I was mesmerised, watching the world pass me by. But, once it happened the fourth and fifth time it became repetitive and lost its appeal. The same can be said with the combat.

When engaging in large-scale space battles, I did get a bit of motion sickness and there wasn’t really a good sensation of speed. What I did like, however, was using the headset to aim at my targets.

Tracking enemies that flew by me, having to physically turn around to chase them down, felt real, it felt natural.

The PlayStation VR as it stands is very hit and miss, but there is hope

This device is honestly conflicting. Even though you have to physically move to track enemies, the wires would always get in the way. And the earphones are incredibly short and always pull on the headset connector. There were times when I whipped my head around to find an enemy and almost pulled my system to the ground, owing to the short cables.

The question was posed in our office one day: what if it were wireless? It would be a lot better to use and carry around, but at the same time, there might be a delay in responses. But it’s clear that if it were successfully wireless it would make for a less clumsy experience.

This brings me to my next point: the device is meant to stay at one household. Sony might not have stipulated it, but packing the thing up to take to a friend required a large duffel bag, just to accommodate the endless wires. The small annoyances don’t just end at the effort it takes to set up and travel with. The gaming library grew exponentially since the launch of the VR, yet never offered anything else besides gimmicks. The roster so far for VR-compatible games don’t offer much substance and the device’s entry price and somewhat expensive games serve as a big barrier to entry.

Another annoyance is that the camera has difficulty judging distance, making me either stand all the way at the back of the room or right in front of it to be properly calibrated.

Ultimately this first experience with the device has been somewhat conflicting. I enjoyed some of the games I got to play so far, not immensely though. On the other hand, I hated setting it up and travelling with it. Then there’s the price, as anyone with a middle-class income wouldn’t really be able to afford it, let alone keep up with the games released.

However, I do have hope for the device’s success. It’s good to keep in mind that most first-generation systems can always be improved upon in a big way. If you look at it in that way, the PlayStation VR has a foundation it can surely build on. 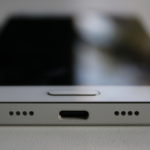