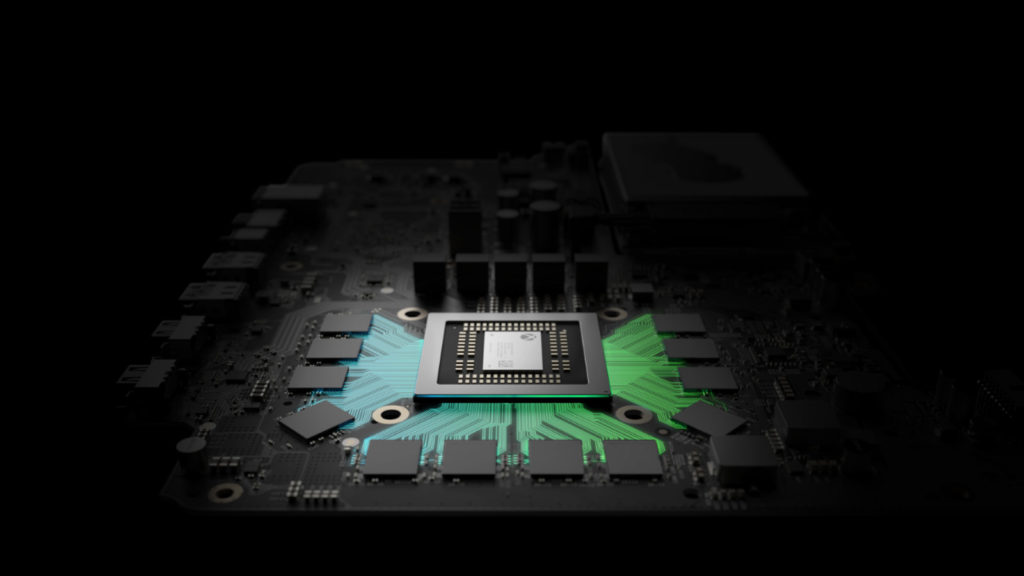 Microsoft has teamed up with prominent gaming publication Eurogamer to reveal the specifications behind its Xbox Scorpio console. And it’s clear that the machine is a notable step up from the PS4 Pro.

The new console sports a 2.3Ghz “custom” octacore processor, being an evolution of the Xbox One‘s 1.75Ghz Jaguar CPU “but subject to extensive customisation and the offloading of key tasks to dedicated hardware”. By comparison, the PS4 Pro features a 2.1Ghz octacore AMD Jaguar processor.

RAM sees a massive bump in speed and quantity though, with the Xbox One Scorpio opting for 12GB of fast GDDR5 RAM — 4GB is reserved for the operating system. The Xbox One opts for 8GB of DDR3 RAM (and 32MB of ESRAM) while the PS4 Pro opts for 8GB of fast GDDR5 RAM. Microsoft is also claiming memory bandwidth of 326GB/s versus the PS4 Pro’s 218GB/s.

All in all, the so-called Scorpio Engine system-on-a-chip (SoC) is also built on a 16nm FinFET manufacturing process and features seven billion transistors. Worried about cooling? Well, Microsoft has taken to using vapour chamber cooling, as well as a “custom designed adapted centrifugal fan”.

Two other notable specs include a 1TB hard drive (those 4K textures will fill up the drive very quickly) and an 4K Blu-Ray drive.

“What we did was to take PIX captures from all of our top developers… By hand we went through them and then extrapolated what the work involved would be for that game to support a 4K render resolution,” says Andrew Goossen of Microsoft. This then influenced the design of the new console.

Want to share your favourite gaming moments with friends and the world? Well, the Xbox GameDVR feature has also seen improvements, in the form of 4K/60fps and HDR support.

“What Microsoft calls retroactive screen capture is also introduced, meaning you can move through your captures frame-by-frame to take out the best shot, without having to press the screenshot button at exactly the right time,” Eurogamer reports.

Otherwise, we haven’t seen a final design, price or release date. So expect this and more at E3.